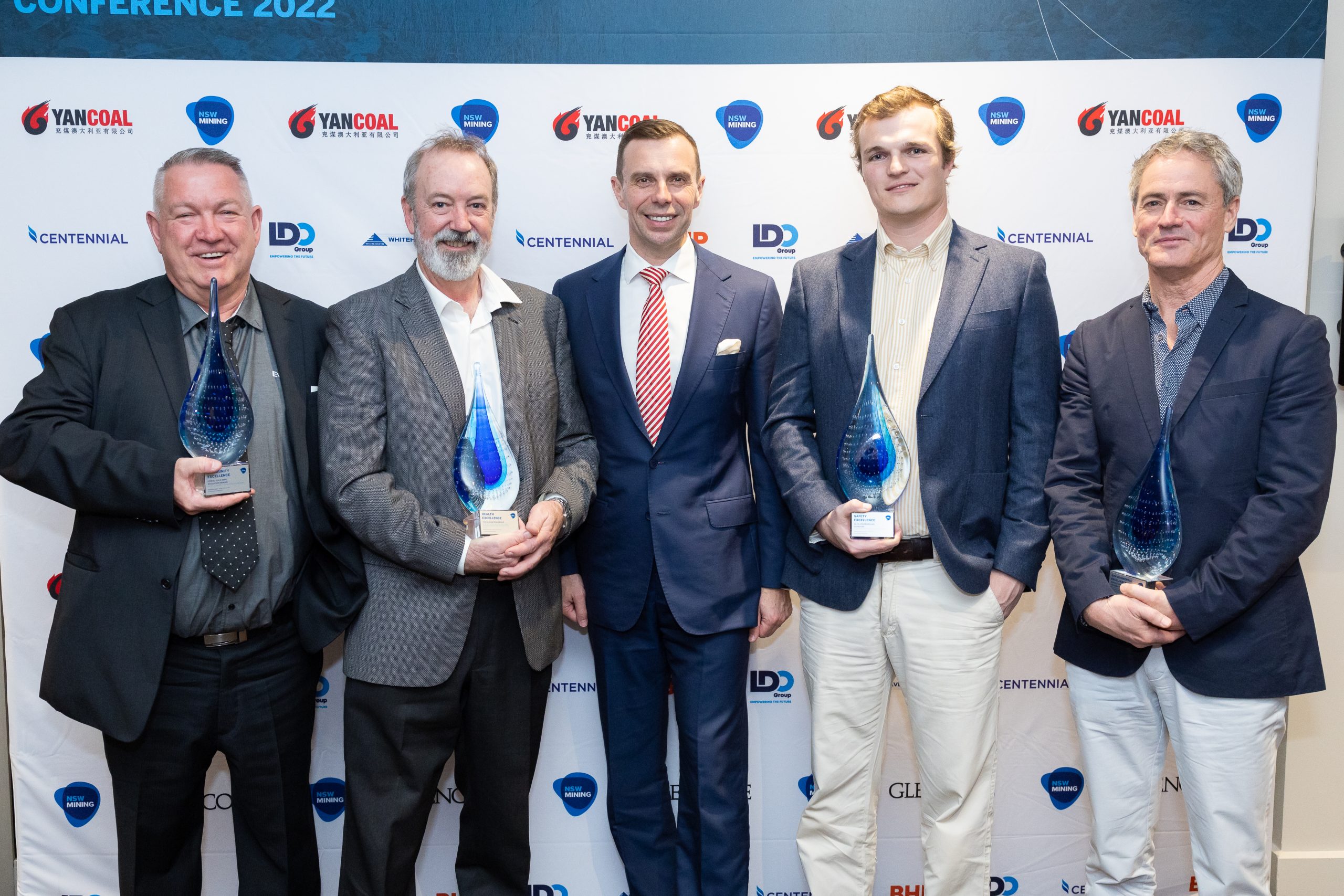 More than 500 people came together at the NSW Mining Health, Safety, Environment & Community (HSEC) Awards on Monday July 25 to celebrate the achievements of our industry. We congratulate not only the winners and finalists of these important awards, but every single person in our industry who strives towards excellence.

Putting mental health on top of the agenda

In 2019, a Critical Hazard Workshop involving input from over 400 Bloomfield employees highlighted that poor mental health and worker distraction present a significant risk of fatality across the business.

The MY Mindset program commenced with the adoption of the well-known model of a periodic medical. However, instead of a check predominantly focused on physical health, a MY Mindset bus visited every site and gave every single employee a 20-minute one-on-one dedicated mental health awareness session with a member of the business’ Employee Assistance Program (EAP) team. The resulting uptake was high, with 96% of the workforce participating.

The approach broke down barriers and increased the likelihood of workers accessing mental health support when they needed it, resulting in a 54% increase in the level of uptake of the EAP service. What was once a taboo topic was now being spoken about as workers began talking about mental health with their workmates.

The idea was generated from the front line, where employees were applying shotcrete and plaster products in low ventilation areas. Through consultation between the workforce, the Ventilation Officer and content experts, the dust extraction system was designed with the intention to extract dust at the source.

The system has no moving parts and uses a Clarke Airflow 100 venturi air mover to extract the dust generated by equipment used to mix and apply cementitious products. This simple, innovative idea is easily replicable at a low cost.

Trials have shown that when using Mr Snuffleupagus, the respirable dust level is considerably reduced below workplace exposure standards.

When the 126-year-old West Wyalong Advocate announced it would close its doors in December 2020, it was a devastating blow for the district. The community lost its local voice and a key custodian of the town’s history.

For Evolution Mining’s Cowal Gold Operations, closure meant losing its primary means of communication with the local community about developments, initiatives and jobs.

Rather than witness the extinction of local news, Cowal Gold Operations consulted with owners, community stakeholders and the Bland Shire Council to find a way to revive the paper, without compromising its independence.

The result is the West Wyalong Advocate Foundation. The Foundation is a not for profit organisation and will have an independent board of directors. Most of the paper’s staff have been re-employed.

After a four-month hiatus, the West Wyalong Advocate was again published on the 14th of May 2021.

The collaborative project has been the most successful noisy miner management program in Australia, leading to two peer-reviewed scientific publications and establishing a framework for how and where to manage noisy miners in other biodiversity hotspots.