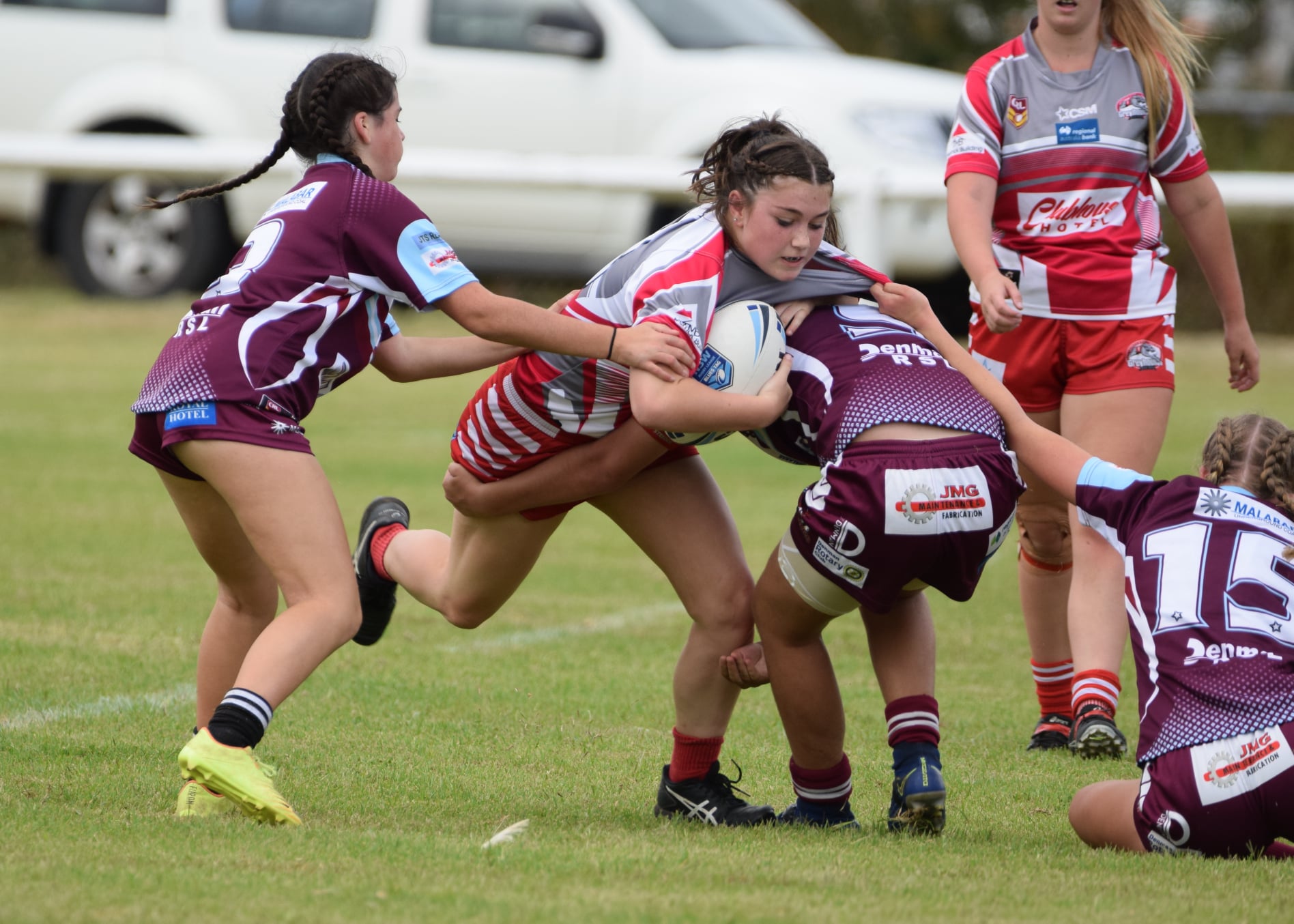 Singleton Junior Rugby League are participating in Group 21’s first ever Women’s 9s competition hosting the final round at home on Saturday April 9, coinciding with the official launch of their partnership with Battlefields to Footyfields.

The Group 21 Women’s 9’s competition is a social preseason competition to promote and get young local women across the group involved in tackle football. Last season Singleton had their first ever women’s tackle team in the under 15’s age group playing in the Newcastle Combined competition and this season are fielding two – under 15’s and under 13’s.

“The girls have been training hard in preparation for the normal season and the 9’s competition is a great opportunity for new players to test out the game,” said Jen Rudder, Secretary of Singleton Junior Rugby League (SJRL).

“After the flood we were able to reshuffle our home round to Saturday April 9, so we’re excited the teams will get to show off their skills on home turf as we have a lot of talented young players.

“This date will also be the official launch of our partnership with Battlefields to Footyfields who will provide referees from the program to officiate on the day.”

Headed by Tony Archer, Senior Manager – Officiating Development and Pathways, National Rugby League, the program aims to offer the opportunity for current and former serving personnel and their immediate families to get involved in the local community through rugby league. It provides much needed fully trained, accredited, and supported volunteers to our community clubs.

Initially commencing with training veterans as referees, the program has expanded to include sports trainers and has launched the introduction of a coaching pathways as well. “This is such a beneficial program for all those involved,” said Tony.

“To have Singleton come on board as our first Battlefield Community Club is exceptional with Singleton having a strong affiliation with both Rugby League and the Defence; this program will play a critical role in joining the two.”

Singleton JRL has been lucky to enough to have already benefited from the program and a strong relationship with veteran Troy Burgess, the NRL Program Officer and the club has been forged. Former club President’s Kev Lomax, Brett Ward and Troy were instrumental in enabling the club to recruit much needed sports trainer’s last season, who played a vital support system for the international teams and on mini home games throughout 2021.

The benefit for the club and the participants in the program is illustrated by PTE Ishaan McNeill who was trained as part of the program as level 1 sports trainer and joined Singleton last year. McNeill said, “It has helped me primarily in engaging with social activities outside of work.”

“It’s been especially beneficial for my physical and mental health by creating opportunities to meet others and has expanded my First Aid education with insight into common sports injuries.”

SJRL President Kurt Rudder explained the benefits for the club: “We’re excited to make our partnership official with Battlefields to Footyfields and to grow our volunteer base at the club while providing the opportunity for more veterans to get involved in community sport in a supportive environment.”

“We can’t wait to see the program expanded in 2022 and see more referees, trainers and coaches involved in the Greyhounds.

“We’re already seeing the rewards in being able to host our Women’s Tackle round at home with their support so we hope to see plenty of people down at Cook Park to support our teams and the Battlefields to Footyfields program.”

If any current or former veteran and their families are interested to know more or want to get involved with your local club as a volunteer and you’re not sure where to start, contact Troy Burgess battlefields@nrl.com.au.