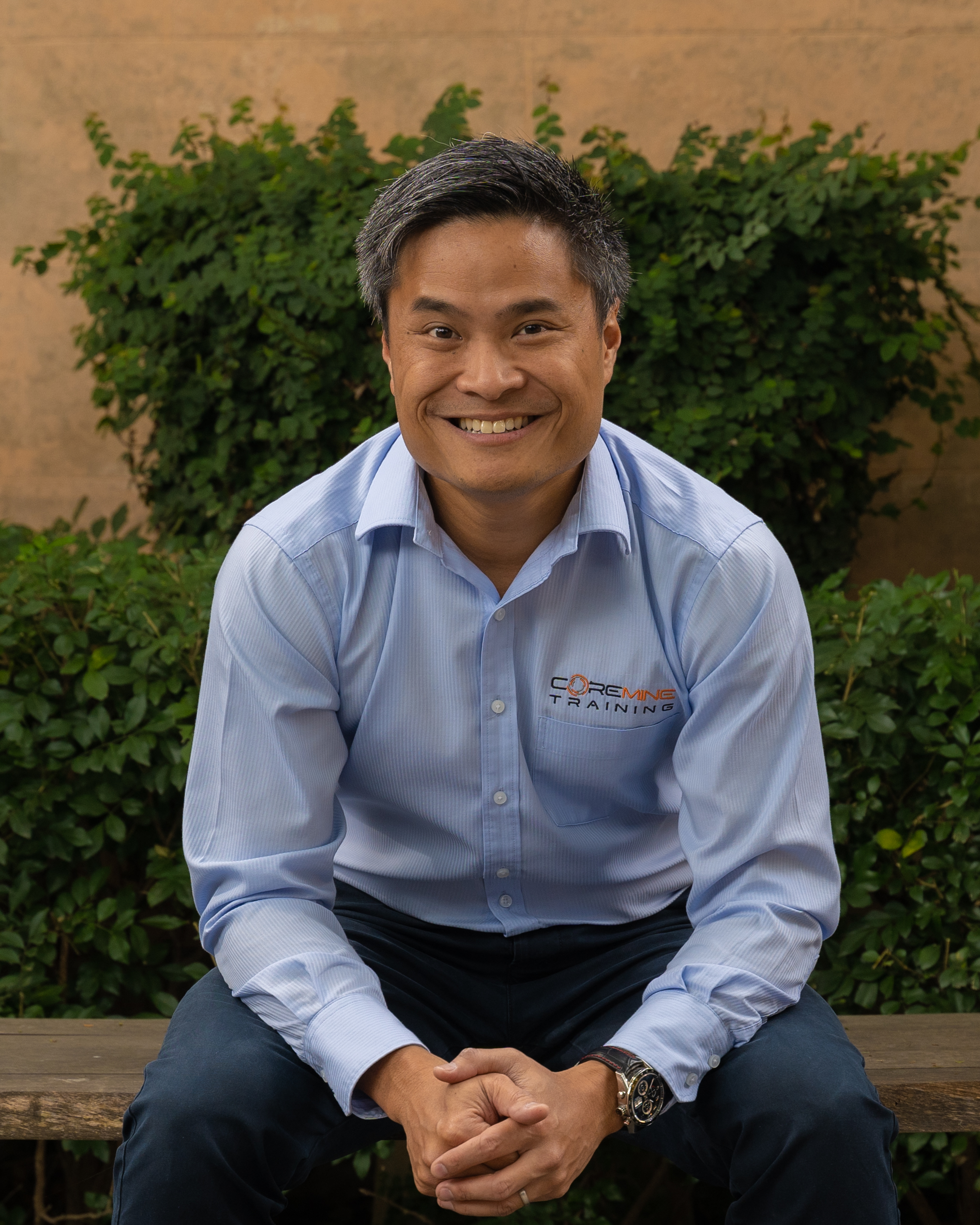 Kim Nguyen has left the security of a successful career with a mission. To help others succeed.

For more than two decades Kim has been working in the Valley in open cut mining. After completing an engineering degree in 2001, he’s been on a successful career path that has seen him work across many Hunter mines in many roles, leading all the way up to Operations Manager.

In 2010, Kim gained his Mining Engineering Manager (MEM) qualification and experienced firsthand the arduous process it is. Later, he was invited to be an Examiner for MEM’s and Open Cut Examiners (OCE) and then spent the next 9 years working with the Coal Competence Board which provides the certification for OCE’s and MEM’s.

“Watching people come through, I realised that there was no real support for those gaining their OCE and MEM qualifications. There’s not really any guidelines, it’s all self-taught and the standards are very high,” said Kim.

“These are important safety roles with high standards, but what I saw was that there wasn’t much support to help people achieve those standards. It wasn’t for lack of capability or trying that stopped people gaining their qualification, for many it was a lack of the right support.”

Pass rates have been less than 50% for OCE’s and MEM’s since 2013. Kim believed this showed there was a real need for quality training relevant for OCE and MEM candidates wanting to obtain their qualification.

“There was nothing here in the Hunter to provide that training, yet we are at the heart of mining in NSW. That’s when the idea began to form that maybe I could do something to change that.”

But it was just an idea. Kim had a great job and with a young family to support striking out on his own was a risk he was not ready to take.

Then in late 2019 a string of personal tragedies occurred and became a catalyst for Kim, shifting his perspective to what was important to him. He realised that if he could help others succeed, then that’s what he should be doing.

“I really reassessed what values mattered to me. My parents are Vietnamese emigrants who came to Australia escaping a war-torn country to make a life here. Gratitude was a value that they instilled in me and a part of that is giving back to others if you can.”

“All through my career I gained immense satisfaction watching people achieve their goals. And I realised that by taking this chance I would be able to do that every single day.”

Thus, in 2020, Core Mine Training was born. For people looking to obtain their OCE and MEM qualifications, Kim helps them with guided programs and coaching and mentoring. With the recent changes to NSW legislation requiring OCE’s and MEM’s to gain maintenance hours to keep their qualifications, Kim is also there to see them through it.

“It’s a complex scheme and there’s little in the way of training to satisfy the hours but we can manage this entirely. We’ve also created an app that simplifies the entire process and allows the users to maintain their competence. It gives you piece of mind that you will be compliant, and we are there to guide you through every step.”

Core Mine Training has also started up a partnership with Pegasus Training. Kim says they will completely revitalise the entire OCE certification process for both accredited and non-accredited training and there’s some very exciting things ahead.

But one of Kim’s proudest achievements so far is the hosting the first NSW’s OCE forum here in Singleton in April. “I was blown away by the turn out we had, especially as we only had a few weeks lead in time. Because of that we are already planning our next forum in August and we are expecting it to be even bigger.”

Kim said these forums are not just a great networking event for OCE’s, MEM’s and safety professionals, but it’s a place where they can learn new skills in leadership, technology, legislation, and workplace culture. And above all, it’s about creating a support system.

“When I first stepped into a leadership role, I asked my boss for additional coaching because I believe that while anyone can take on a leadership role, being good in that role requires the right training and support. I still receive coaching today and wouldn’t be where I am without it.”

“It’s a constantly changing workforce so as leaders we need to be able to change too. The way you treat people matters. Being a manager isn’t about being above people, it’s about helping to lift people up.”