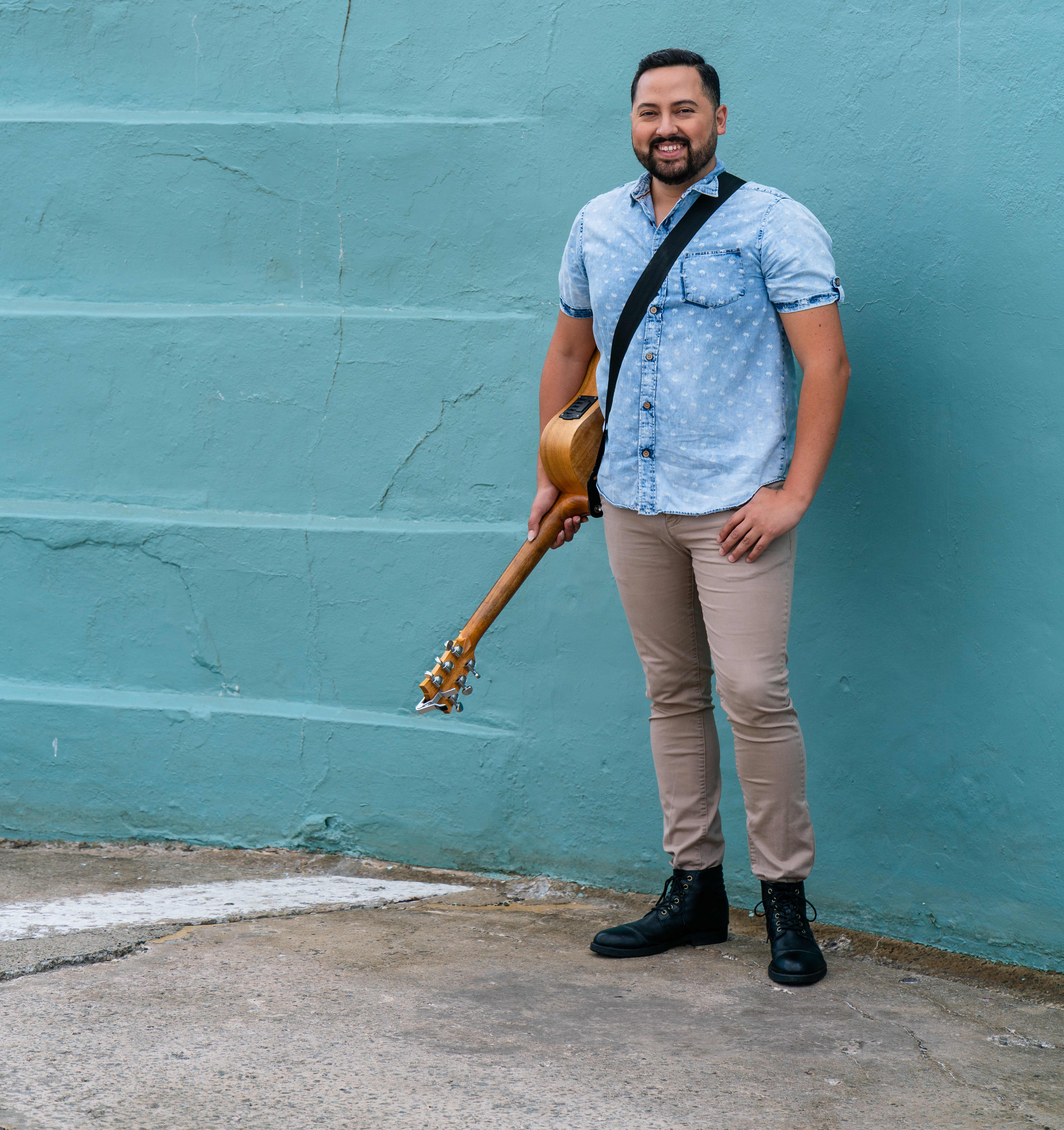 Born in Chile, Singer/Songwriter Nano adds a brilliant mix of Latin and Spanish culture to his energetic and lively performances.

Newcastle and Hunter Valley performer Nano moved to Australia with his family from Chile at 8-years-old and has since built a successful music career in the Hunter with his partner and two kids by his side.

Being born into a musical family, Nano fell in love with music from a young age with his dad a guitarist and singer in Chile, along with many of his cousins and uncles who were musicians.

“I can still see her face of surprise and then of half doubt and half smiling since she thought it was cute but perhaps wouldn’t really happen since she had heard that one before,” he added.

This didn’t deter the smooth Spanish artist as he continued to drive his passion for music, ending up the lead singer of a rock band called ‘Soulfreecity’ in Year 12 and performing ever since.

Regularly booked out up to 3 months in advance, Nano has performed at almost all the well-known pubs and venues throughout Newcastle and the Hunter Valley. From places like the Lambton Park Hotel, The Northumberland Hotel and The Clarendon Hotel to venues like Customs House, Murray’s Brewery, Shoal Bay Country Club, Battlesticks, Bar Petite and Spicer’s Vineyard Estate, just to name a few.

“I really do love them all as it gives me a lot of variety of what I can do, however I do love hosting Latino parties the best,” Nano said speaking of his favourite venues.

Being a musician who plays live music in front of all types of different people, Nano said there has been some comical moments throughout his career that still to this day make him laugh.

“I have seen it all as they say, but some of the highlights are; getting asked to sing “Hips Don’t Lie” by Shakira, seeing a grown man jump into the fountains at Customs House mid song and do some laps, seeing a buck from a buck’s party do a ‘shoey’ right next to me whilst his mates filmed him, getting asked by a bloke to marry him while I was singing and him getting on one knee in front of me, and so many more,” he laughed.

As a songwriter, Nano has been working hard on unreleased songs and plans to record and release his first single in the coming months. The single will be available on iTunes, Spotify and other music forums later this year.

Working as an Office Manager during the week, Nano spends the remainder of his time either performing or spending time with his family. “Weekends are always full on for me though, either I have my kids visiting or I am performing. All in all, I am glad to say I do have a nice balance going for me,” said Nano.

Reflecting on his career, Nano noted the ride hasn’t always been smooth sailing. “I had many struggles early on that discouraged me from continuing to pursue music, and even though I went through all that, to now know that I am getting booked 3+ months in advance (sometimes 12 months for weddings, etc) makes me feel like I made something quite improbable become a reality,” he said.

Be sure to check out Nano at his next charismatic performance. All gig dates can be found on Nano’s Facebook page. If you can’t get to the live gig, then be sure to follow his Facebook page as Nano live streams every performance.