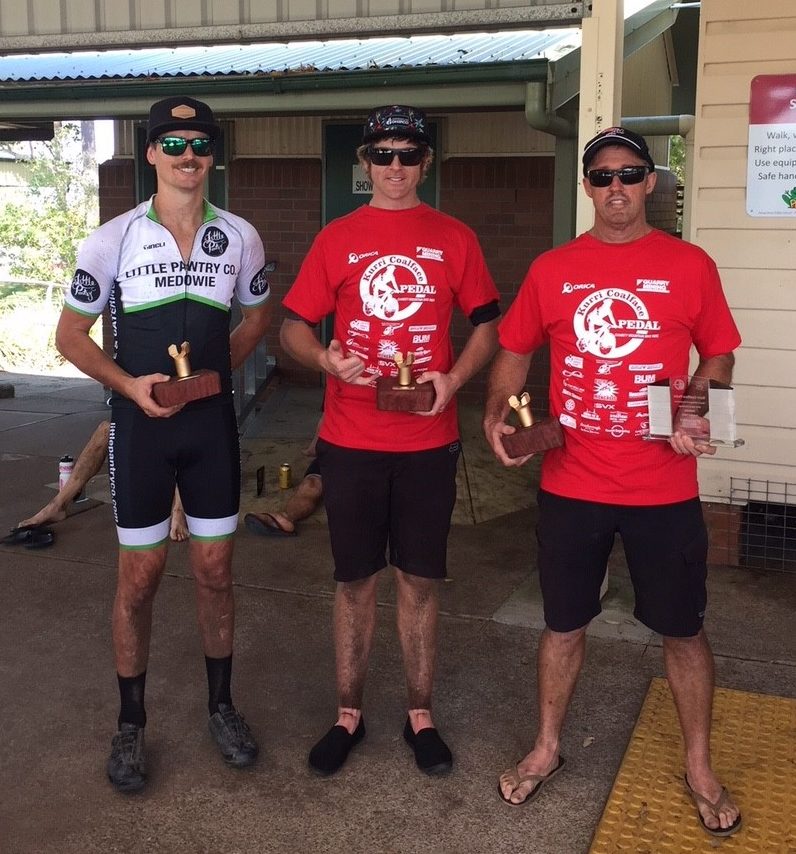 The annual Kurri Coalface Pedal Mountain Bike Event
saw over 400 entrants don their Lycra to raise an amazing
$24,000 for the Westpac Rescue Helicopter Service.
What started as an idea discussed with the Kurri Mongrels over 5 years ago
has quickly become a favourite event in the local calendar. This year was a
resounding success with a record number of smiling faces covered in coal
dust crossing the finishing line.
For the first time the mines teams challenge was included in the event and the
competition was fierce. 10 teams made up from Orica, Austar Coal, Comm
Steel 1, Comm Steel 2, AMP Control, Quarry Mining, WesTrac Tomago,
Bulga Coal and Coal &amp; Allied battled it out for the Quarry Mining Trophy.
WesTrac Tomago was crowned the winners, Bulga Coal came in second and
Coal &amp; Allied took out third place.
Barry Walton from the Westpac Rescue Helicopter Service said it was a great
day and it raised vital funds for the service. “We want to thank all the riders
and families who were part of the event. In particular, days like this cannot be
staged without sponsors and we would like to thank them all. We can’t wait to
be back next year.”