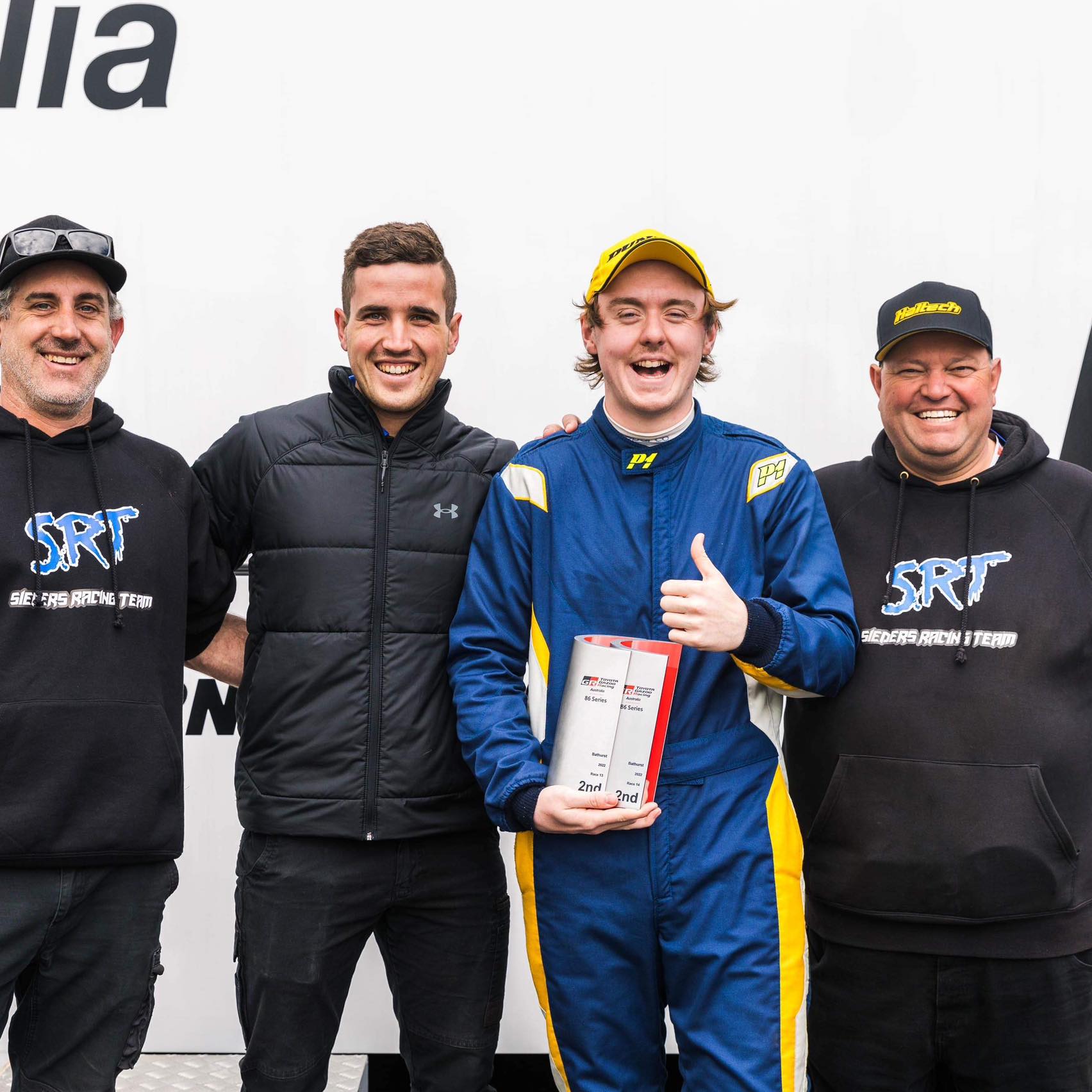 Singleton race car driver Ryan Gilroy has ticked a big item off his bucket list, lining up in the front row for a race at Mount Panorama – the home of the Bathurst 1000.

The 21-year-old races in the Toyota 86 Series with the Sieders Racing Team. The support race is a platform for talented drivers like Ryan, to demonstrate and develop their skills on some of Australia’s best racing circuits alongside the Supercars Championship series.

He said the race conditions that weekend were “diabolical”.

“I only had the one car to follow or no cars to follow when I was in the lead but looking back at some of the cars in the back of the pack their vision was absolutely none, they couldn’t see two metres in front of them let alone try and see a corner.

“But race two was absolutely atrocious. We were leading the field by about five seconds and we were wheel spinning up Mountain Straight in fourth gear and aquaplaning all the way down Conrod Straight so it was becoming very, very dangerous at that point,” said Ryan.

He said there was one moment on the track that was even more exciting than standing on the podium in 2nd place.

“The coolest part apart from the results was getting to line up on the front row at Bathurst on Sunday morning before the big race, that was just an absolute bucket list thing to do.

“A pinch myself moment for sure.

“The car was beautiful. It was probably the best car I’ve ever had at Bathurst. The team at Sieders Racing did an absolute mega job and we brought it home nice and straight and she was an absolute rocket in the wet.”

The last time Ryan spoke to the team at @ The Coalface was back in March 2021 he had just joined Sieders Racing and said he was determined to achieve success with them.

“I would definitely say I achieved success with Sieders Racing this year 100%, there was a lot more than just results this year that amounted to success. It was the time, effort and hard work put in and the achievements and breakthroughs we had that led to the performance at Bathurst.”

Ryan has now spent two years in the Toyota 86 Series and after nine meetings and 27 races he feels like it’s time to step up and keep moving forward in his career.

“As for getting to V8 Supercars my hunger and drive is still as strong as ever,”

The ultimate goal for Ryan is every driver’s dream, being first at the Bathurst 1000 and it’s well within his reach.

“There would be nothing cooler than to have your name on the start list of one of the most historic and biggest races in the world. You dream of it as a kid and now I manifest it as a young adult.”

One day kids watching the Bathurst 1000 will see Ryan achieve his dream and he’ll be their inspiration. For now there are plenty of people Ryan looks up to.

“My Parents and my older siblings are big inspirations of mine, Racing wise I look up to Craig Lowndes and Mark Skaife a lot, I try to take a lot from both of them as they were both Incredible drivers but how they conducted themselves away from the track is what I try to take in.

“There are A LOT of people to thank for this year! Massive thanks to my family and friends and everyone who supported me this year I really appreciate it – it means a lot. To all my sponsors, without them this year wouldn’t have been possible so thank you – Bowers Heavy Haulage, HSV Heaven, Hunter Floor Trends, Singleton Toyota, Mechlec, Bowdens Own, MelMac Consuting, Cultivate Confident Cultures and Ashfab IT,” said Ryan.