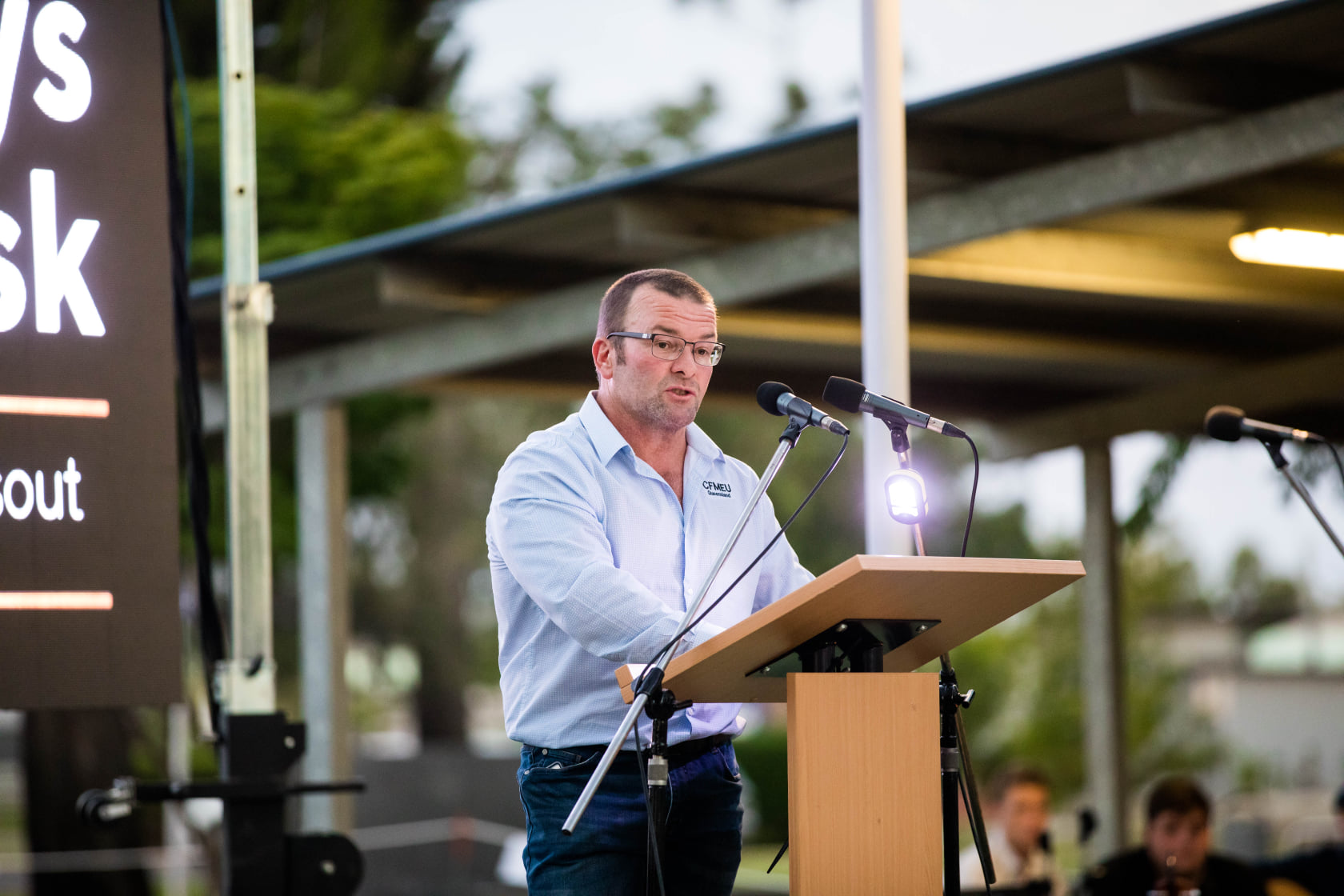 I was honoured to speak at the 50-year commemoration of the 1972 Box Flat disaster at Ipswich on the 31st of July. It was a very moving and well-attended event, demonstrating the continued importance in mining communities of remembering the tragedies of the past, honouring the victims and their families and making sure the lessons are learnt so they don’t happen again.

In the face of the danger of further explosions arising from the raging fire, the grim decision was made to seal the mine, leaving fourteen of the victims entombed. A memorial service was held at the top of the mine. The pictures of that service, with smoke still billowing from the mine before it was sealed, are haunting to this day.

The reality of the mining industry is that improvements to safety have been written in the blood of workers. Significant changes made following the Box Flat tragedy included the introduction of personal filter self-rescuers for all underground miners, the introduction of gas chromatographs on the surface to analyse gas samples and modern firefighting equipment made available underground.

Reflecting on Box Flat serves as a reminder that we must always remain vigilant, because there is always more to do.

Unfortunately we have all seen in recent years the Queensland underground coal mining sector experience spontaneous combustion event which have led to explosions at two underground mines. Even today, we still witness senior management and mining companies make decisions which put workers at risk.

The Queensland Coal Mining Board of Inquiry in the wake of the Grosvenor disaster in May 2020 found that workers had been placed at unacceptable risk with gas drainage unable to keep up with production leading to series of ‘High Potential Incidents’ in the lead up to the explosion. The Inquiry also found that the high levels of insecure labour hire work undermined safety outcomes across the industry.

I’m increasingly worried that our industry doesn’t have the same commitment to learning the lessons from mining tragedies as it has in the past. In particular, we continue to see those in charge of our mines not being held to account.

Across the Queensland mining community, workers and their families were devastated at the decision of the Office of the Workplace Health and Safety Prosecutor not to press charges over the Grosvenor disaster, despite the wealth of evidence uncovered by the Inquiry. Similar devastation has been felt by the recent decision to drop charges over the death of our member Bradley Hardwick at Moranbah North mine 2019.

Much has changed for our industry and union over the past century, but there is also much that remains the same – especially mining companies’ ruthless drive for production and the inherent risks and dangers workers face every time they start a shift.

The very least that mineworkers deserve is to know that if the worst comes to the worst and they suffer serious injury or lose their lives; that someone will be held to account.

We need politicians and regulators to step up and make sure that any negligence that leads to death or injury of a worker is treated seriously and that individuals responsible face the full force of the law. Our union will keep fighting for justice for all workers who are hurt or killed on the job.