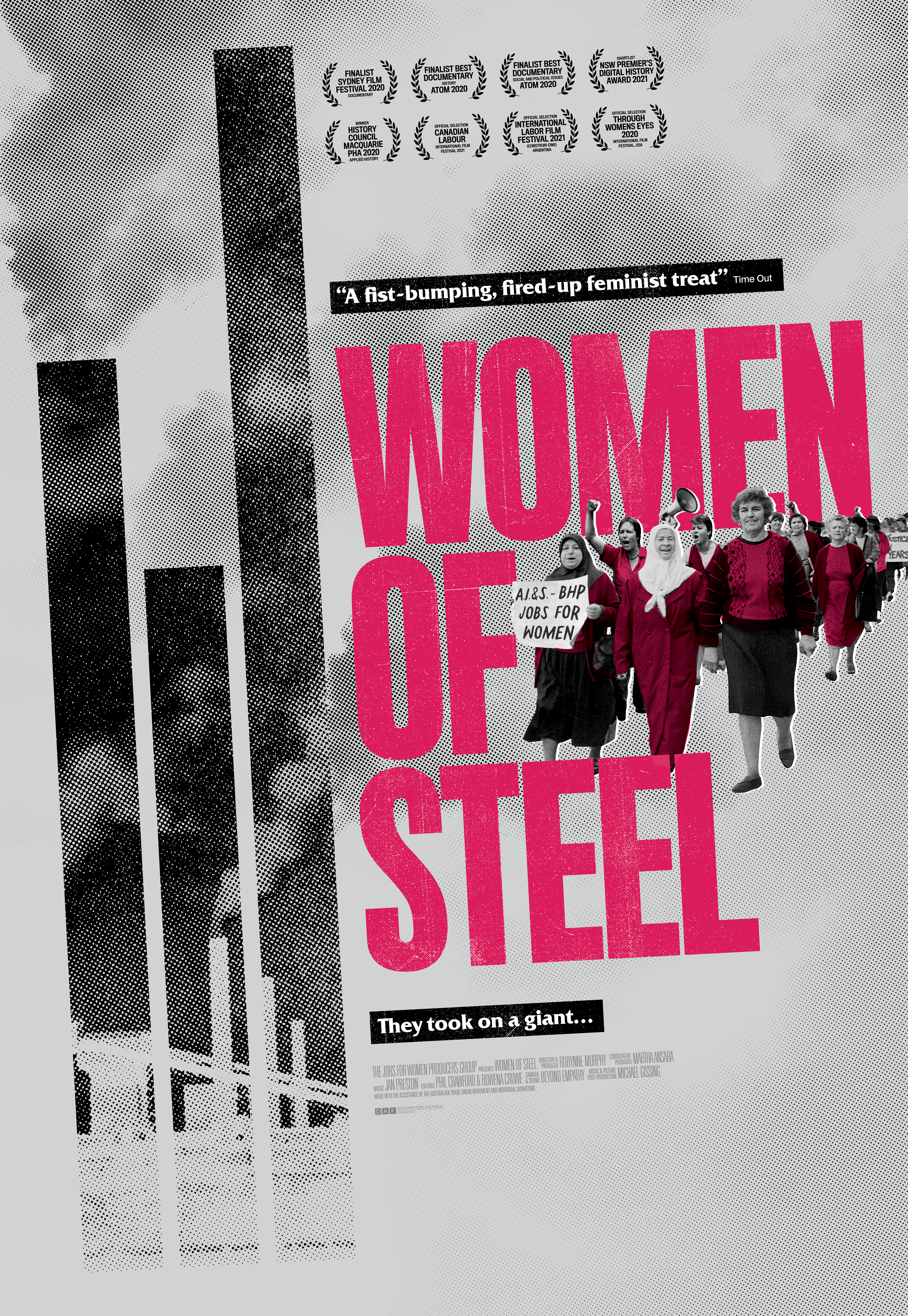 On International Women’s Day on March 8, I was privileged to attend a special fundraising screening of the award-winning documentary ‘Women of Steel’, which tells the true story of women who fought for the right to work in a ‘man’s’ industry.

Women of Steel is the inspiring story of migrant and working-class women in Wollongong in the 1980s who decided to take on BHP after the local steelworks refused to hire women despite newly implemented anti-discrimination legislation. Inspired by the fierce union and feminist movements of the time, they launched a political campaign calling for ‘Jobs for Women’.

Director of the documentary, Robynne Murphy, was one of the integral women leading the campaign against BHP. After leaving her 30 year steelworker job, Robynne decided to tell the story of the 14 year long campaign where the women undertook the largest anti-discrimination case in Australian history, against one of the largest corporate giants of the time.

Robynne’s film is a story of perseverance and comradeship and is a fascinating insight into Australia’s industrial relations history. It also demonstrates that change is possible with solidarity, perseverance and determination.

As Robynne said, “All we wanted was a job, a fair wage and respect. And we won.”

While the success of the ‘Jobs for Women’ campaign did much to progress women’s rights, unfortunately women today still face many of the same injustices. Gender inequality is systematic throughout our schools, workplaces, homes and government.

From childcare to wages to insecure work to discrimination to harassment; there are a legion of issues that must be addressed before we truly have gender equality.

According to the Federal Government’s Workplace Gender Equality Agency, women currently make up 16 per cent of the mining workforce in Australia. While that number shows we still have a lot of work to do, other traditional male dominated industries – such as construction where women comprise only 11.7 per cent of workforce – demonstrates that the mining industry is actively stepping up to do the work.

We are proud to be part of an industry that is raising awareness against bias, taking action for equality and celebrating women’s achievements. And above all, is working towards a culture where everyone feels safe, valued and respected.