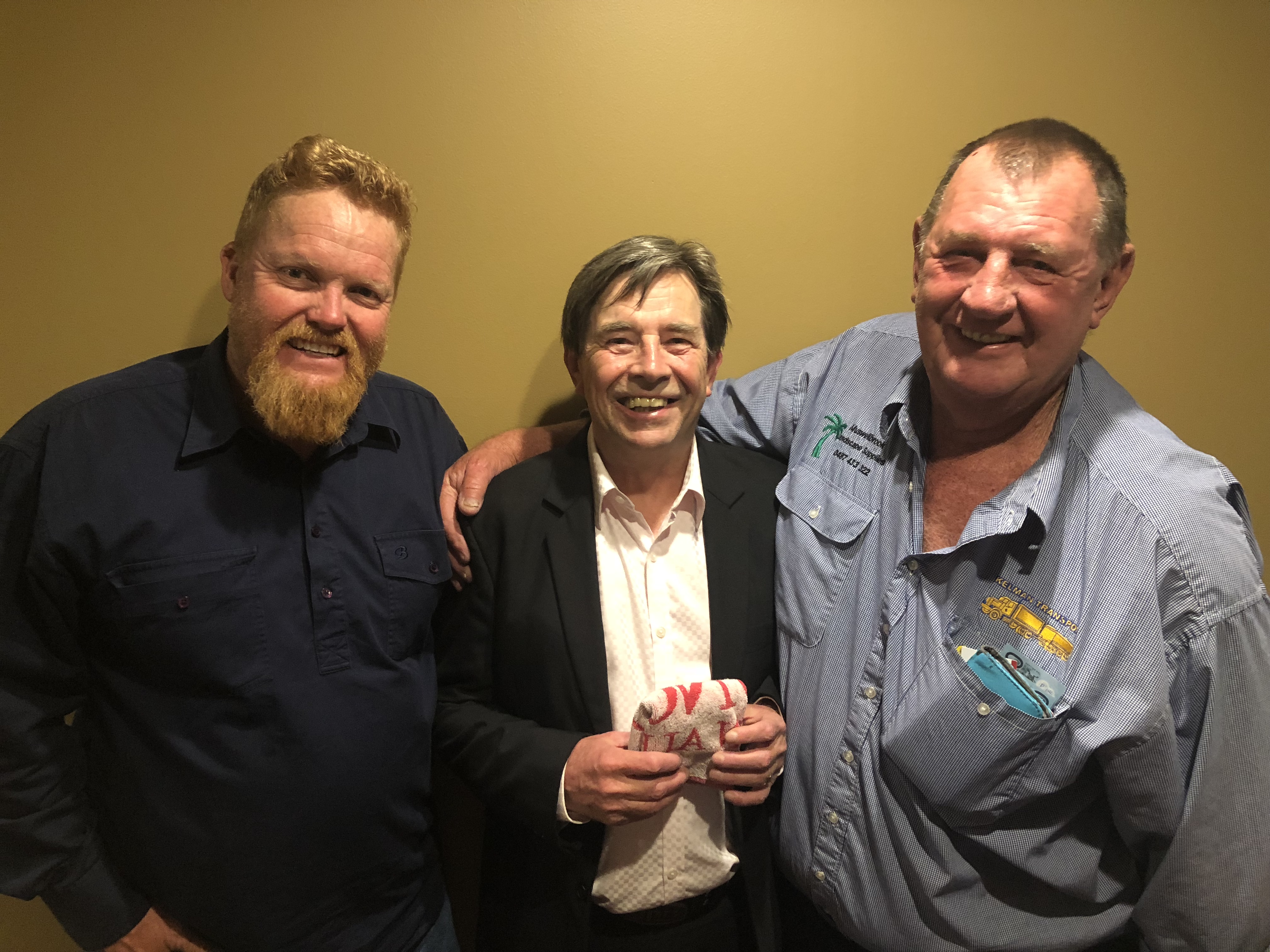 Is it a bird? Is it a plane? No, it’s one of Muswellbrook’s most well know characters and a bloke with a bigger heart than Phar Lap. Meet Lennie Kelman.

Born and raised in Merriwa, the country kid at heart has never left Lennie Kelman. Seeing his fellow rural people struggling through this drought has brought one of the hardest men known to tears. But with will, determination, a few mates, kind donations and his son John’s truck, Lennie is making one hell of a difference one farm family at a time.

The Kelman family is synonymous with the term “giving” and the Muswellbrook community. Len and wife Carole have owned their own trucking company for many years and have always been one to throw their hand up for sponsorship and community fundraisers for people in need. This time it’s the retired man himself leading the way and coordinating fundraising and goods for the people in need.

A couple of weekends ago, Lennie with the help of those working alongside him in this local effort, hosted a night of nights to assist those struggling. The Muswellbrook RSL Club was swelling at capacity and by opening night had already raised just over $11,000. With singing superstar John Paul Young in the house and the giving mood in the air, one could not help but feel something big could happen.

Enter Craig Tait. Who is Craig Tait you ask? He’s the guy from CDJ who are currently doing construction at MACH Energy and he certainly left an impression. In a room full of Muswellbrook identities, it was the red headed auctioneer with the flaming beard who set the night on fire with his quirky wit and brilliant auctioneering skills.

“The idea of the night came about after a couple of beers with my wife and good mate Lenny Kelman. Lenny had just returned home from a hay run from southern Victoria to Merriwa, where he was born and bred. He was telling us how supportive the region of Muswellbrook had been for him on this run, so I suggested that we put a fundraiser on in town for the people. He quickly grabbed the idea and run with it, contacting Darryl from the RSL and engaging him with Lenny’s vision.” Tait said.

“Our first meeting at the club Lenny organised for one of our Variety Bash mates John Paul Young to perform. Then Darryl and his team then went to work, putting together the night and organising raffle and auction items. Thanks to all their work and a big-hearted town we pulled off a great event.”

Whilst the night was for the farmers, the end of the night belonged to the organisers, and a massive congratulations to all involved with over $40,000 raised. The best part, not one dollar is lost in administrational fees, its all hitting the land where needed.