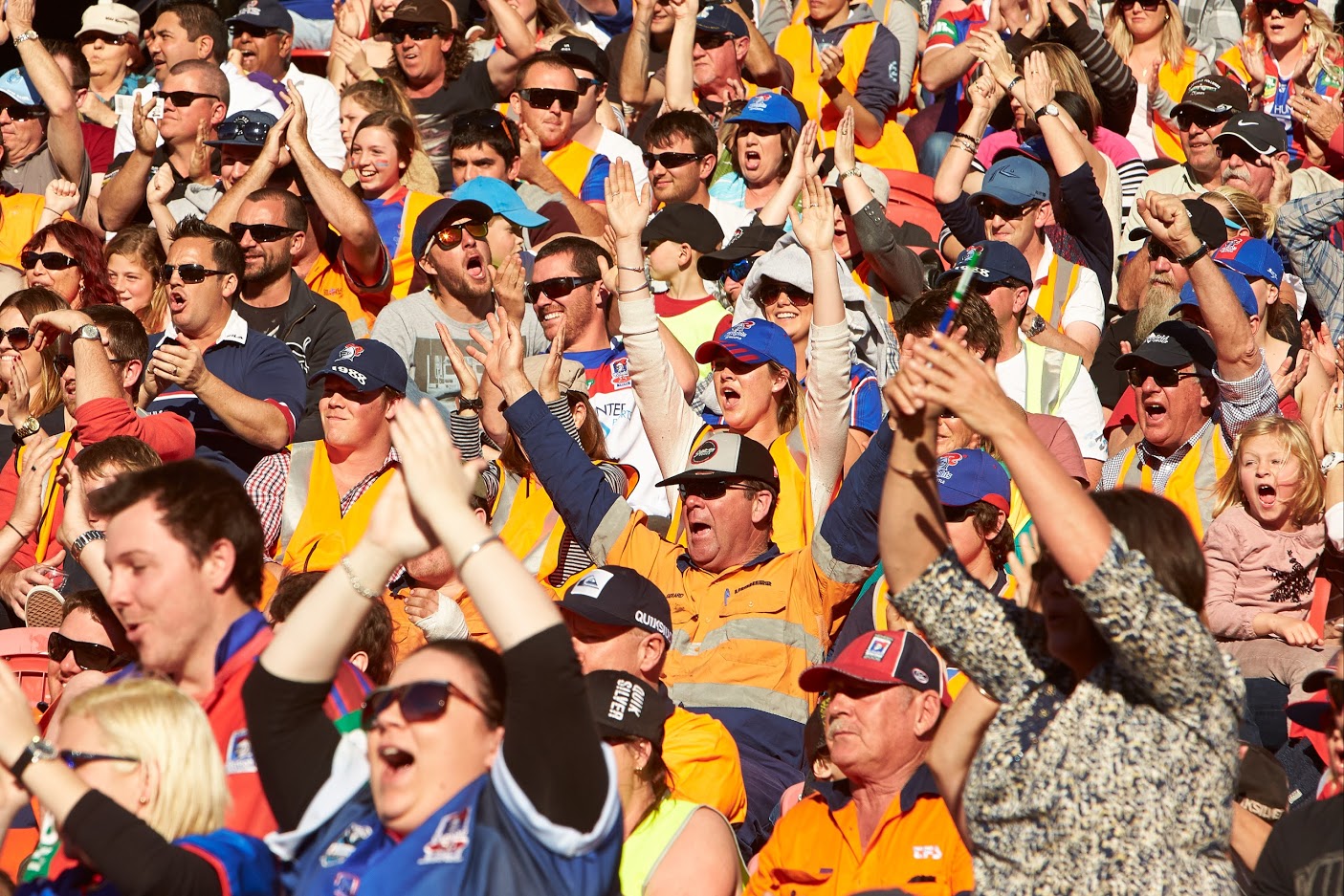 On Sunday 21 August, coal miners and their families will flock to McDonalds Jones Stadium for the highly anticipated Voice for Mining Family Day.

Entering its 10th year, the Voice for Mining Family Day brings together thousands of miners and their families with Knights supporters to celebrate two great teams; the Newcastle Knights and our NSW miners.

Mining and rugby league share a strong connection. Both consist of hard-working people who look out for their mates and play an important role in the community.

For ten years, the Voice for Mining Family Day has celebrated the proud work of tens of thousands of NSW mining families, along with all the good things mining brings to NSW, from jobs and spending with thousands of local businesses to royalties that have helped pay for schools, hospitals and emergency services.

The annual event draws more than 20,000 people to cheer on the Newcastle Knights who proudly play in the special replica hi-vis mining jersey, a visual representation of the connection between the club, rugby league fans and mining communities. This year players will wear a special anniversary edition of the now-famous hi-vis mining jersey to mark 10 years together.

NSW Minerals Council CEO Stephen Galilee said this partnership means so much to mining families and communities across NSW.

“The first Voice for Mining Family Day was held in 2013 and it has grown every year. Our mining families love seeing the Knights in the high-vis jersey and they’re proud of what it represents,” he said.

“Over the past decade tens of thousands of mineworkers and Knights fans have celebrated together at our annual Voice for Mining Day and we are excited to once again see the team light up McDonald Jones Stadium in the new hi-vis mining jersey on August 21.

“The connection between the club and our industry remains strong. Many current and former players have worked in mining, including Phoebe Desmond and Rangimarie Edwards-Bruce in the NRLW and Billy Peden, Steve Simpson, Adam Muir, Tony Butterfield, Josh King, Nathan Ross and more in the NRL.

We’ve stuck together through the last decade, including during some tough times. Now we’re looking forward to future success together and a new era for mining and Rugby League in the Hunter.”

Newcastle Knights CEO Philip Gardner said the NSW Minerals Council’s continued commitment to the club’s men’s and women’s teams cemented one of the strongest partnerships in the game.

“Mining is central to the prosperity of our region, vital to our state and such a big part of our community. So it is wonderful to have mining, an industry that is one of the pillars of our region,” Mr Gardner said.

“As a major sponsor of our men’s team and a foundation sponsor of the women’s team, the NSW Minerals Council is integral to supporting our players, our administration and our community.”