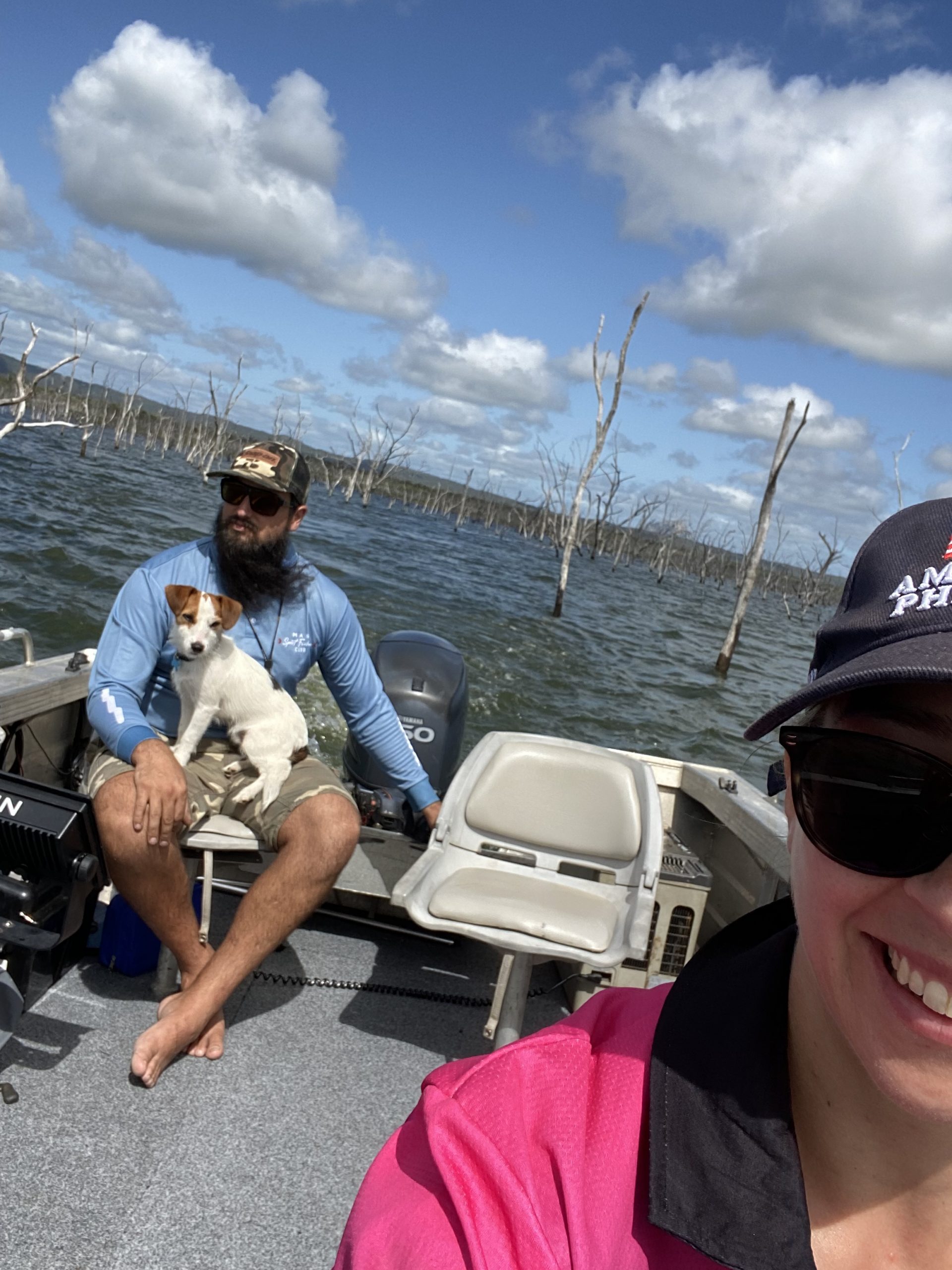 When my boyfriend Morgan said we needed to drive all the way to Ingham in Far North Queensland in two days, from Muswellbrook, I thought it would be impossible.

But Morgan and I jumped in the patrol with Alfie our one-year-old Jack Russell in between us, and the boat trailer on the back, and started the long trip north stopping at some pretty cool places along the way.

We took the inland route going through Gunnedah, crossing the border at Mungindi, went to St George, then Roma, Rolleston, Emerald, Clermont and then through what seemed like a whole lot of empty landscape to Charters Towers and then we finally hit Townsville.

We stayed at the Yongala Lodge which was originally a private residence for Matthew Roomey in 1884 but he and his family sadly perished on the S.S Yongala ship when it sank in 1911. The owner of the Lodge these days was just as interesting as the story of the lodge.

The owner, a New Zealander who got stranded down under when COVID-19 hit, was there when we arrived very late and helped us park and get settled.

He was great, and the hotel was dog friendly so even better.

Then we drove to beautiful Airlie. We went fishing at Proserpine Dam for a day which was beautiful. The highlight of the trip for me though was heading out to the Whitsunday Islands.

I had only ever seen photos of the islands and Whitehaven Beach and in person it was breathtaking. Absolutely worth all of the hype. We were there at the perfect time too, it was us and one other family on the whole beach. Incredibly peaceful, and the water is crystal clear.

We left Airlie and headed back to the Yalonga Lodge at Townsville before starting a slightly different route home. Mackay was the next stop which, along with Townsville was another place nobody ever seems to talk about visiting but I thought both were great.

When we were in Mackay we drove out to Kinchant Dam which was beautiful, full of fish and lilipads. We stopped at the Pinnacle Family Hotel on the way home which is famous for its HUGE freshly baked pies and mushy peas and I think the biggest crumbed steak this side of the world. Huge and oh so delicious, a must if you happen to find yourself in the Pioneer Valley!

From there the next big stop on the way home was at Lake Awoonga. We drove a mate’s postie around the dam which was beautiful. There’s plenty of amenities too so a great spot for camping which is what we did for a night.

After that, it was straight down the coast with a stop on the Sunshine Coast, Caloundra, Brisbane then over the border into Grafton and then a night at Hat Head.

We stayed at the caravan park which is huge and right next to the river. The river is crystal clear when the tide comes in with a lot of fish swimming around. If you’re lucky like us, you might even see dolphins jumping through the water heading towards the beach. Incredible!

Then it was home to Muswellbrook. So, if you’re going to travel up north and back in a week, I recommend going off the beaten track and seeing as much as you can!