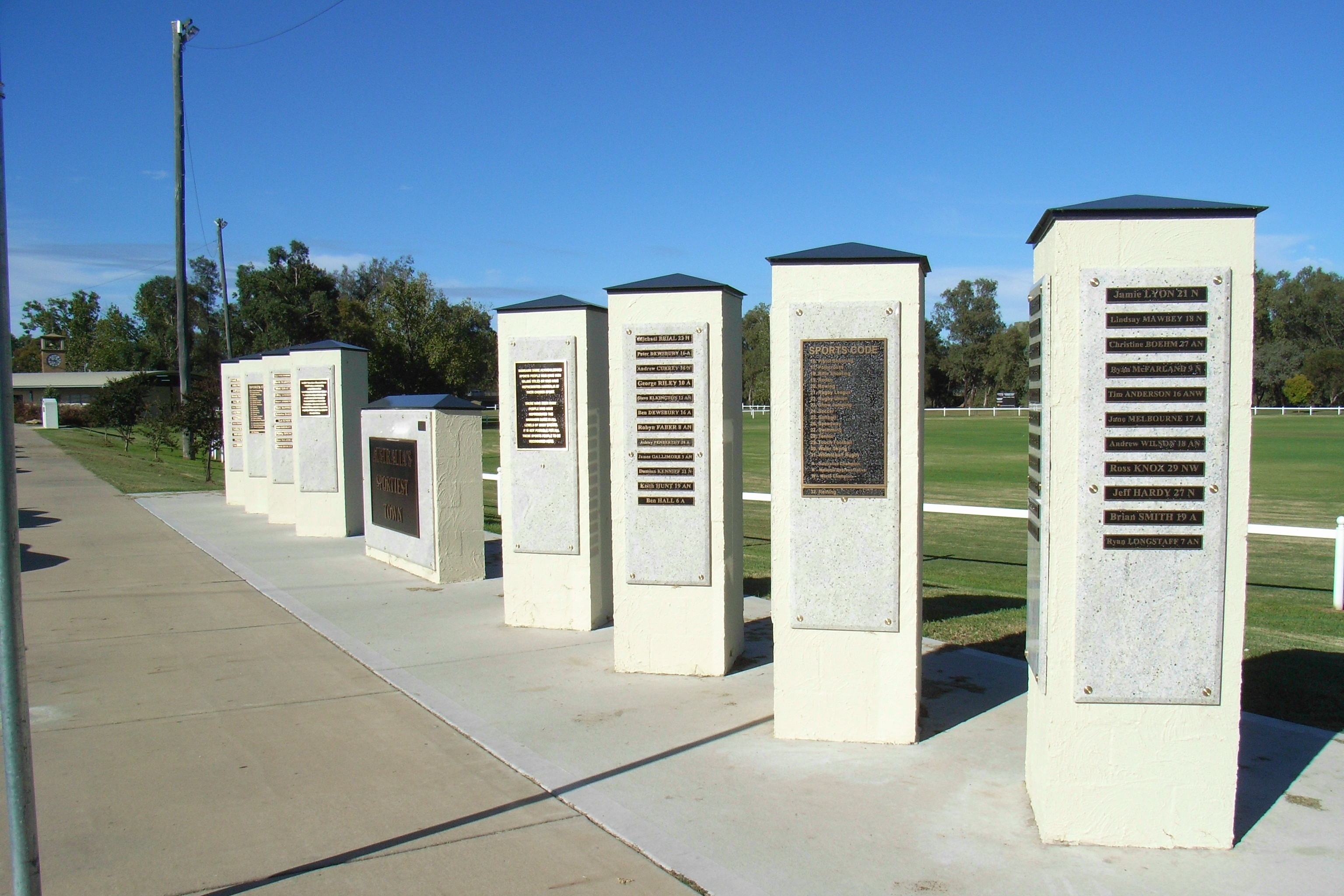 Narrabri Shire Mayor Ron Campbell said the Sporting Wall of Fame honours sports men and women from the Narrabri Shire who have successfully represented their sport at national, world or Olympic championships.

“Narrabri Shire acknowledges sports people who have won major titles or who have represented Australia in their chosen sport,” he said.

“The Narrabri Sporting Wall of Fame marks the achievements that have contributed to Narrabri becoming known as Australia’s Sportiest Town.”

Cr Campbell said the title pays homage to the Shire’s many sporting success stories and the large number of ovals and sporting clubs.

“Narrabri was named Australia’s Sportiest Town by Channel 9’s Today Show in 2001 following a nation-wide search and thousands of entries from around Australia,” he explained.

In 2011, Narrabri Shire Council (assisted by Channel 9) constructed the Narrabri Shire Sporting Wall of Fame at Leitch Oval, Tibbereena Street as a permanent record of the district’s achievements in the sporting arena.

This year, nominations are open from 1 March to 30 June 2022, with unveiling of the new nominees as part of the Australia Day event to be held on 26 January 2023.

“Nominees must be able to show residency of the Shire and representation in their chosen sport including affiliation with a local sporting association; the sport must also be recognised in the Australian Sports Directory.”

Narrabri Shire Council’s replacement of the Boston Street Bridge in Boggabri has commenced, with demolition to make way for a new dual lane concrete structure.

Narrabri Shire Mayor Ron Campbell said the single lane timber bridge had reached the end of its lifespan and the new infrastructure would bring many benefits for motorists.

“The completion of this project will result in a modern structure that has an extended lifespan to serve the needs of the Boggabri community and the Narrabri Shire,” he said.

Funding for the bridge replacement has been secured with $2.6M under Round 7 of the NSW Government’s Resources for Regions program, combined with a co-contribution of $800,000 from Council.

“The Resources for Regions program is geared towards the ongoing prosperity and economic development of our local communities, so we are pleased to be delivering this project,” Cr Campbell said.

A detour for motorists will be in place for the duration of the project, via Rangari Road, with traffic diversions in place.