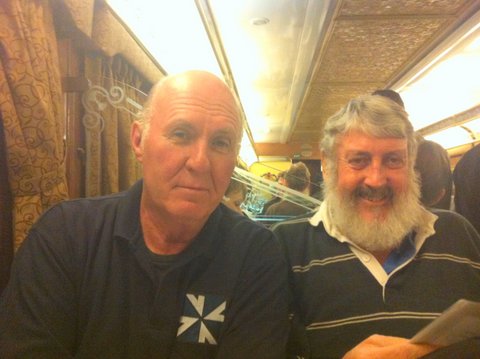 Bernie Wood and Singleton Earthmoving have been part of the fabric of life in Singleton for 39 years. We sat with Bernie to talk about his love for doing civil and mining work, what the future holds, and how heavy earthmoving and strong commitment to the local community have enriched his life.

A grateful Kiwi from Taranaki, Bernie was introduced to Singleton in 1980 by a friend with an idea to get a job in the mines. From there it all went to plan; well sort of…

With so much happening like Bayswater Power Station, Glennies Creek Dam and new coal mines opening up, he knew this was the place where he could fulfill his dream of owning his own earthmoving business.

Bernie then added to the tale, “I was fortunate a legendary person by the name of Paul Gleeson saw the potential. Anyway, on the day that the rest of the world was sitting down to watch Prince Charles marry Lady Di, we decided to grab lunch at a legendary restaurant in Singleton called ‘Ripples’. That was a good lunch and where Singleton Earthmoving was formed in 1981”.

The next five years saw them undertaking general earthworks like tennis courts, roads and that kind of thing.

In 1988 Bernie was approached by a young environmentalist at Costain’s by the name of James Bailey to focus on something that had not only been neglected, but kind of didn’t really exist then – ‘MINE REHABILITATION’.

Bernie continued, “From a humble start with one old bulldozer and a super spreader, we commenced at Costain mine. Within a decade we were rehabilitating ten different mines from Gloucester to Newcastle and out as far as Ulan in Mudgee.”

“Mine rehabilitation has been our specialisation over the time and companies like Rio, Wambo, Camberwell Coal, Theiss, Bengalla and others have been a pleasure to work with. Some of which we still work with to this day. I want to thank them for the opportunities they have given me. I also want to go on the record saying that as much the media gives them a hard time about rehab, they have in fact been extremely progressive, proactive and willing to invest in returning the land back to better than before.”

But Bernie certainly didn’t do it all alone. He was very insistent on this story attributing whatever success that came along was built by a team of local farm boys with well-known surnames such as Hedges, Brooker, Cox, Bailey and Moore to name a few. Bernie told us with a grin that Mirranie was a very good place to source a great crew.

The other foundation of the business was community as Bernie recalled, “I’ve tried to give back to the community through sponsorship of just about anything worthwhile. I have always had a great sense of giving back to this community that has given me so much. I’m a 25-year sponsor of the Singleton Bulls which I am very proud of. Beyond sport, supporting everything from netball, to the hospital and local schools or whatever it might be. It’s not something I’m that comfortable crowing about but the sense of personal satisfaction of being able to be a part of a place that has given me so much is very gratifying.”

Not being one to like standing around for long, Bernie is still going hard in the business, but the last few years it has been important to set the business up for the future which he begrudgingly accepts will be taken forward by others.

“I’m very pleased and fortunate that local identity and farmer Chris ‘Bango’ Bennett joined forces 7 years ago to make that happen. Since coming together a new energy and more success has come our way,” Bernie told us.

With Bango’s tremendous range of skills and work ethic, Bernie is confident Singleton Earthmoving is in great hands to go the next 37 seven years and beyond.

To sum up the journey Bernie told us that along with the heavy equipment and hard work, getting behind the Singleton community will always be a very, very important part of the business.

“To be honest the way I feel is that Singleton has given this Kiwi boy more than I can ever have dreamt of including two boys and a girl, and more friends than a man could hope for. To people past and present thanks so very much! With Bango’s help, tomorrow looks brighter than ever!”.