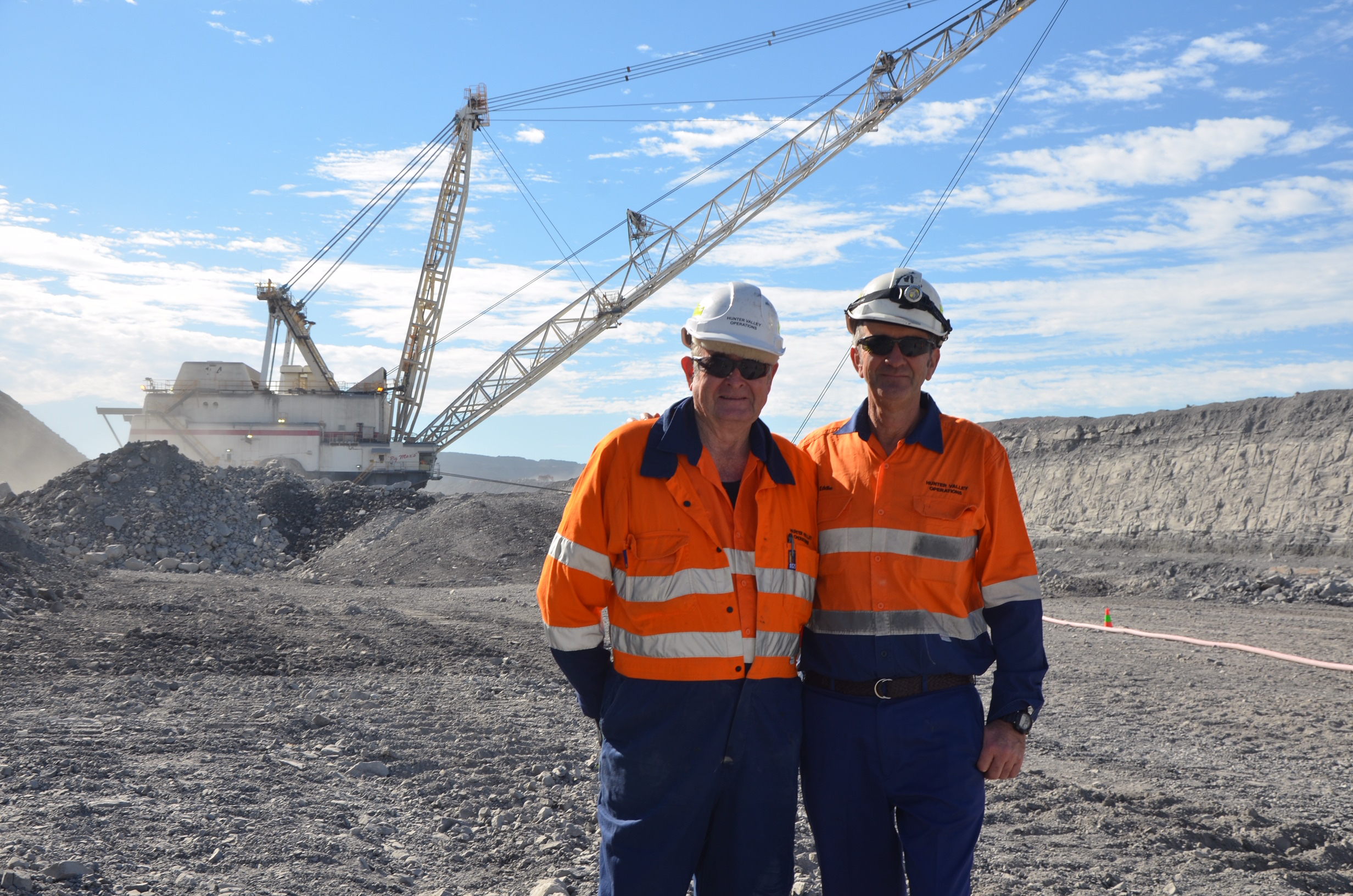 Peter Constable started at Hunter Valley Operations mine back in 1969 as a fresh faced 20-year-old lad and doesn’t plan on retiring any time soon. Five decades of service later and Peter is still loving it.

Peter has been a Dragline Technician and Trainer on the 120-tonne bucket Bucyrus Erie 1570W for the past 44 years. The dedicated professional reflects on his career with fond memories and notes the monumental changes he has seen over his time.

“The equipment has grown so large, from a 20-50 tonne trucks to a 240 tonne truck and state of the art technology with machines equipped with GPS satellite,” said Peter.

“At the beginning when the mine started there were a dozen trucks and a few loaders, the workforce was about 45, today we move about 105 million tonnes of overburden, the dragline contributing about a third of that.”

“I have been through industrial action in the 70’s and 80’s, seen boom and bust cycles come and go, as well as 29 mine managers and 8 different owners in the past 50 years,” he added.

A family man Peter celebrates another milestone this year, his 50thWedding Anniversary with his wife Lavinia. The couple have 3 children and 5 grandchildren.

Peter’s son David has followed in his father’s footsteps, working at the same mine and on the same crew, currently in his 14thyear.

“My grandchild Malacjhi was born on the 27thFeb this year and dad and Dave are keen to see him work in the mines in a few years’ time (please Glencore),” Peter chuckled.

Peter also mentioned the many opportunities the mining industry offers to those looking to make it their career. “A career in mining for me was always going to be a lifelong career,” he said.

“I never contemplated moving from mine to mine like many others, I opted to stay and have racked up a milestone of 50 continuous years as a miner worker at the same mine.”

“I am proud of my work ethic, the approach I take to work and in doing so being the best I could be consistently maintaining a high productivity level every day on the job,” Peter added.

His fondest memory was building the walk from Foybrook to Howick in 1972 which took 6 months of 12-hour shifts, 6 days a week to complete. And following that, walking the dragline/shovel and drill to Howick during Easter 1973.

I think it’s clear to say that Peter Constable is a mining legend and someone to look up to in the industry. His advice to those starting their career, “To last as long as I have in 1 job, 1 mine for 50 years has taken discipline, a positive attitude, and a desire to work and they just have to toughen up.”