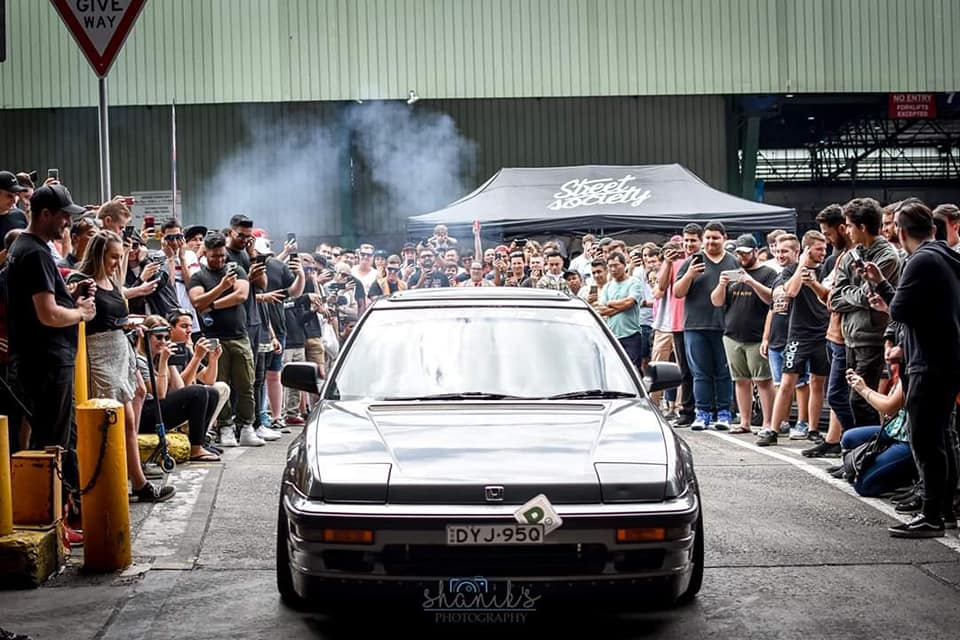 Now an international brand and lifestyle, Street Society started off as a small, local car enthusiast club in the Hunter Valley.

Initially a storefront to advocate his self-custom-made stickers, Steven then collaborated with friend and Videographer Zia Abdullah to create the community of car enthusiasts that they are so proud of today.

“After getting noticed by the Newcastle and Hunter crowd, that is when Street Society started to develop itself into much more than our initial project,” said Steven.

The society, heavily influenced by the underground automotive industry, brings together hundreds at their meets. I have personally experienced a meet for myself and it was truly something.

From food vans, a DJ and merchandise tent right down to the dozens if not hundreds of cars that line each event, the atmosphere and ambience is exciting and unique. As Steven puts it, “I guess you could say it’s like throwing a party with cars.”

The society hosted StreetFest 2018, one of their greatest achievements to date, as hundreds flocked to the Hunter Stadium to show off their rides and celebrate the Street Society brand.

As a Graphic Designer, Steven is also extremely proud of the merchandise that he himself designed. “Every time I see a Street Society shirt or sticker displayed, it definitely brings a smile to my face,” he said.

A passionate car enthusiast and now international brand creator and owner, Steven is also a new Dad to his beautiful 7-month-old son Keanu and partner to his wife Kim. Keanu has already made his first meet debut and Kim plays a massive role in each event. “We love gaming and working together on future Street Society events,” Steven added.

Street Society events are open to anyone wishing to attend and are currently being planned for coming months. “Our only general rule of thumb for attending our events is keeping it safe, as a primarily static event people get the wrong idea and try to show off,” said Steven.

He added, “This often puts heat on our events and we battle to keep them going.”

Street Society has become a lifestyle and clothing brand with fans from Europe, North America and Australia. Steven said, “It is so awesome to see the following that we have now, we even have a chapter growing over in Puerto Rico and people supporting us worldwide.”

The club embodies a culture of positivity, enthusiasm and safety and has created an inclusive car community, home grown right here in the Hunter Valley. It is definitely a brand that the community, creator and members can be extremely proud of.