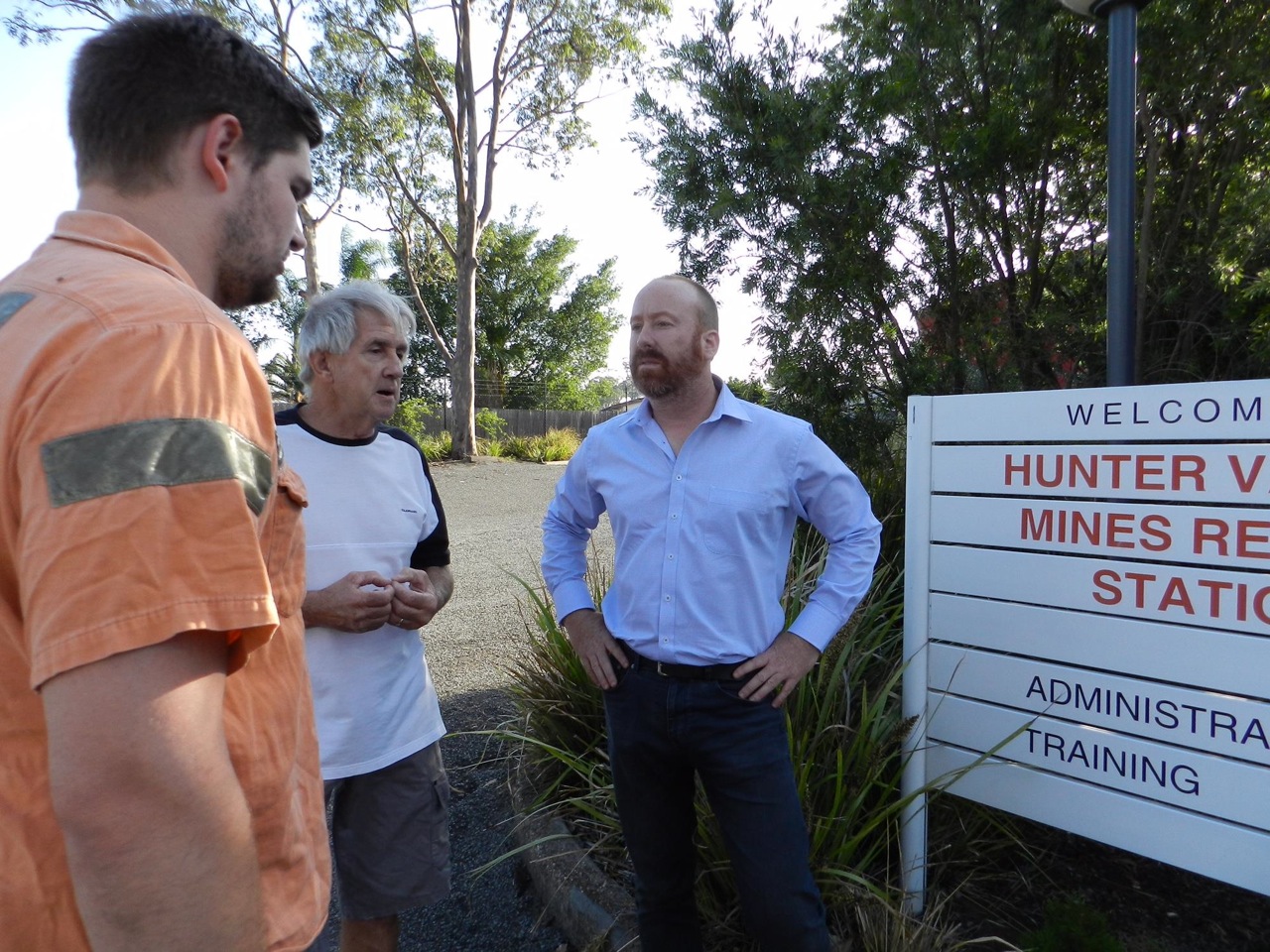 Over the last six or so years, the casual proportion of the mining workforce has increased from 20% to around 40%. At some pits the figure is well over 50% – much of it through labour hire companies offering significantly reduced conditions of employment.  Every few days or so, I hear a story of a casual mineworker working identical shifts to a permanent mineworker for continuous periods, often exceeding four or five years. They tell me they earn between 30-40% less for performing identical work, that they are unable to obtain a mortgage and that they cannot make long-term family decisions.  Their stories are compelling.  They want to, and yet cannot make the decision to buy in Muswellbrook or Singleton, to invest and fully participate in local community activities – including participate as volunteers in our emergency services.

Permanent mineworkers are angry too. They work alongside casuals who are doing the same work on the same shifts but see their workmates remunerated in a discriminatory way.

The impact goes beyond the mining workforce and affects the family unit as well.  Financial uncertainty and job insecurity are triggers for household stress and impact on the wellbeing of the whole family.

Casualisation harms the local economy as a whole. It affects disposable income and the money circulating in the local economy.  Against this background is an even more alarming trend in the labour market.  Despite an 11% productivity improvement (upwards of 15% in the mining sector) none of that increase has flowed through to mining wages – which have been in decline in real terms for the last six years.

Whilst the Construction, Forestry, Mining, Maritime and Energy Union is rightly to be congratulated for individual wins, the Union is fighting with one hand tied behind its back.  It is time that politicians at both the State and Federal level stood up and changed the laws around casuals.  I am pleased that Labor has committed to ending the situation – the Federal Member for Hunter, Joel Fitzgibbon, has been particularly vocal and supportive. It is also pleasing to see that the Federal Member for New England, Barnaby Joyce, has given his support to Labor’s position.  It is now time that the wider community started to engage the campaign to end what is essentially a discriminatory work practice, severely impacting mining communities like Muswellbrook and Singleton.