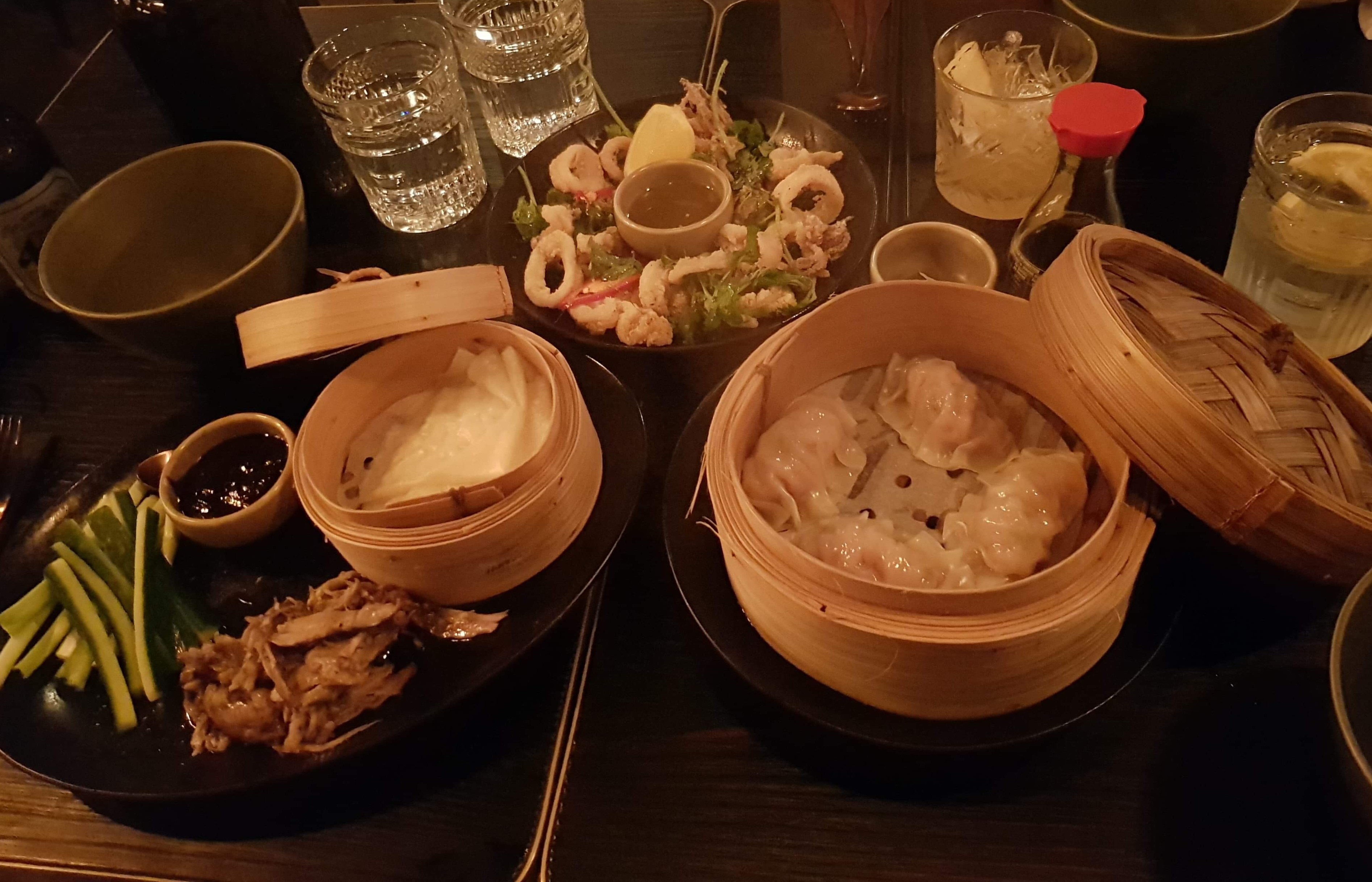 Ginger Megs is a Pan-Asian style eatery in Newcastle boasting both a restaurant and cocktail bar. If you haven’t checked it out, then you are missing out.

Before you even arrive at the restaurant, there’s an air of mystery. That’s because it’s hidden away up an alley on King Street and unless you know where you’re going you probably won’t find it. I’ll let you in on the secret though, it’s next to the Foghorn Brewhouse. 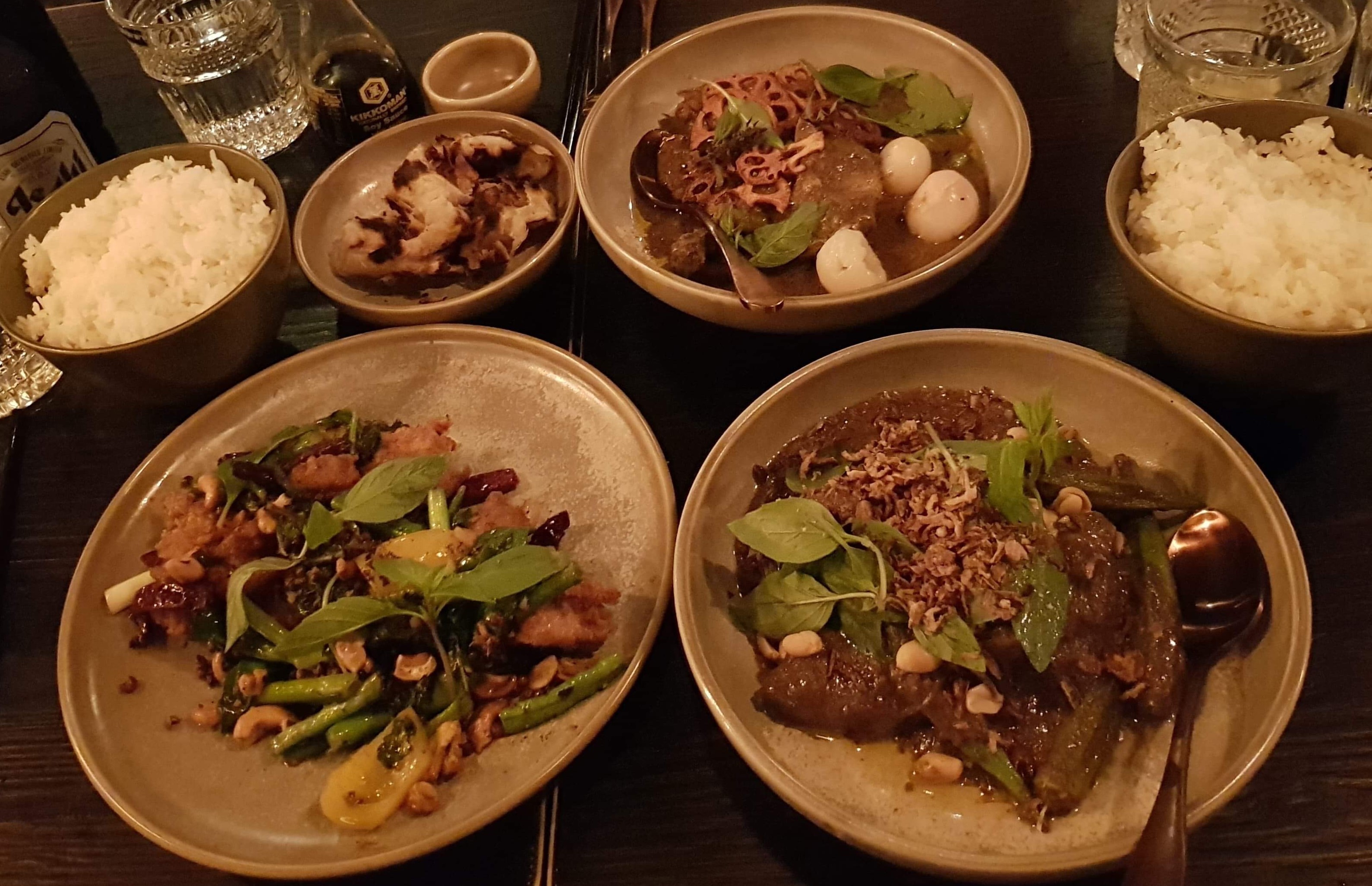 Even though this place is doing little in the way of advertising itself, it sure is popular. I went on a Wednesday night and every table was taken, not bad for a place that doesn’t except reservations except for big groups.

The dim lighting and Asian inspired décor creates a contemporary and sophisticated atmosphere and it manages an intimate feel even though the restaurant can seat 100 guests and the upstairs cocktail lounge another 150.

Our table of three decided to each order a starter and share. The problem with that was that my roast duck pancakes with hoi sin, cucumber and shallots were so bloody delicious I wanted to keep them all for myself. Although the other entrees of salt & sichuan pepper squid and steamed pork and beef dumplings were delicious, they couldn’t top the pancakes.

I could have easily ordered another round of starters as there were still more I wanted to try but it was onto main course. For me it was kung pow chicken with dried chili, spring onion, Sichuan peppercorns and cashew nuts. Warning if you don’t love pepper than give this one a miss because it whacks some pepper punch. Also ordered were the honey and palm sugar fried king prawns with sesame, spring onion & crispy noodle and a massaman curry of coconut braised beef, jackfruit, okra and peanuts. All the dishes were artfully prepared and packed full of flavour.

Having a sweet tooth, dessert was the only let down. The only offering was chocolate spring rolls and unfortunately the chocolate tasted burnt and the pastry on the dry side. A selection of icecreams was also available and being adventurous I tried the soy icecream and the rice icecream, both were not bad though I have no idea which was which.

For me the star of the night was their fantastic selection of hand-crafted cocktails with Asian inspired names such as Bangkok Hilton, Lychee Dragon, Crouching Tiger. I went for the Bang Bang Caprioska which was divine. Chili infused vodka with fresh lime juice and topped with a palm sugar coated pineapple, it was a drink and a dessert all rolled into one.

Overall the food was flavoursome and interesting, the service was great, and the atmosphere was spot on. I’ll definitely be back soon to work my way through their cocktail list!