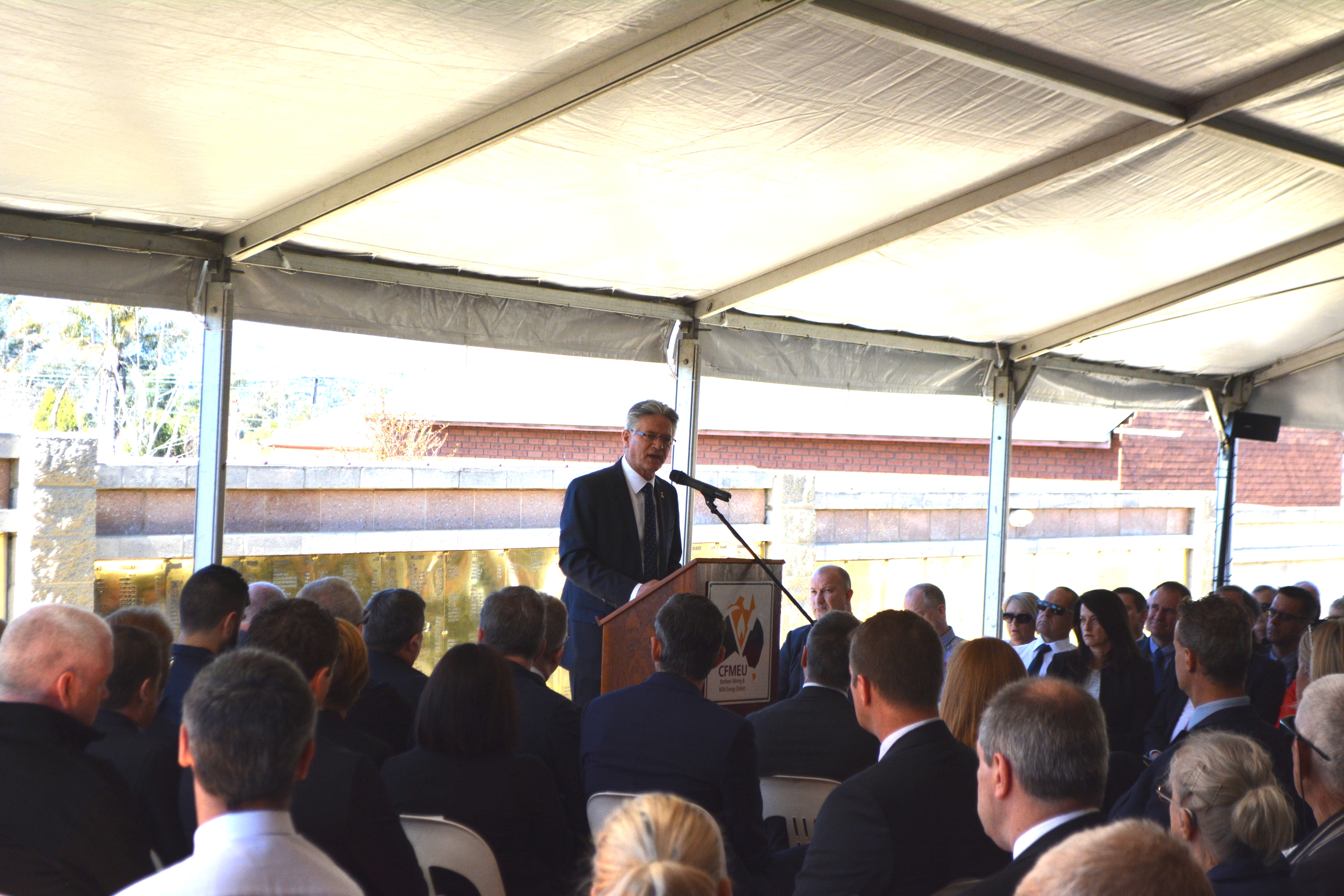 Mineworkers, unionists, politicians, industry representatives and family members gathered to pay their respects to those killed on the district’s coalfields at the Northern Mining and NSW Energy District’s 23rd Annual Memorial Service on September 9.

No new names were added to over 1,800 listed on the Jim Comerford Memorial Wall in the 12 months leading up to the service. While that is a great relief, speakers warned there was no room for complacency when it comes to protecting workers’ lives in the high-risk coal mining industry.

Federal Hunter MP Joel Fitzgibbon said mining had a long history in the region but hadn’t always delivered prosperity to the community.

“For most of its history the industry’s employees were over-worked and under-paid. In the earliest years they worked in the most appalling and dangerous environments. That changed as a result of the courage and determination of our early trade unionists.”

Mr Fitzgibbon also warned vigilance and collective action was still necessary to defend against those conditions, like casualisation and the growing use of contractors. “Casualisation does not just affect wages and conditions but also has implications for workplace safety,” he said.

District President Peter Jordan said all stakeholders in the industry including workers, unions and regulators must work closely together to ensure mine operators offered a safe place to work.

“The annual memorial service was a reminder of the high price paid by workers and the lifelong grief borne by families. The Union, its members and our mining community should never forget the workers whose names are on the Jim Comerford wall, or those who have suffered serious illness and disease. The passage of time never really diminishes the grief … for the next of kin it will never be over.” Peter said.