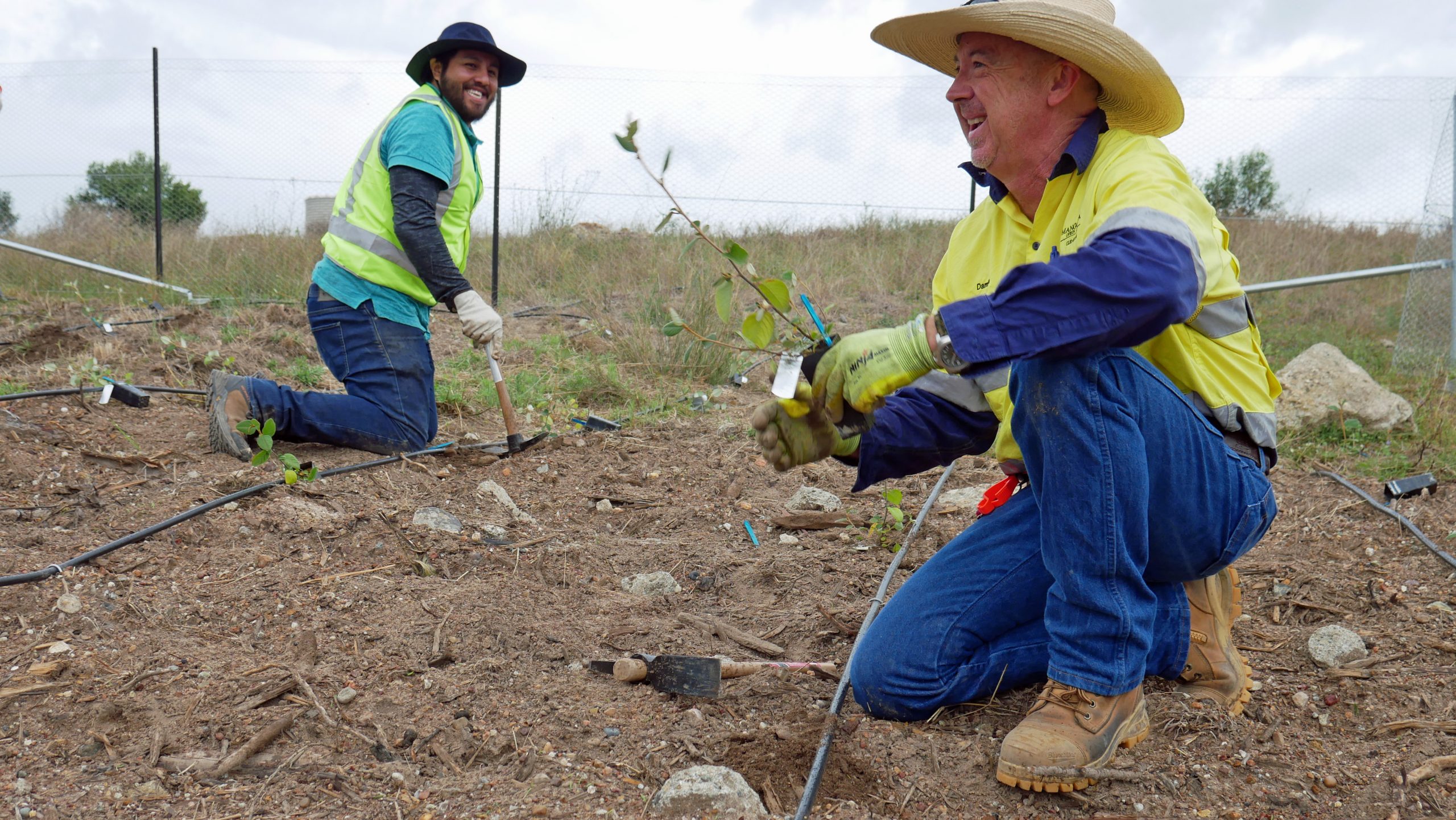 Under the original Project Approval there was a requirement to develop procedures and investigate the translocation potential for threatened flora including two terrestrial and one epiphytic orchid species that are found across the 10,500 hectares of land that Mangoola manages.

Glencore’s team has substantially expanded that requirement which is now the largest-scale orchid translocation project in Australia. The project grew from the 1,000 terrestrial orchids that were a part of the compliance to 3,500 orchids being relocated at Mangoola.

There are more than 206 native flora species that have been identified at the site and three orchids have been a part of the huge translocation project – Diuris tricolor, Prasophyllum petilum and Cymbidium canaliculatum.

What makes this project even more impressive is that it’s no easy feat to translocate an orchid.

The terrestrial orchids (Diuris tricolor, Prasophyllum petilum) are moved by extracting a 20cm x 20cm “core” and providing each with a unique identifier. That process maintains the soil bolus and mycorrhizal funghi association which increases the orchid’s chance of survival – essentially like taking part of the environment it grew in with it to a new area.

To increase their longevity even further, all of the plots are fenced, brush-cut annually and annual monitoring is undertaken to assess and keep an eye on their various stages of life.

The other orchid species, Cymbidium canaliculatum presented different challenges for the Mangoola team. Those orchids grow on other trees and were originally placed in biodiversity offset areas but since 2015 all new orchids have been translocated into the rehabilitation area after problems arose with host trees getting damaged or felled.

Before the Mangoola team translocated and monitored the orchid species over more than nine seasons, there was no data to look back on or no historical information on previous translocations.

Mangoola has therefore significantly contributed to the development of scientific knowledge for the conservation of the species.

Mangoola doesn’t only contribute to scientific journals and the like, they also share their experiences and knowledge through presentations and hosting visitors at the mine site to show them first-hand what they’ve been able to achieve.

One of those journals was a paper by Stephen Bell in 2020 for the Restoration Ecology Journal. The Society for Ecological Restoration published “Setbacks and Surprises: Translocation of threatened terrestrial orchids into non-mined and post-mined lands in the Hunter Valley of New South Wales, Australia”.

The paper concluded that “translocation of terrestrial orchids into rehabilitated mining land is feasible” and long term the flora’s flowering and fruiting are similar to benchmark populations. The paper also summarised “the direct benefit is the successful conservation of threatened terrestrial orchid species and the learnings from the project have been well documents, published and can be applied to future orchid translocations”.

The knowledge of the translocation is being passed down to local kids as well. The Mangoola team partnered with the NSW Biodiversity Conservation Division and their “Saving our Species” program as a part of the rehabilitation at the mine.

As a part of that “Saving our Species” program, the Mangoola team has been assisting in educating school children at Denman about conservation and the ecology of critically endangered species. Mangoola has also helped establish gardens at two of the Denman primary schools so students can plant and monitor Pomaderris while learning about threatened species conservation.

More than 750 hectares of land has been rehabilitated at Mangoola with plenty more to be done over the mine’s life and beyond.