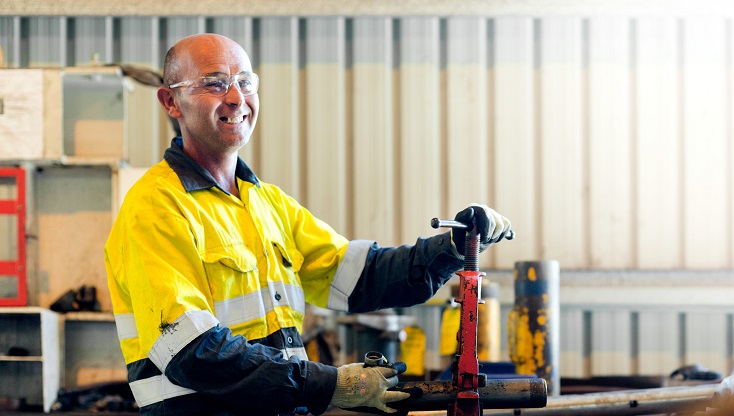 Not content with simply being a part of the industrial landscape, Monadelphous has instead been part of its creation throughout their staggering 50 years in business. Especially locally.

50 years is a significant milestone for a company that started out as a small labour hire organisation called Contract Engineering Associates in 1972. The company was later renamed Monadelphous in 1978 and has continued to carry the name and build on its industry leading reputation.

Diversification to lead and deliver projects across multiple industries including mining, coupled with Monadelphous’ footprint on the ground in regional operational locations, have been key to the success and growth of the company over the decades.

Monos as they are often affectionately called, believe it’s their people who deserve the lion’s share of the credit. The company’s diverse skill set, employees, both past and present, have played an integral role in the company’s proud history and they are celebrating them as much as the milestone itself.

Monadelphous’ unwavering commitment to regional operations, have been instrumental to their success over the years and the Hunter and North West regions continue to be key areas.

This means delivering ongoing job opportunities where people can live and work in communities they love. Supporting local communities and their local supplier partnerships are a way of life and proud part of the culture for the company and crew. It’s what makes the 50th year milestone that much more special. 50 years is also the perfect point in time for Monadelphous to recommit to continue to support their customers and invest in the future of the regions they operate in.

Most know that Monadelphous is a leading engineering group providing construction, maintenance and industrial services to the resources, energy, and infrastructure sectors throughout Australasia. They build, maintain, and improve their customers’ operations through safe, reliable, innovative, and cost-effective service solutions. They aim to be recognised as the leader in their chosen markets and be a truly great company to work for, work with and invest in. They don’t just aim though, they live it.

Over the years they have been involved in some of Australia’s biggest and most complex projects and that includes in our local areas.

The Company has been operating in NSW since 2000 and is well-established as a local business, with proud local crews. In July 2017, Monadelphous acquired RIG Installations, a Newcastle-based fabrication and maintenance business, adding to their service offering in the region. With fully equipped workshops in Singleton and Muswellbrook, their NSW regional operations provide a full range of services and lifestyle options for their people.

While locally focused, they employ an experienced team made up of managers, technical and trades personnel who can draw on the support, expertise and resources of a major national parent company.

Although Monadelphous has grown significantly since 1972, it’s the people and values that remain at the heart of the business. The Monadelphous culture is reflected in the way they operate and has been a key factor in their success.

This is a company takes great pride in being part of the local communities in which they operate. They prioritise engagement of local people to inject opportunities into the communities, as well as supporting community events, fundraisers and sponsorships. You don’t last 50 years without a commitment to more than just the job.

We usually find it hard to get Monos talking about themselves, but there was no way we were letting this huge milestone pass without recognition. In a world of come and go they are testament to staying the distance.

@ The Coalface it has been great to watch Monadelphous’ journey over the years, so from us to you and the entire crew. Happy 50th!