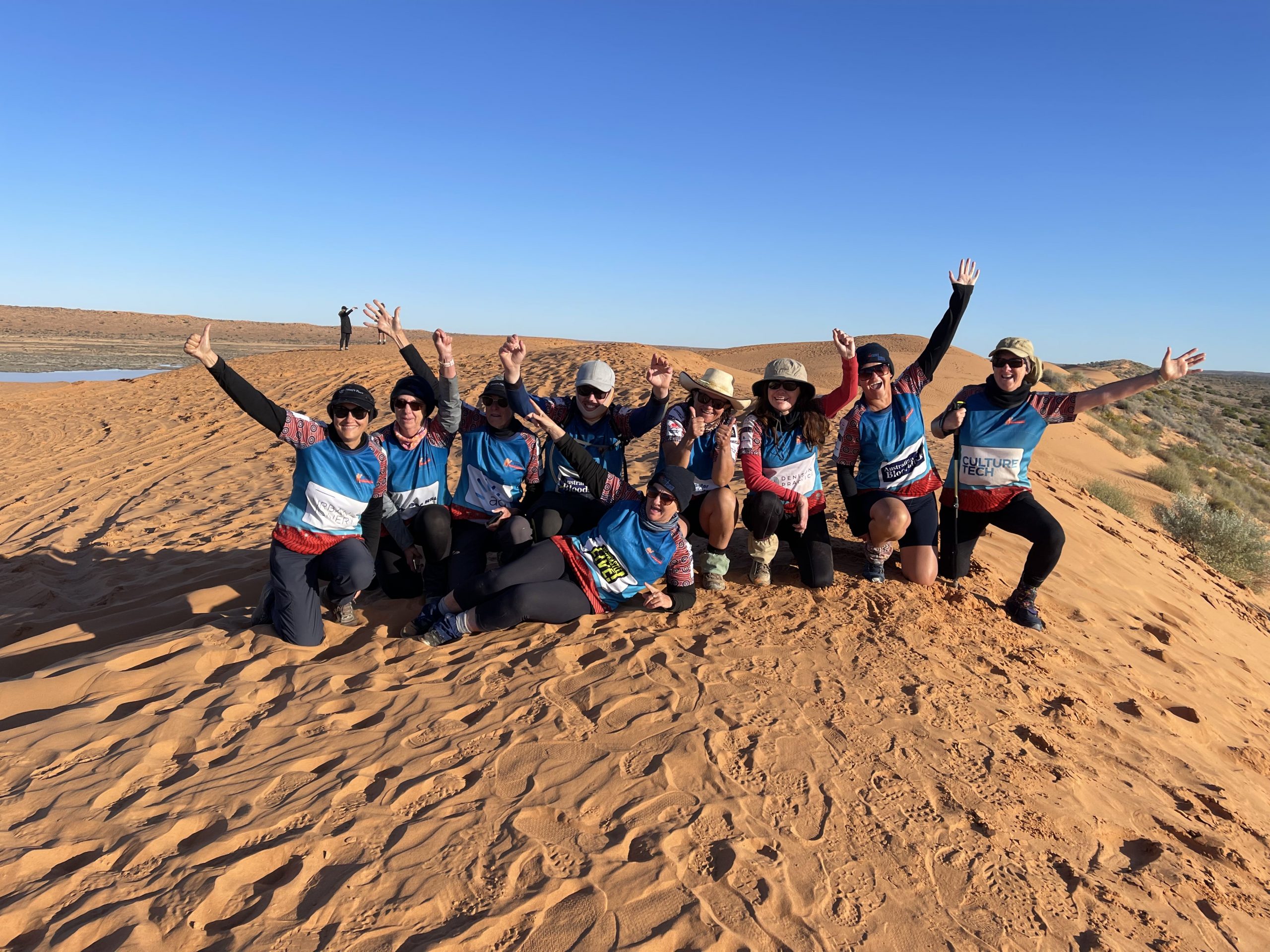 This month the Complete Parts and @ The Coalface $500 Community Gift goes to a Singleton mine worker Troy Cameron who walked the Simpson Desert to raise funds for domestic violence shelter, Jenny’s Place.

Troy battled heat, freezing nights and a cyclone to trek 440km through the Simpson Desert in Central Australia to raise funds for a domestic violence shelter.

The 31 year old mining operator at Hunter Valley Operations (HVO) and Singleton resident has returned from the 20 day hike for Jenny’s Place. He walked with his mum, Sharon Cameron, from East Maitland, auntie Donna George from Rutherford, and six other Hunter women.

Troy relished the challenge and being out of his comfort zone. He said the trek was challenging but amazing. The group had to deal with two windstorms which reached more than 100km – one rated as a Category 1 cyclone. On two days temperatures hit 33 degrees which Troy said felt hotter in the desert – the heat was coming through his boots. The coldest night was minus 7 degrees. The group walked over 1,100 sand dunes and didn’t shower for three weeks.

“It sounds a bit weird I wanted to be in a situation where I may struggle,” Troy said.

“My walk was only 20 days but many women coming to Jenny’s Place struggle for years or their entire lives because of domestic violence,” he said.

“The best part of the walk was the people I met; hearing their stories.”

The trek started in Dalhousie Springs and finished in Birdsville. Troy was the youngest – the oldest trek member was 71. Troy prepared for the event by doing some gym work and walking 10 to 15 kilometres every second weekend in Newcastle with other participants.

The group has raised more than $115,000 with Troy personally raising almost $5,000 through Bunnings sausage sizzles, raffles and a hypnotist night. HVO put on egg and bacon rolls for its staff to facilitate more than $1,200 in HVO staff donations, taking Troy’s fundraising total to more than $6,200.

The fundraising trek is not Troy’s first. In 2018 he walked the Kokoda Track for Camp Quality. He has also done two 1,000km bike rides from Ipswich in Queensland to Newcastle for Camp Quality.

“I love doing these types of fundraisers because you experience amazing places, meet fantastic people and give something back to people in need.

“It is so great to hear the life stories from people who have been helped by the charities I support.”

Jenny’s Place is a not for profit organisation that helps Hunter women and children fleeing domestic violence or facing homelessness. It also works to prevent violence and to promote healthy relationships through community education and awareness raising. It is conducting three treks this year – the other two to Kakadu and Tasmania. Funds raised will go towards the annual cost of $180,000 to run a refuge.