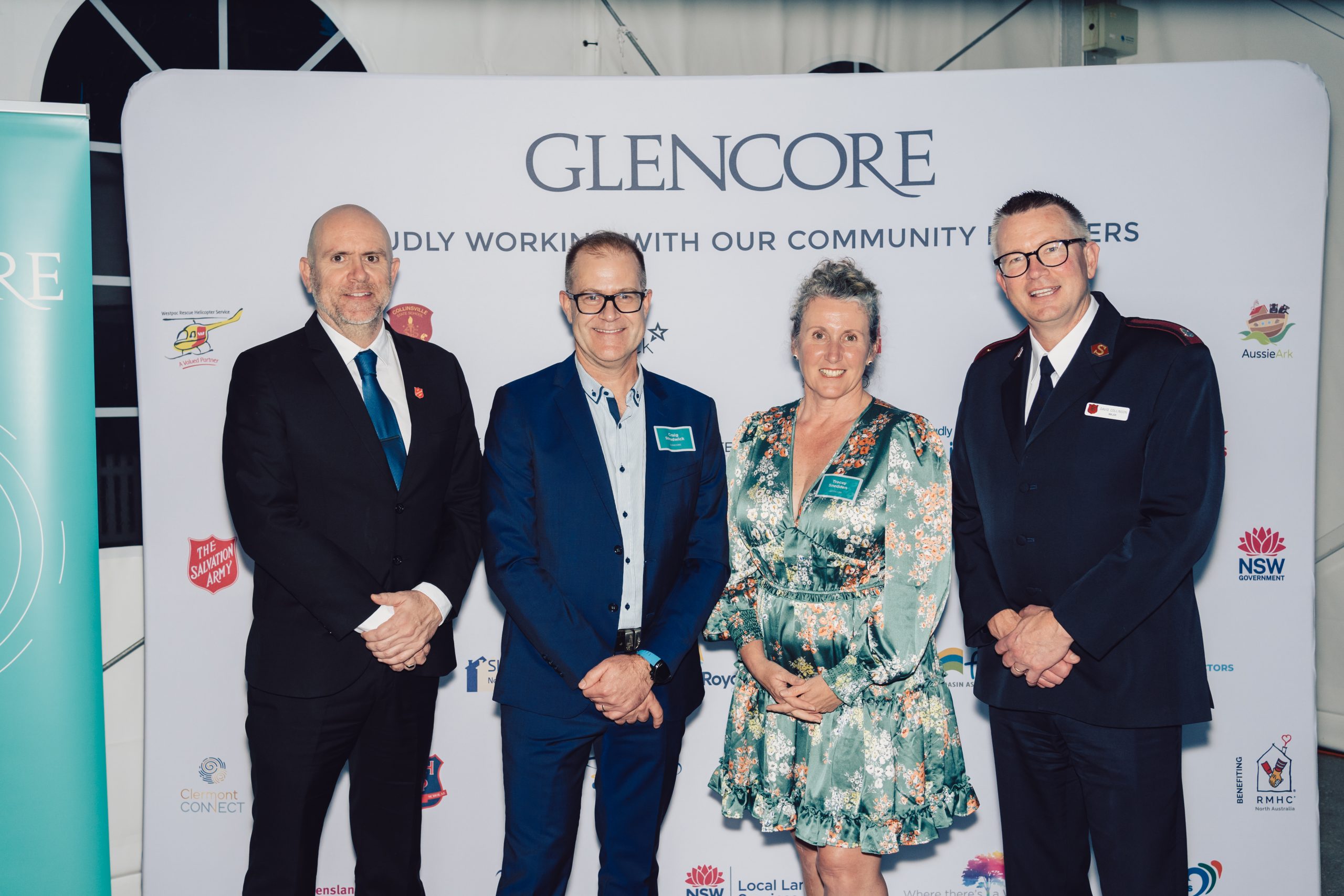 A special night was recently held in Mackay in honour of Glencore’s Community Partners. Glencore are genuine industry leaders when it comes to community commitment and support and the event is one their most important celebrations.

Community Relations Manager Craig Strudwick oversees what internally at Glencore is one of the most important parts of the business – their community investment program. Since 2006, Glencore has invested more than $100 million in community partnerships across New South Wales and Queensland. Thanking and recognising these organisations and groups for their hard work is a top priority for the whole company. From Chief Operating Officer Ian Cribb to the entire workforce. Both Ian and Craig are both very much dedicated to supporting true community achievement and spoke with great pride on their partnerships.

But enough about Glencore. They actually prefer their community partners to shine and shine they did on the night. The speakers sent goose bumps raising up around the room as they showcased the truly amazing outcomes they are achieving through their work.

The organisations and people on the night the attendees heard from are amongst the finest in their field and communities.

Dr Paul Craven is the Executive Director of HNE Kids, a networked paediatric service including the John Hunter Children’s Hospital, servicing northern NSW. This is a program and man working tirelessly for kids’ healthy futures. Nayerra Hudson is the Dietitian and Implementation Manager for Healthy Beginnings for HNEKids, a digital health initiative transforming preventative healthcare across the first 2,000 days of life. What an amazing and passionate woman.

We then heard just why Northern Hairy-Nosed Wombats are so important, not to mention adorable.Dave Harper is the Principal Conservation Officer at the Queensland Department of Environment and Science, working on the Northern Hairy-Nosed Wombat program. And not a more dedicated man could their futures hands be in. Glencore first partnered with the program in 2008 to help save the critically endangered wombat from extinction.

Janelle Otto is the Program Coordinator at Clermont 4 Doctors, which is a five-year program designed to address Clermont’s lack of medical practitioners. Janelle is a force of nature and one of Clermont’s biggest cheerleaders, not to mention committed community leaders. The program helps new doctors, and their families, to settle in the area. This vital program is instrumental in preserving the fabric of life in the region and town.

It was then time to be Starstruck! With a performance of talent and beauty from Chloe Gill, 18, who is an aspiring alternative contemporary singer, songwriter and multi-instrumentalist from Newcastle, NSW. Chloe graduated from Sydney’s Talent Development Project in 2021 where she discovered her passion for writing original music. Since her graduation, Chloe has released two singles and has more music in the works.

At Glencore’s Community Investment Dinner, Chloe was representing Star Struck which is a performing arts event presented by students from the Hunter, Newcastle and Central Coast Regions of New South Wales. Glencore is delighted to have been part of the production for more than a decade. In 2022 Glencore celebrated its 10th year as Principal Sponsor and their overall support for the event hit the $1 million mark.

It was a very special night that showed just what can be achieved supporting community. The outcomes, the inspiration, and the dedication to the future and what can be achieved is a recipe to follow for all businesses capable of this kind of support. Well done to Glencore, but much more importantly, well done to the absolute rockstar champions that are the fabric of community now and into the future.