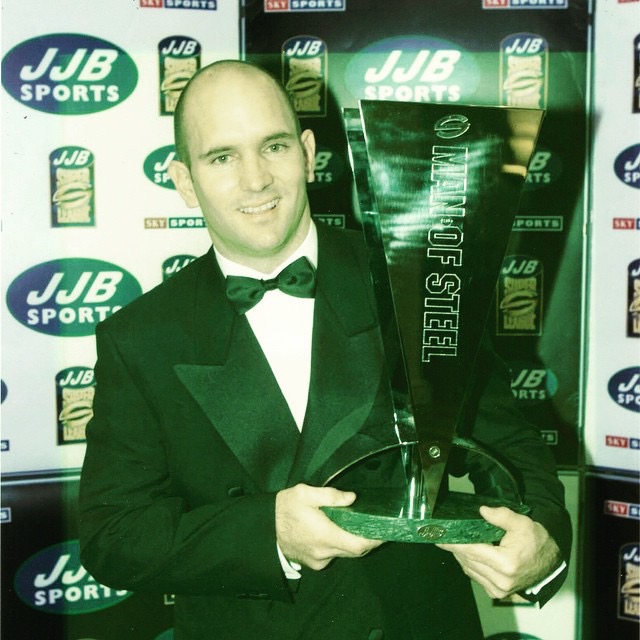 Mental Health is not a Game

The rugby league world was rocked recently with the passing of well-known rugby league identity Paul Green through suicide.

Greeny had achieved everything as a player and then went on to make history as an NRL coach by guiding the North QLD Cowboys to their maiden premiership in 2015 in dramatic fashion against the Brisbane Broncos in what many people say was the best grand final of all time.

Greeny had achieved the highest of highs in rugby league, had a beautiful family, was a high achiever who could play violin, had a commercial licence to fly planes and helicopters, a degree from Harvard University and was known to be a perfectionist at everything he did in life.

So how does a man, who from the outside looking in seems to have everything you could ever ask for, go down the path of taking his own life and in doing so leave behind so much pain and sorrow.

For the record there are around 9 deaths by suicide each day and 7 of these are males, it’s a staggering figure. I alone know 3 males in the last month who have taken their own lives, ranging from 19 to 49 years of age. All had their own troubles and obviously all felt like this was the only way out to ease their pain.

I have heard many people say in the last couple of weeks how selfish it is that they have done that and left a river of hurt that will never go away. Prior to 2004 I would have 100% wholeheartedly agreed with them and probably said they should ‘harden up’. This was until in 2004 when I went through the exact same thing myself, something I didn’t see coming and something I had never ever experienced before in my life. For the record I am a confident person, I can solve problems by myself and I am genuinely happy most of the time.

2004 saw my professional career come to an end after having one last crack at NRL after having 7 years in the English Super League. I had rung Wayne Bennett and asked if I could trial with the Broncos and see if I could do a job for them. I did the off season and worked hard but Wayne said he didn’t see and opportunity there for me but wanted me to play for their feeder club the Toowoomba Clydesdales and help with their younger players such as Sam Thaiday, Neville Costigan, Matt Ballin to name a few. Paul Green was also in this side until he went up to first grade.

At the same time, I had been looking at a business to buy to help with the next chapter of my life after footy, I was a cabinetmaker by trade but hadn’t done that for over 10 years and if I am honest, I wasn’t a very good one and hated it. I was playing some good footy with the Clydesdales and Wayne had pulled me aside one day at training to tell me exactly that and that I would be in first grade soon. I was over the moon. Even though I was 33 at the time I had been training hard and still had what it took to play NRL, or so I thought. This also put on the back burner the thought of getting a job or buying a business as I was close to being back in the NRL again and I wanted to concentrate on that.

My year with the Clydesdale went great, I played some of my best football but didn’t get that call up Wayne had said to me was coming. This shattered me because even though I was 33 I had set this as a goal to achieve and I didn’t do it, not one game, not even close, I actually felt I failed and to make matters worse that was the last throw of the dice. I had to move on to the next part of my life and that is where things turned pear shaped.

I looked at a number of businesses, but they weren’t what I was looking for, so I went down the path of finding a job. I applied for jobs in rugby league, a job in a timber factory, you name it I applied but couldn’t land any of them.

This is where I went from being the happy go lucky confident bloke to a bloke who thought about taking his own life every day. It just came so quickly and took me by surprise, I didn’t know how to handle it. I had gone from being a professional rugby league player who knew what each and every day entailed. Training hard, having plenty of laughs with the boys and then on weekends going to celebrate the highs that came from playing rugby league.

Then it ended basically overnight. Everything I had been taught in rugby league that got me to the elite level, be tough, don’t cry, don’t show anyone you are hurting, work harder etc. all harmed me when I had finished as I was still living by these values.

Even when I was hurting so badly inside my head and heart and I needed to talk to someone, I didn’t want to because I thought people would say I was soft or I needed to harden up. I didn’t tell one soul about what I was going through as I thought I was the only one. No one had given me a book to say this is what can happen at the end of your career, no one told me that it would or could be hard, in fact no one told me anything at all. It was just do your best. If anyone asked me how I was doing I just smiled and said I’m going great thanks.

In reality, I was in pain every day, the thoughts were just constant. It was like having a devil on one shoulder and an angel on the other and they were constantly fighting with your brain and telling you what you should do. One saying you don’t need to be here anymore and the other saying yes you do what about your wife and children and family.

This went on for three months and a couple of things saved my life. One was my children. It was as if they knew when I was down and they would give me so much love. The other was that I wasn’t a big drinker, nor did I do drugs, I honestly believe if I had been relying on those choices I wouldn’t be here today telling this story because that would have swayed it the devils way.

Ben Ikin was my saving grace. We played together that year and got on really well, I had known him when he was a young player coming through. He rang me one day to see if I wanted to have a game of golf, which I agreed to. I let my guard down this day and asked him if he knew anyone who had a job, I didn’t care what it was, I needed a job. He was working for his Dad in the removal business and there was a job going there managing the packaging side of things. I said I wouldn’t have a clue how to run a business and he said I could do and just go for an interview. I did just that a few days after and I got the job, more through Ben than my ability to run a business if truth be known but I didn’t care because I was the happiest man on earth. It changed me overnight. I felt I was something again and a huge burden had been lifted and the devil got removed from my shoulder.

I didn’t tell anyone, not even Ben, about what went through until 6 years later and I wrote about it in a blog, and it went off like hay fire. As it turns out I wasn’t alone and plenty of men had gone through the same thing as me. I have since then spoken to plenty of footballers, military people, miners etc. about my experiences and so many have opened up to me about what they went through.

I met Luc Longley the basketballer who achieved so much at the Chicago Bulls and I asked him if he went through the same and he had. Shane Webke was the same. I have since thanked Ben for what he did for me that day because that good gesture quite possibly saved my life and in doing so saved a lot of pain around me.

So, I do understand what Greeny went through, I don’t know his full reasonings and never will, but technically he has been through two retirements one as a player and one as a coach. Even though he was still going to coach he had gone from the elation of winning a grand final to struggling to get a head coaches role and in doing so leaving a massive void in his life that no one can fill because those roles in rugby league can’t be replicated.

As men, yes we have to talk, but just as importantly we need to be around our mates and do things in our life that make us happy. We need to teach our young kids’ resilience so that a speed bump doesn’t become a roadblock.

In my eyes having a Mental Health round in the NRL will have a minimal effect because that still isn’t going to make men talk. I would rather that money be used to dig in deeper for methods to help men talk because it’s the ones who don’t talk we need to worry more about. I don’t have the answers unfortunately, all I know is there is too much hurt left behind when we lose one of our own be it male or female.

If you need to talk with someone reach out.

This deeply personal front cover story sent to me by rugby league champion, and our Bush Footy Man Adrian Vowles is a must read. Male or female, footy lover or not, there’s something in Adrian’s story that will resonate with all.

In Adrian’s story he says, “Dig in deeper for methods to help men talk, because it’s the ones who don’t talk we need to worry more about.”

When you see someone you care about struggling – or even someone you don’t know that well – reach out to them. Talk, talk, and talk some more. It might be uncomfortable, it might be even unwelcome, but I speak from experience when I tell you it does help.