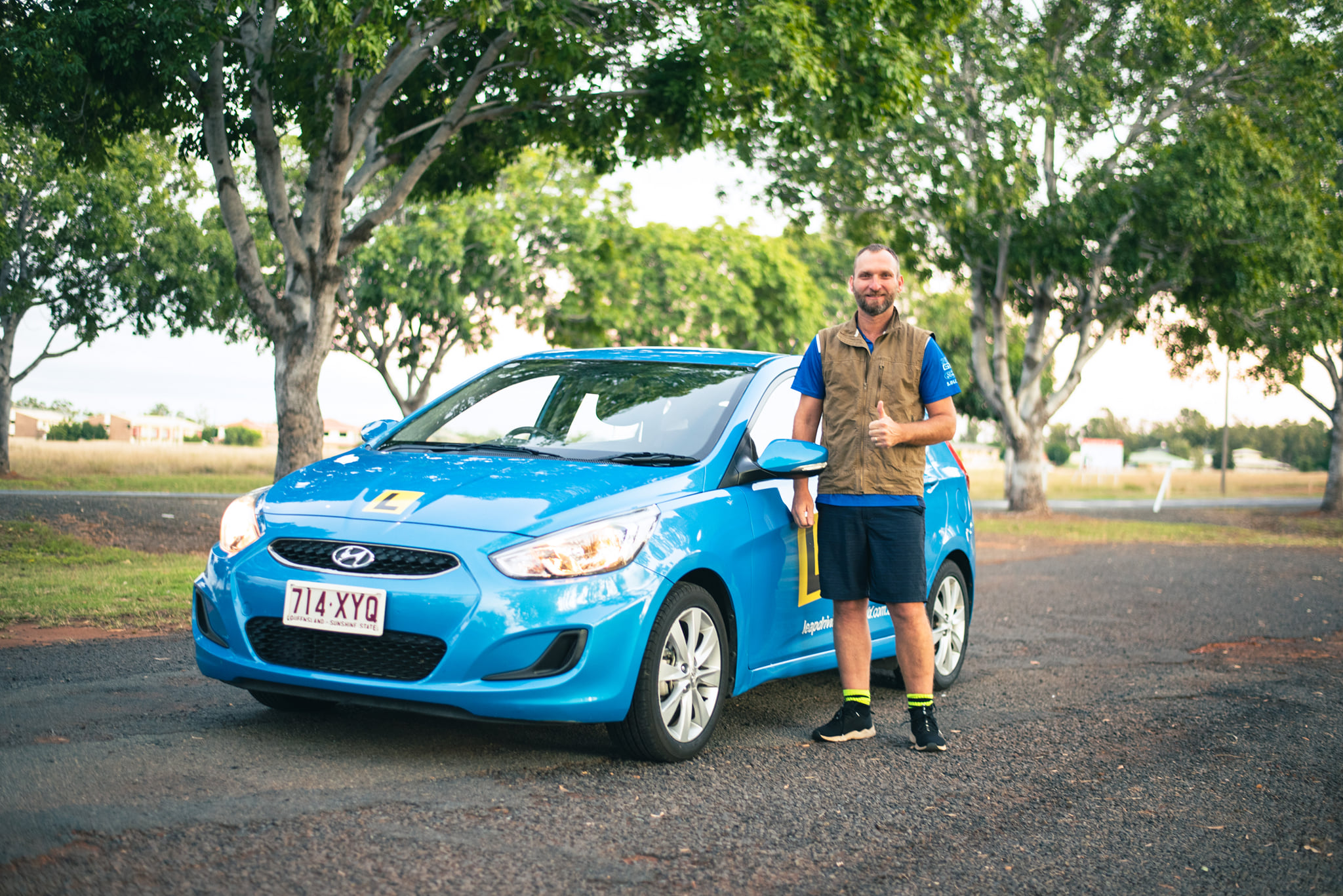 This month we got to meet one of the many inspiring faces of the Coalface. Andy Suthers is a Moranbah local that works in the mines, volunteers in the community and who is passionate about teaching the right driving behaviour through his Leap Driving School.

Andy moved to Moranbah 5 years ago but has been working at Peak Downs Mine for 13 years, originally commuting from Maryborough. It was a big leap of faith to make the move, but one he has no regrets about.

“When our oldest daughter Katie was going into Grade 11 it just became too hard to do the driving commute. So, we made the decision to pull up stumps, took the kids out of a private school, Zoey (my wife) quit a really good job and we moved out here so we could be together as a family. I love living here. Our daughter Katie has a house here now too, so we’ve really put down roots,” said Andy.

Working at Peak Down as an operator, Andy says he spends his work days “swinging a shovel and driving a digger.” While that might be enough to keep most people busy, Andy decided in his spare time to buy a driving school, as teaching has always been something he enjoys.

“I’ve been teaching water skiing my entire life. I like doing it and I like people. Having a driving school was something that Zoey and I had spoken about for a couple of years but there was already one in town. When it came up for sale, I told her she wouldn’t need to help with anything. Well, that was lie because she does everything from bookings to taking all my messages. I just do what I’m told as she’s the brains and I’m just good at teaching people and helping them get them their licence.”

However, Andy soon noticed that people would buy one or two lessons and they couldn’t afford to buy a package which is ten lessons.

“You could see that they were struggling so I would do stuff for free to get them their licence. I decided to go see Tracey and Brianna at ELAM after I noticed more and more people struggling.”

The ELAM youth driving program is a program that supports youth that struggle to get a licence. The students go to Andy for lessons, are able to use the Leap Driver Car for their test, and ELAM also pays for the first year of their licence.

Leap Driving School also partners with multicultural Australia and ParentsNext, so Andy does lessons for them, working mostly with single parents and people from overseas, Aboriginal and Torres Strait Islanders and anyone who struggles to get their licence because they live in a remote town.

“It’s 200km to get to Mackay, it’s 35 km for me to get to work and we have all these young people that need jobs, who want jobs and want apprenticeships, and the first thing they need is a licence,” said Andy.

“Even though we live in a mining town there are lots of people here who don’t have money. I see all walks of life. My wife and I, we grew up with nothing, so we work hard and have given the same values to our children. But not everyone can do so. We believe it’s good to give back to the community.”

“Once someone gets their licence they’re up and going and onto their next stage of life. I don’t care if they forget me, but everything that I teach them they will have for the rest of their life because they are always going to be driving a car.”

Andy also volunteered his time and resources for 4RFM’s Road Safety Week this year teaching a group of women to reverse a trailer. He believes volunteering is important because without it you don’t have a community.

“That’s what it’s all about isn’t it. It’s all part of doing the right thing and I enjoy doing it. I love teaching young people how to drive, I love it when they get their licence. It’s not just rewarding for them but it’s rewarding for me.”