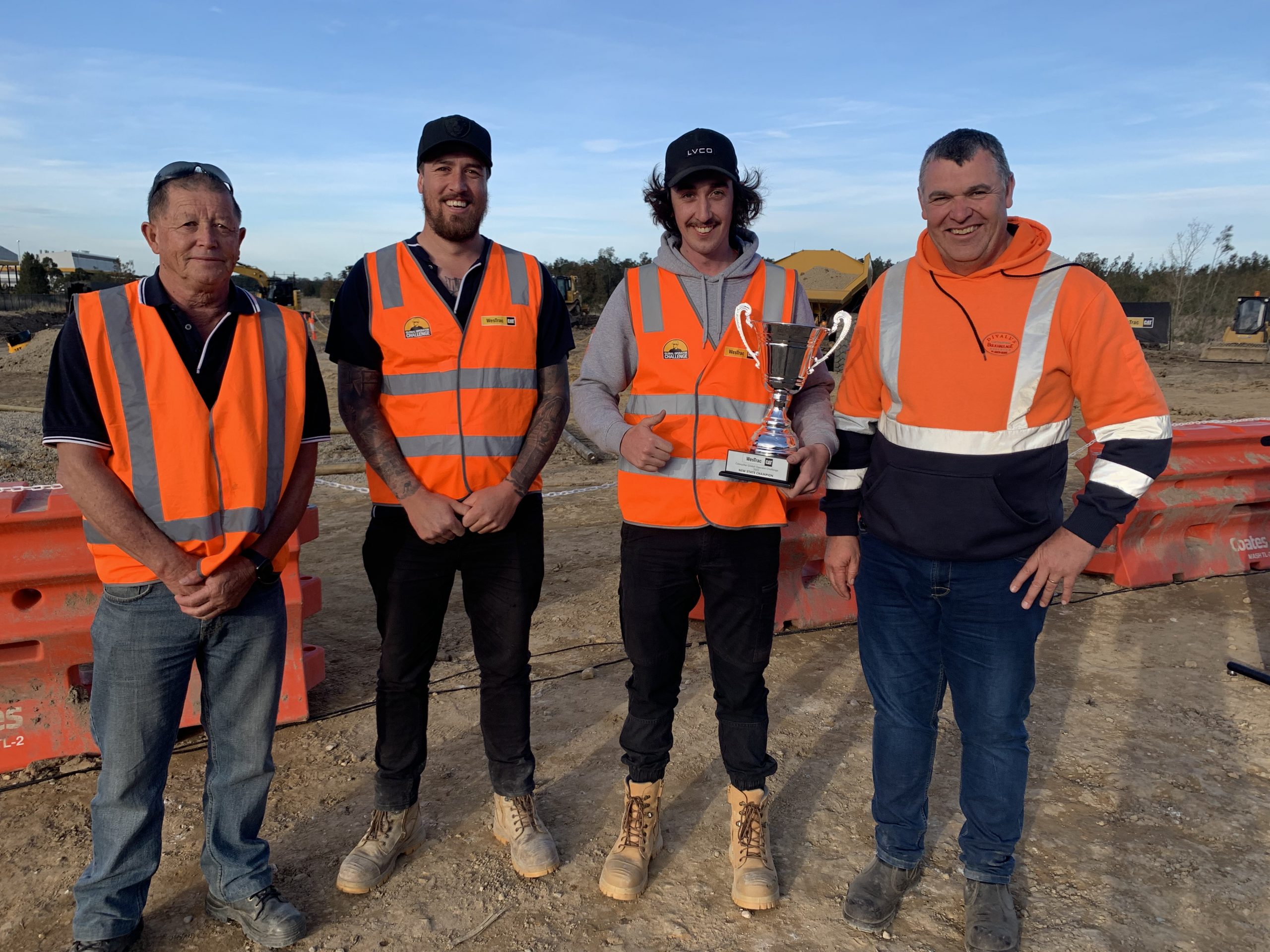 Third-generation heavy machinery operator Jack Divall has proven he is the best equipment operator in NSW following an outstanding show of skill at the WesTrac-hosted Caterpillar® Global Operator Challenge on Thursday September 8.

Working in the family business, Divall’s Earthmoving and Bulk Haulage, Jack has grown up around machinery, first getting behind the wheel of an excavator at the age 3. Now 24 years old, he will soon be representing NSW at the Asia Pacific Final in Japan in October.

The event involved three challenges all designed to put the operator’s agility, resilience, versatility and technology skills to the test. Using different Cat® machines, competitors showcased skills ranging from precision digging and loading to playing mini golf in an excavator.

Jack said the event was challenging but a lot of fun and especially enjoyed the comradeship among the 12 competitors. When asked what attributes you need to be a good operator he said, “attitude, passion and attention to detail.”

For Divall’s Earthmoving and Bulk Haulage it was a proud day with Jack’s cousin Jacob also competing in the final. Cheering them on were Jack’s Dad Andy and Jacob’s Dad Peter. Talk about talent running in the family.

Jack will be joined in the Asia Pacific Final by West Australian operator Jake Myers from MLG Oz, who took out the WesTrac-hosted WA final, as well as winners from other states and around the APAC region.

The winner of the Japan event will then head to Las Vegas next year to vie for the title of best in the world at the Caterpillar Global Operator Challenge final at CONEXPO 2023.

“We’ve seen that there are some highly skilled operators across the state and they’ve been able to put their talents on show. All operators have shown outstanding operator skills, which made it hard for the judges to select an outright winner, but Jack proved he has what it takes,” said Mr Dix.

“We wish him every success as he heads to Japan next month and we hope we’ll see him on the world stage in Las Vegas next year.”