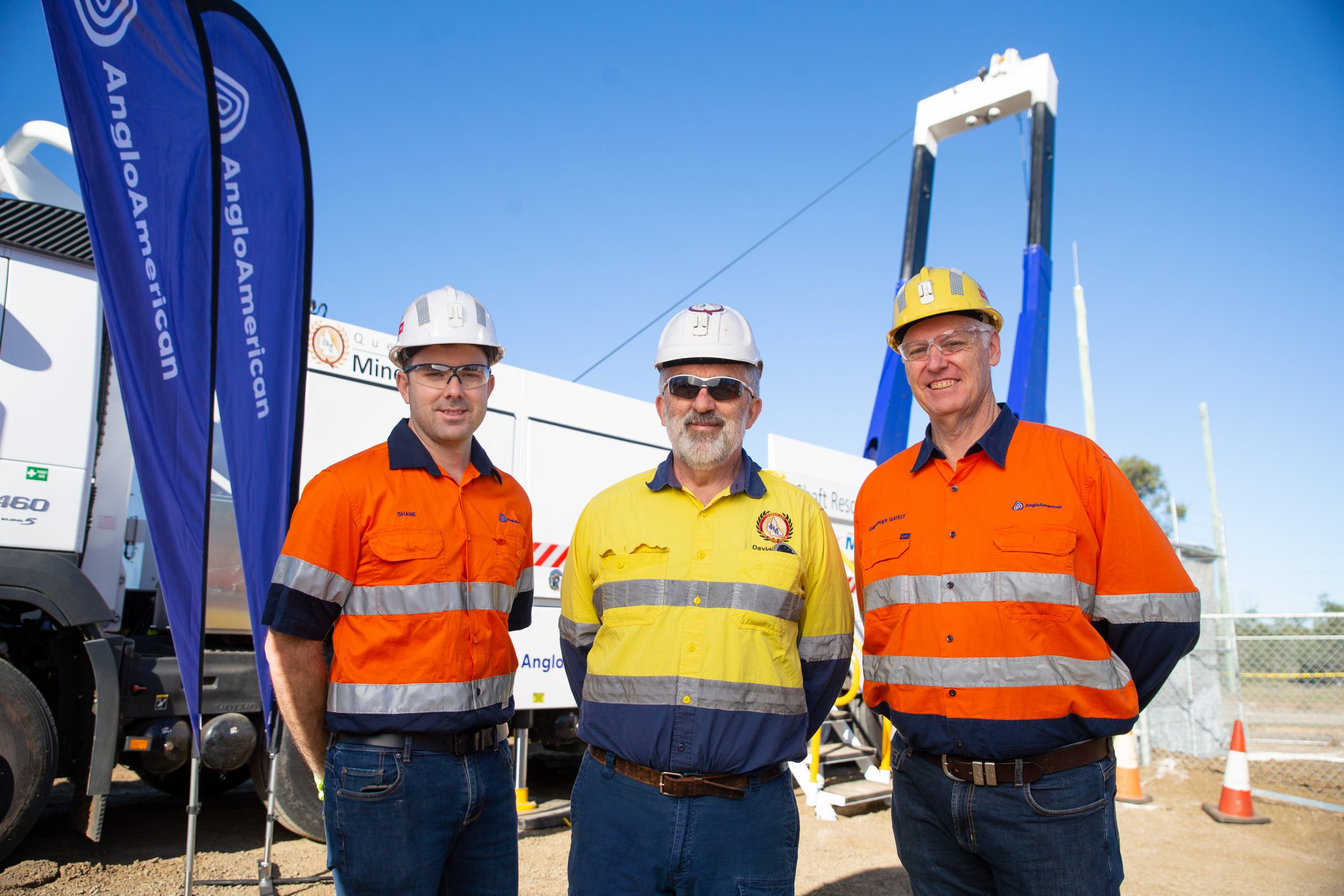 Queensland Mines Rescue Service (QMRS), in partnership with Anglo American, has commissioned a critical new piece of mines rescue equipment for use across underground mines in the Queensland mining industry.

Chief Executive Officer of QMRS David Carey acknowledged Anglo American for funding the equipment and supporting QMRS in its design and engineering.

“While we hope we never need to use it, the Shaft Rescue System will form part of the emergency response plan for every underground mine site in Queensland and we’re grateful for Anglo American’s support in delivering it,” Mr Carey said.

“The SRS lowers interchangeable cages into mine shafts to rescue trapped miners and is equipped with a world first intrinsically safe directional Wi-Fi communications system that can be used safely underground.

“The Wi-Fi enables radio communications from the rescue cage to the surface, captures and shares real-time video and sends data from a gas monitoring system.

“This equipment will make a meaningful difference to our emergency response capabilities in Queensland and will be housed at our Dysart headquarters in the heart of the Bowen Basin, so it’s close by if ever required.”

Head of Safety and Health at Anglo American’s Steelmaking Coal Business, Marc Kirsten, said the company was pleased to support QMRS in delivering the Shaft Rescue System for all of those who work underground in the mining industry in Queensland.

“QMRS supports our industry with leading edge emergency response capability and support, and we are pleased to have been able to support them in turn, by providing this vital and potentially life-saving equipment.

“The Shaft Rescue System will improve emergency response capabilities across all underground mines in the Queensland mining industry, and it was important to us to make this investment in industry safety,” Mr Kirsten said.