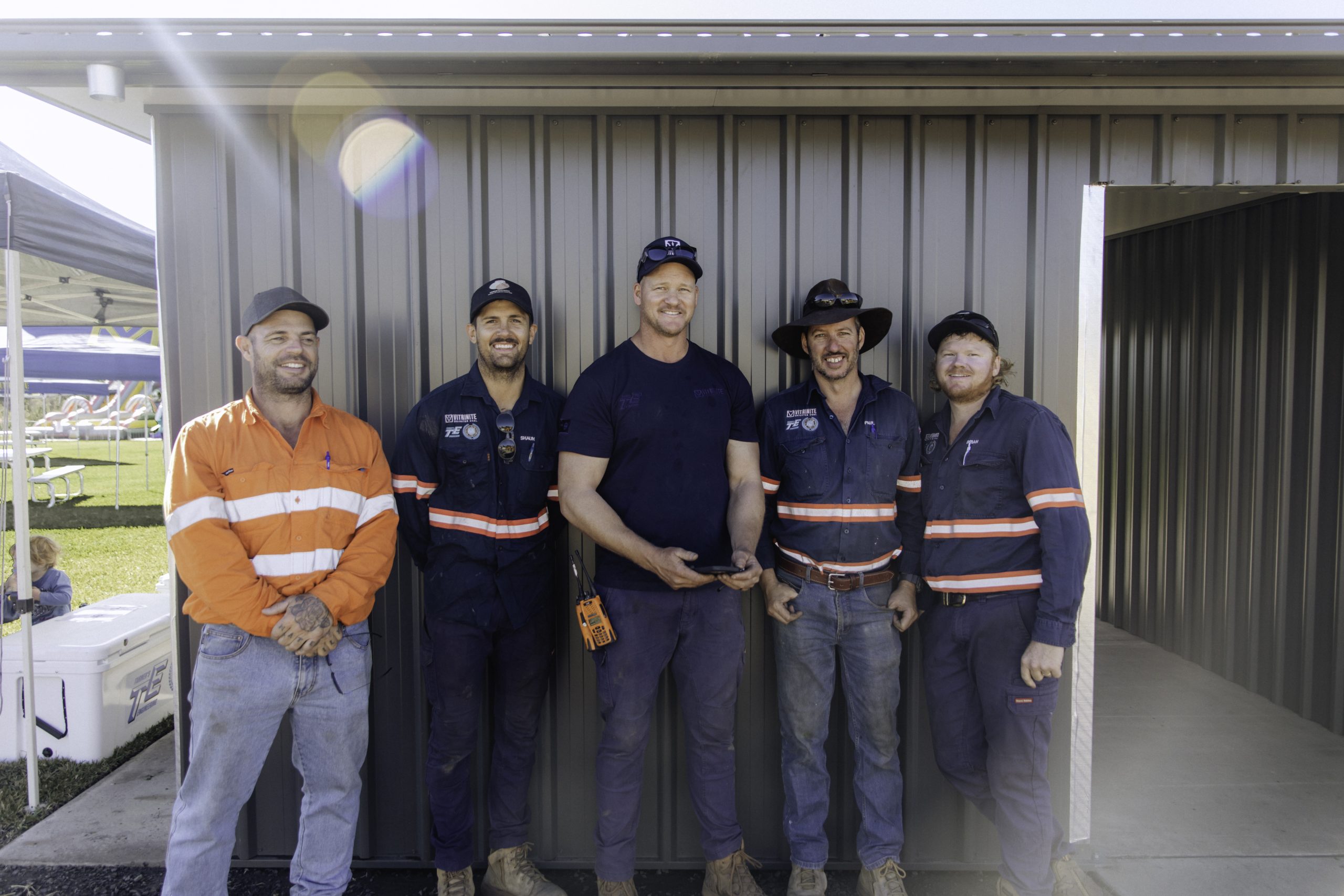 Vulcan coking coal mine, situated between Dysart and Moranbah is set to change the way people view coal mining companies with their heavy emphasis on family and local communities.

The mine is owned and operated by parent company Vitrinite, a company that began through a friendship between Directors Nick Williams and Ryan Welker in 2009.

From their first meeting, the two men realized they had complementary strengths that made them a great team and in 2014 they added Matt Burgess and their working relationship took off as they set about making their dreams a reality.

Director Ryan Welker says, “Our working relationship exists to this day and remains the keystone of our family style way of doing business.”

“We developed a desire to do things differently from the outset by fostering innovative thinking that rewards tenacity and hard work.”

After the formal founding of their company Vitrinite in 2014, the men realised they didn’t have all the answers, but they were determined and recognised that to fill the knowledge and skills gaps they faced, they were going to need a lot of learning and good people.

When the Vulcan mine began production in September 2021, they completed a major milestone in their journey.

Vulcan mine creates employment for more than 170 direct employees and many more people who are in some way economically benefitting from the business.

Mr. Welker explained, “The Vulcan operation is running very well and Vitrinite itself will expand over time as we advance other assets across our portfolio.”

The mine itself produces a premium hard coking coal which is sold into the Pacific Basin markets.

“We have ensured that the approach we are using will allow the mine to operate and grow for many years to come,” Mr. Welker said.

Apart from operating a successful business, the Directors of Vitrinite explain they get a huge amount of satisfaction knowing that so many people are able to provide for their families by working alongside them in the achievement of a dream.

Mr. Welker explained, “It is a responsibility we do not take lightly, and it is why we believe it is so important to invest in the family infrastructure and communities that support the men and women who work at Vulcan.”

“We aim to give everyone a sense of familial belonging that they and their families can all be proud of.”

Vitrinite believes their culture is symbolic of these values and recently held a Family Open Day on Site where they hosted families to show what their loved ones do every day to put food on the table.

Mr. Welker said, “We have many families who work for us, fathers and sons, husbands and wives and even a father and daughter.”

To help further cement their commitment to family, the company plans to build a creche, cafe and additional facilities, which will be available to all employees.

“These things are all complementary to this culture we believe is so important to the success we have achieved thus far and critical to making sure this success and culture is sustainable and able to be replicated as we grow, “Mr. Welker said.

“This is how we have chosen to differentiate ourselves in a competitive market for employees and we feel that attention to all of the aspects of our personnel’s lives will make us an attractive place to work and grow. “

But this gratitude does not only extend to the employees at Vulcan and Vitrinite are also sharing this work culture off site.

“We have a similar feeling and gratefulness for the Barada Barna people and the residents of Moranbah and Dysart,” Mr. Welker said.

“We feel that every investment we make in these towns and to the Traditional Owners of the lands we occupy, by permanently locating our staff in the communities, is an investment in the quality of life of our employees and a broad array of local stakeholders.”

These benefits are not only economic but also roll over to deeper parts of these communities including sport, education and other social aspects.

The Directors of Vitrinite and the Vulcan mine say they love the coal industry and the communities that surround it.

Mr. Welker emphasised, “The challenges to get where we are today have been considerable and most unforeseen, but the hard work of so many great people helped us get to where we are today, and we will always remain loyal to those who helped us make this dream a reality.”