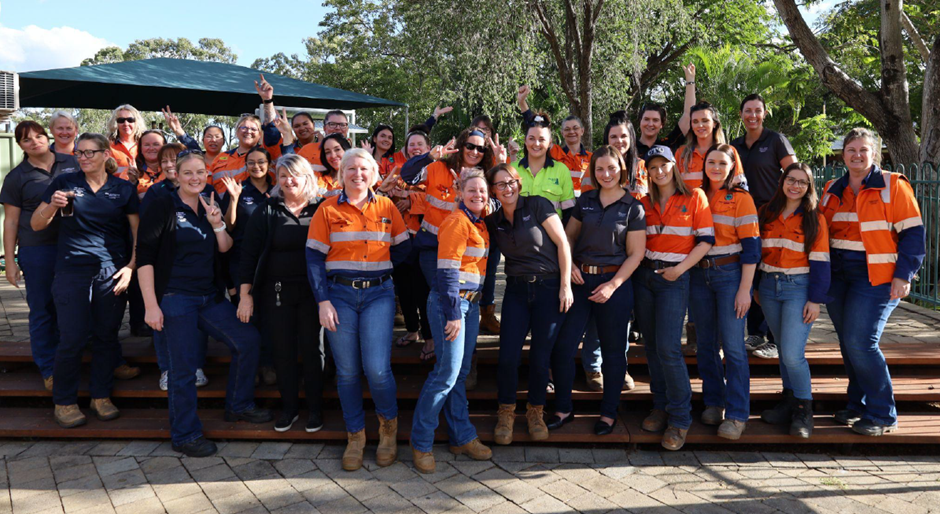 International Day of Women In Mining is a global celebration of women in mining that celebrates women’s perseverance, contributions, talents and spirit.

Its intention is to bring to light the advancements achieved and opportunities available for the industry to continue to become sustainable, diverse and inclusive.

In the absence of a site-level program to support mining women in Glencore, Tania Steel, Commercial Manager at Newlands Open Cut Mine, organised an inaugural event to initiate grassroots support for women in mining at Newlands and beyond.

More than 30 women, a mixture of employees and contractors, attended the event held at Glenden Bar and Grill with female Glencore representatives joining from Newlands and nearby Collinsville and Hail Creek sites.

In addressing the gathering, Tania said; “Ensuring a strong female workforce with a sense of community and support that knows where to look if help is required has always been important in mining.

“But at Newlands, which is preparing to be the first coal mine in Queensland to close, it is now even more important. This has created uncertainty for most and is impacting culture. It’s urgent to highlight the support available for women.”

Research by Mckinsey & Co into why women are leaving the mining industry revealed that women are underrepresented at all levels within mining companies, but opportunities remain for the industry to boost female recruitment, retention, and advancement.

In their 2021 report, McKinsey reported that, “In addition to low labour force participation, the drop-off from entry-level to executive for females in mining is among the most dramatic across all industries we studied.”

Tania approached her Operations Manager at Newlands, Glenn Sauer, for support with the initiative.

Glenn said that earlier this year, his leadership team at Newlands aligned itself around the opportunity to lead the first coal mine closure in Queensland with a clear sense of purpose, “to deliver responsibly and transition well together.”

When Tania approached him with the idea to initiate some grassroots support for women, he said it was a given.

“It was a no-brainer to endorse an initiative like this that might help female employees build strong networks with other women on-site and across other Glencore sites to support their current employment experience and future career aspirations,” he said.

Participants at the inaugural event were invited to complete an online survey which included questions about their experiences working in the mining industry as a woman, and the types of support that would be valuable to them from a Women In Mining support network.

The 33 respondents ranged in age from their 20’s to their 60’s, with more than half having worked in the mining industry for more than five years.

Due to the unanimous support for the initiative from those in attendance, Tania is already planning a second event for late August 2022 with assistance from several volunteers.