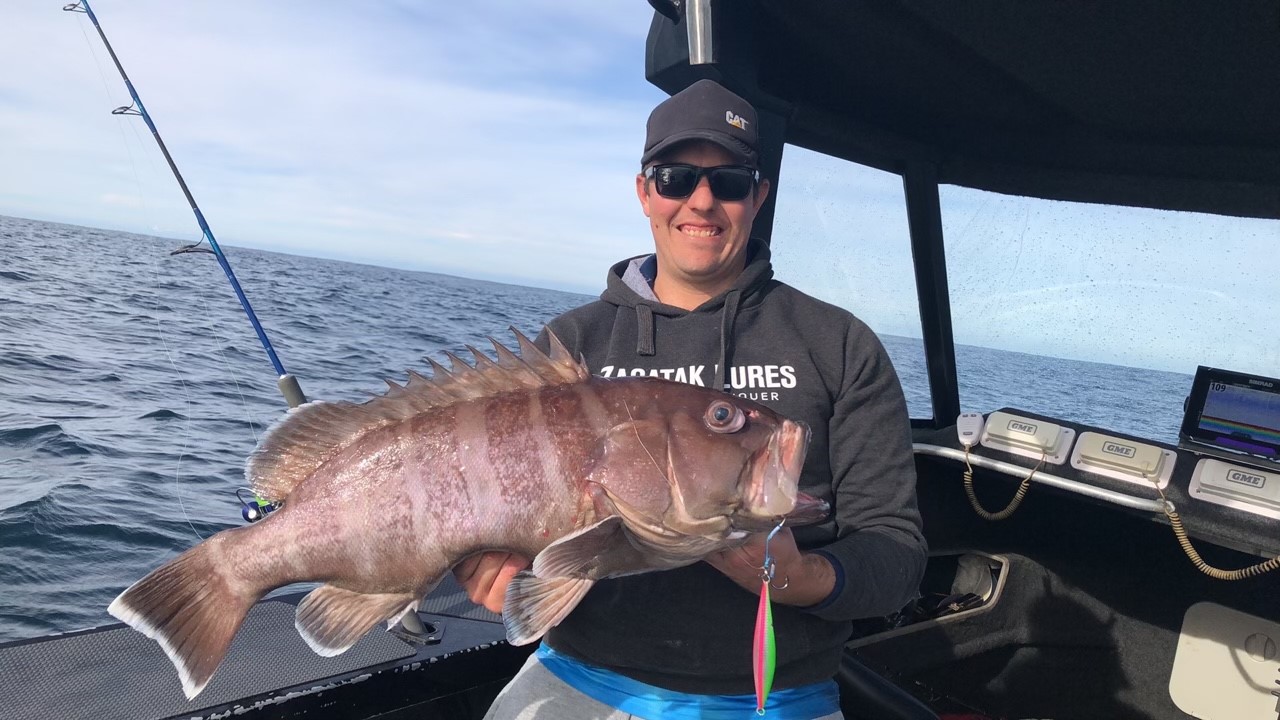 Offshore opportunities have been few and far between lately but when the planets eventually align waste no time thinking about it and get out in it. We recently spent a day fishing in some deeper water prospecting the bottom off the Port Stephen’s coast and the persistence paid off with a mixed bag of Trag, Pearl Perch and Bar Cod fishing a mix of jigs and live baits.

Sheltered areas have been where it’s at over the past month with plenty of wild wintery weather to put up with.

This month will be much the same as last on the fishing front with the Bream and Blackfish providing plenty of action throughout the enclosed waters with all the local breakwalls being the area, whether you’re targeting the weed eaters or floating a few baits for a Bream.

Jewies have also been active especially around the lead up to the full or new moons with some great opportunities to find a bite using lures, particularly soft vibes around the deeper areas the lake and the top half of the bay. Salmon are going off on Salts Bay out the front of Lake Mac, reacting to 100mm clear soft plastics.

Everyone needs a plan B and during the winter westerlies and the beaches are an awesome place to check out with the minimal swell, offshore winds, fire, tunes and a brew or two.

Like the sound of that with a side of fishing? It has been exceptional with Tailor and Salmon providing plenty of fun for those throwing metals around the white water. Bream and Jewfish hunting along the gutters as well fresh cut baits, beach worms or even if it’s spinning the gutters, a large paddle tail plastic or shallow hardbody will produce the goods.

This target area has slipped down the list for the time being due to the lack of weather windows of late, although those lucky enough to time a chance have been rewarded with a great Snapper bite on the inshore reefs. These fish have been reacting well to floating baits along the reef edges in a burley trail, and of course, soft plastics. Kings and Bar Cod have been caught around the deeper reefs and on the shelf along the coast.

On the Tuna front so far, we have missed the run off the Hunter coast and Port Stephens coast although east of Sydney and to the south has been producing a few Yellowfin and even the odd Bluefin off the far south coast. Currently an upwelling seems to be gathering steam off the bay. Fingers crossed it turns into the goods matched with a bit of nice weather to have a crack.

From the Ocean Rocks

Things have been a bit wild around these areas especially earlier in the month with only the very sheltered areas being accessible. But with the prevailing Westerlies on the way we will have plenty of opportunities to explore a bit of ground this month.

The winter targets will continue Bream, Blackfish, Drummer and Grouper from the wash. Spinning metals will again produce Tailor and Salmon which is best done during first and last light.