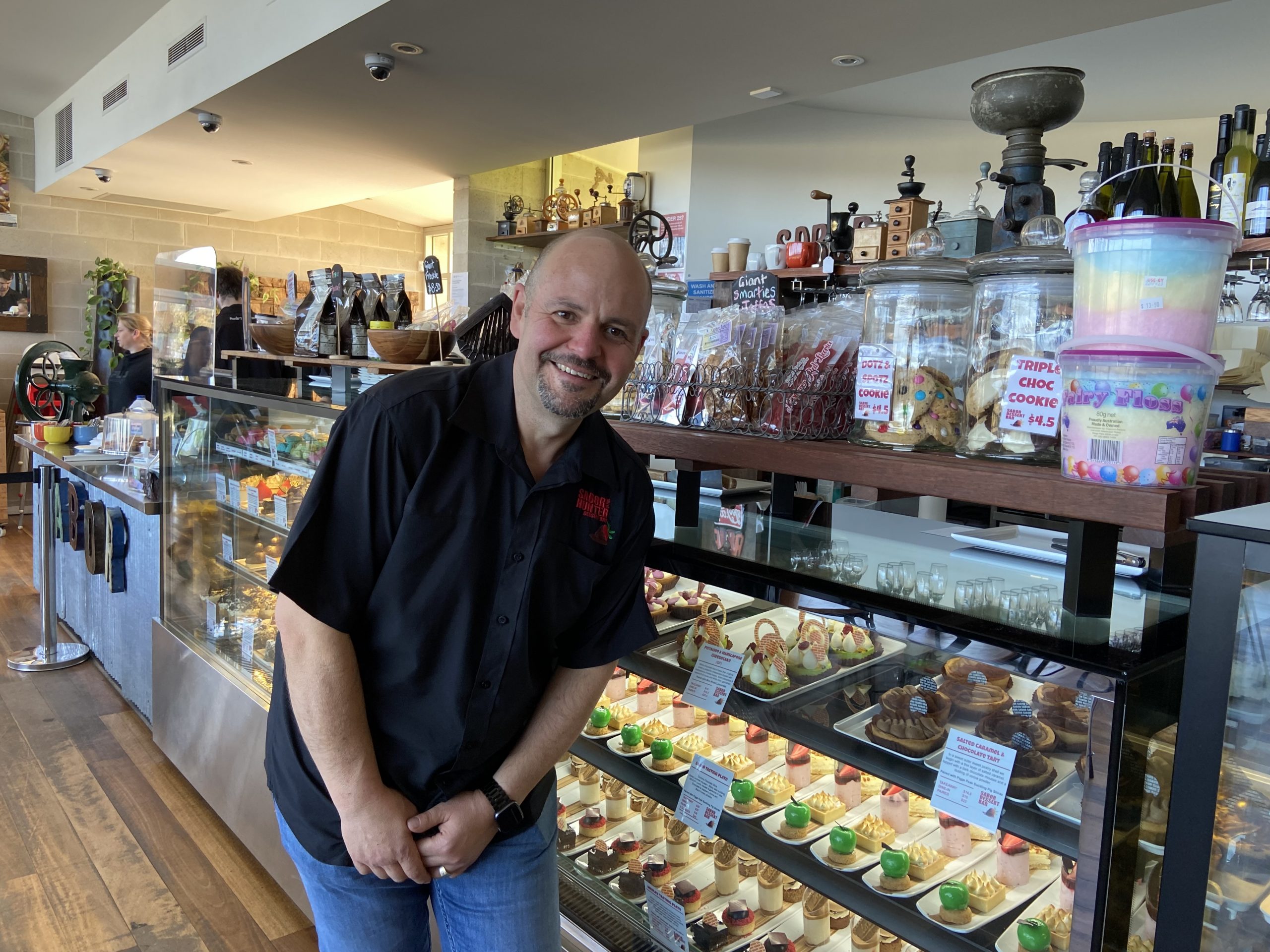 It’s very simple to do things the easy way, and it’s not often you hear someone say they’ll take the more challenging route, otherwise, it’s just too easy. But that’s what Fernando and Renata Antao said when they decided to open up the very first dessert bar in Pokolbin in 2011.

Fernando has a Portuguese background and Renata was born in Brazil, but the pair grew up in Sydney. They would visit Pokolbin four, sometimes five, times a year and were always baffled to find there was nowhere to go and eat just a dessert like you can in Sydney.

So, they decided to fix that.

“And we started off with maybe 20 different desserts and then it grew to 30 then 40 and we then got to be known as the dessert place and it just kept growing and now it’s about 70,” said Fernando.

“Basically we just saw a little hole in the market in the Hunter… It runs in the family – my mum’s a great cook and she’s great at making cakes, so a lot of it started with Portuguese-style desserts but we just found that the prettier desserts were selling so we started making them all nice and garnishing them.”

“We just wanted to be different. We didn’t want to make big cakes and sell by the slice, that’s too easy!”

You know as soon as you walk into the Sabor Dessert Bar that it is definitely not a “sell by the slice” kind of place.

There’s an around four-metre-long cabinet of desserts in every shape, colour, size and flavour that you could imagine.

Every time I go to Sabor it takes me a good 10 minutes (minimum!) to decide what I want.

From the Russian Red Velvet Dome to Grandma’s Chocolate Cake and the Crispy Green Apple Royale and the Pina Colada Crunch.

And that’s just in the cabinet.

Then you get the menu. Not one, not two, but four pages of waffles, sundaes, coffees with chocolate pods, filthy dirty chais, wine and boozy dessert jars.

When you can’t pick just one, the Sabor Tasting Plate is a great option. The one I chose had a mini green apple with hazelnut biscuit base, mini lemon curd meringue in a square pastry, mixed berry mousse with raspberry compote, cheesecake with caramel dollop and a triangular caramelised nut tart.

Looking at the menu I couldn’t go past trying the Flaming Chocolate and Caramel Brownie. You know you’re in for something amazing when the waitress says to you, “make sure you have your camera ready!” The brownie was dark chocolate with South-American caramel on a chocolate and butterscotch sauce served in a hot skillet. When the brownie came out, my waitress added a touch of whiskey to the brownie and set it alight – definitely camera material!

When it comes to choosing from the menu at Sabor, I don’t think you can go wrong. Fernando and his team are always creating new desserts by looking at the trends overseas, and the flavours and shapes that are being used to create new and fun desserts.

Sabor is a must in Pokolbin.

If you ask Fernando, he wasn’t sure they’d even last. But here they are 11 years later and still as popular as ever.

“We always thought that maybe it would die off eventually and we were always waiting for the slump in the business, but it just hasn’t happened!”