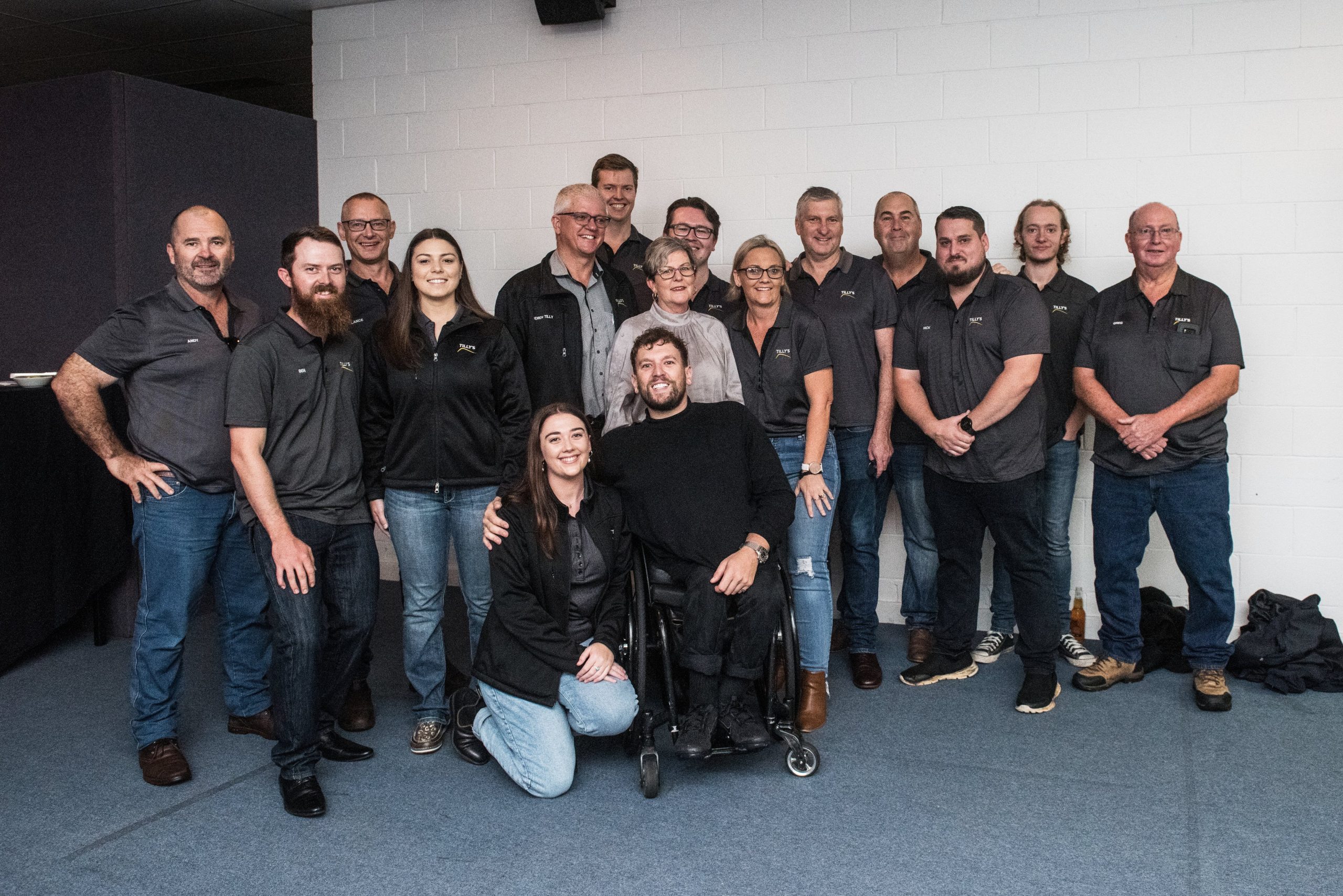 Tilly’s Crawler Parts have been an iconic Toowoomba business for nearly four decades. While selling earthmoving machinery and parts is what they are best known for, what many don’t realise is the importance the company places on supporting the community which has supported them for so many years.

Andrew and Helen Tilly are business owners with heart. Supporting regional towns and businesses has seen them travel thousands of kilometres over the years, visiting customers and building relationships which now cross generations. From sports clubs to race days, school fetes and charity functions, Tilly’s has proudly supported hundreds of organisations.

This company value of giving back has been evident through Tilly’s sponsorship over the last two years of the Toowoomba Hospital Foundation’s Legends at their Game events. In 2021 over 600 guests welcomed Thai cave divers Dr Richard Harris and Dr Craig Challen to Toowoomba, raising over $40,000 for the Mental Health Department at Toowoomba’s Base Hospital.

In 2022 Team Tilly’s were thrilled to again be the naming rights sponsor for the event, this time featuring Australian of the Year Dylan Alcott OAM.

While most are familiar with Dylan’s brilliant wheelchair basketball and tennis careers, Dylan’s purpose through the establishment of the Dylan Alcott Foundation is to help young Australians with disabilities gain confidence, fulfill their potential and achieve their dreams.

Inside the venue tables were decorated with Tilly’s branded ‘tennis’ balls on theme with the guest speaker, and replica model Caterpillar dozers, kindly donated by the local Toowoomba division of Hastings Deering.

These dozers were then auctioned with copies of Dylan’s book, and along with other donations and ticket sales contributed to the grand total of over $78,000 raised from the event. This year’s funds go directly to benefit the work of the Emergency Department at the Toowoomba Hospital, which sees thousands of patients every year.

Tilly’s is incredibly proud to support their local community through events like this, and the team looks forward to continuing to do so well into the future.