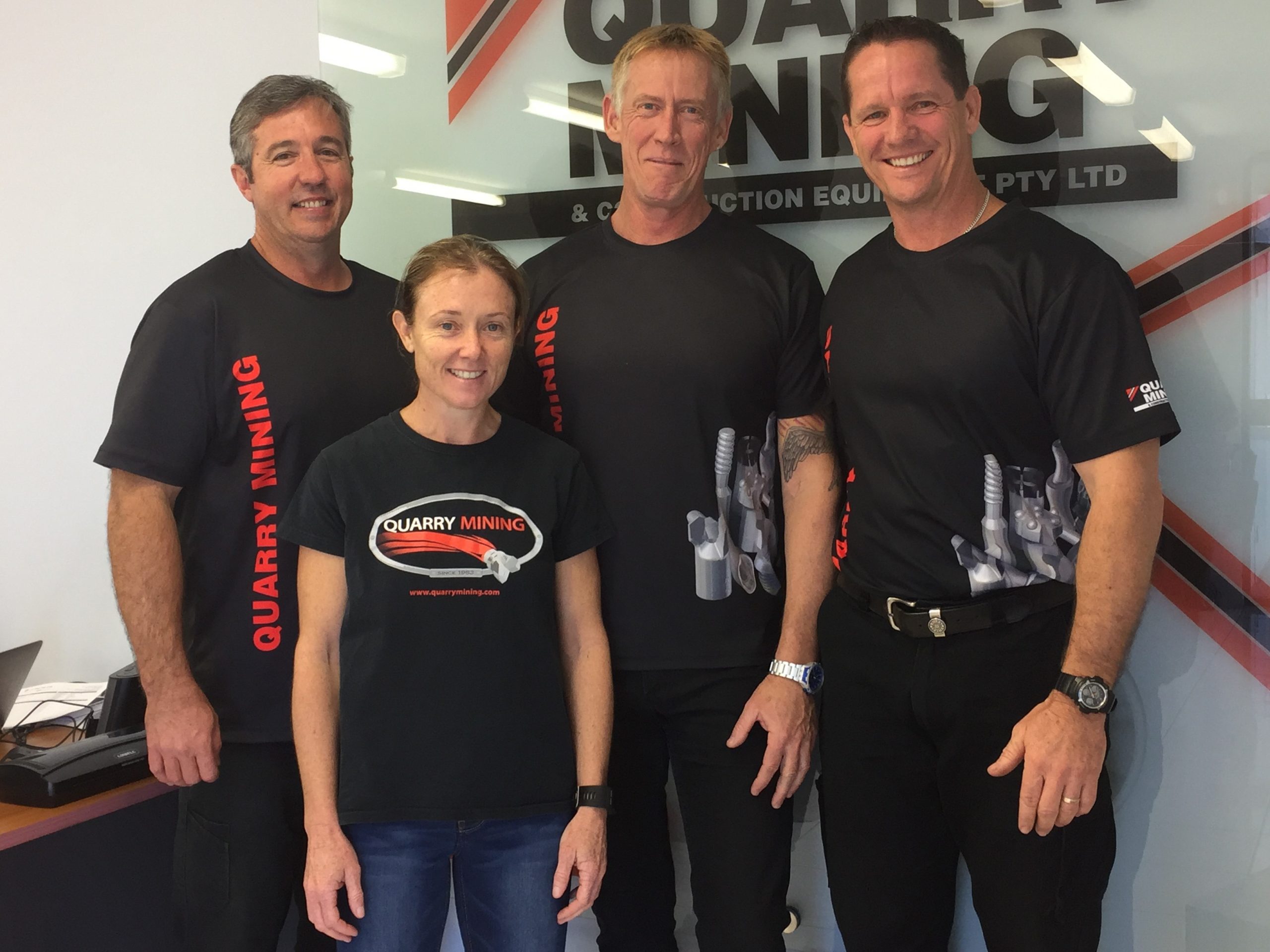 Mackay based Quarry Mining understands that living in a remote Queensland mining town is not the life for everyone. For many though, it’s the community spirit that makes it the only life they want.

Charity groups, sporting clubs and events that bring remote communities together are the glue of life. For those living in Central Queensland, keeping these organisations going and the community alive and well can be a hard task. Fortunately, there are companies like Quarry Mining that not only understand it, but they also passionately want to see that life continue and thrive.

There are a lot of companies in the mining game for the dollars and the dollars only. That’s business and that’s ok. Then there are others who passionately live, work and think way beyond that and put their hearts and money where their mouth is.

Across the mining communities of Queensland, Quarry Mining passionately look for ways to get involved. Whether it’s to see the smile on kid’s faces as the play with their mates, or their parents competing together in local sport, or even their own team members having a crack, they do it all with from a place of pride and commitment.

On that subject, Managing Director of Quarry Mining Kari Armitage told us in her usual humble way, “I like to think that businesses should give back to the communities within which they operate. In particular to those that are remote like many in the Bowen Basin are, and that are trying to do great things with very little funds or other resources. These remote communities would have nothing but work if there were no other initiatives and support.

Just some of the initiatives Quarry get behind include the CQ Rescue Helicopter with significant yearly donations and tickets to every fundraiser across the Bowen Basin. Then there’s the really big important stuff like Tieri’s Peak Downs Pirates uniforms and water bottles. The internationally famous Tieri Gold Pro-Am is another. They also saddle up for the Middlemount Rodeo which is a huge day on the local calendar. Up the road a bit, well quite a bit, is the Clermont Clay Target Club competition.

Over Moura way the Moura Coal Country Festival is a must attend for Quarry with both sponsorship and participation in roof bolting and coal shoveling competitions. Even QLD Manager Kevin Royal and his son Jayden have participated in the roof bolting a few times.

Back over the hill in the bigger smoke, they put pedal to the medal with Mackay Cycle Club and sponsor the BBUGS organisation. Quarry Mining’s very own David Southwood is a proud member of the BBUGS Committee. An underground society of mining legend. Check out these legends yourself at https://bbugs.org.au/.

We’ve worked with the Quarry crew for years. They are the real deal. They are past winners at the QLD Mining Suppliers Awards. They live for community as much as mining. If you want the best in home grown drill bits and that kind of stuff, then you won’t find a company with a better reputation for producing the quality gear. If you’re out there making a difference in the place you call home, they’re more than worth inviting over for a cuppa or icy cold beer to watch the under 9’s somewhere, or cheering a mate as he lands on his bum after being thrown from a wild Western Queensland horse or bull.

We’re all mining people, we love it and we damn well live it!