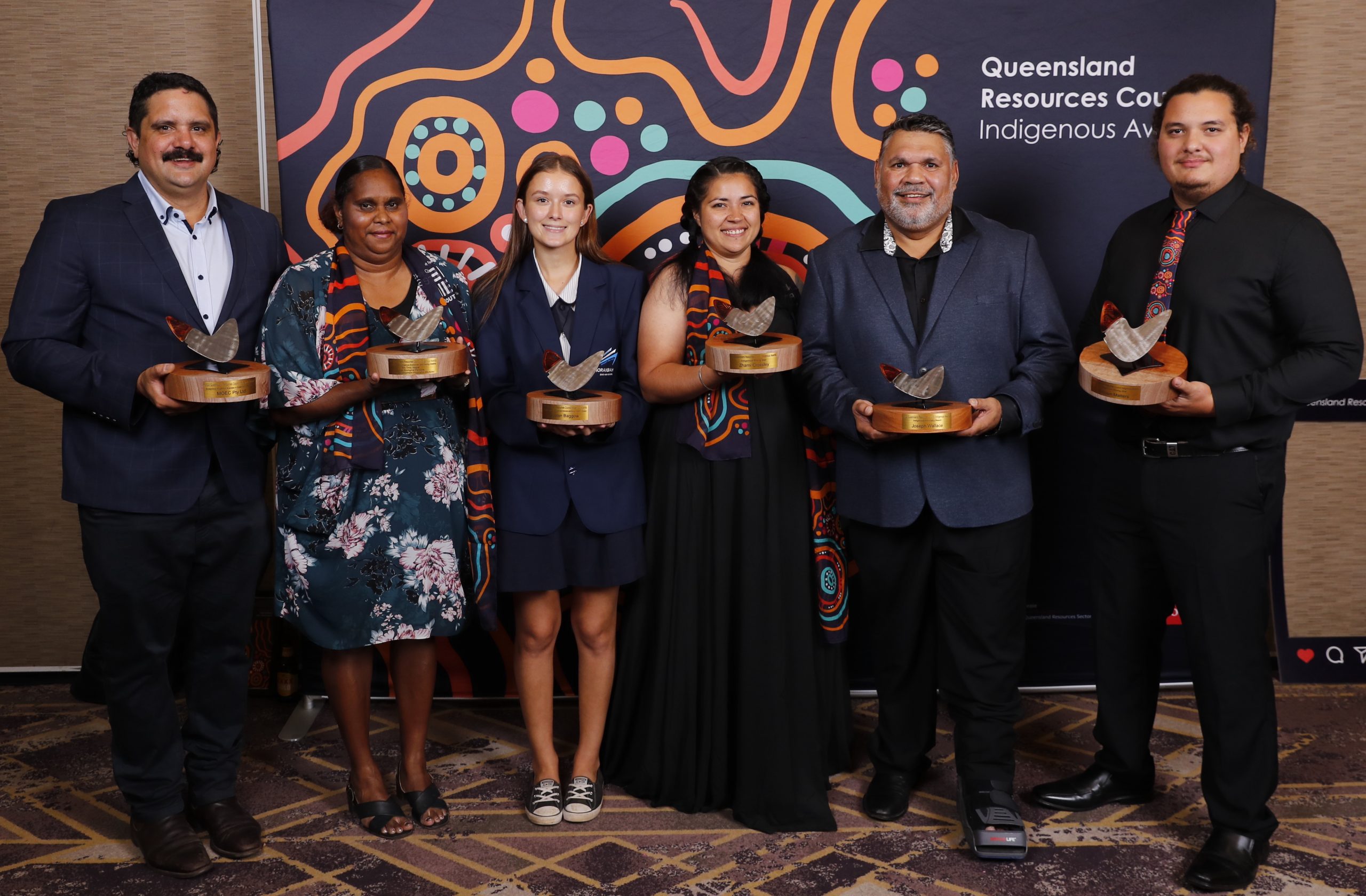 On June 23, the Queensland Resources Council’s (QRC) 2022 Indigenous Awards were held, recognising some of the amazing indigenous talent in our industry.

QRC Chief Executive Ian Macfarlane said the winners are examples of the world-class workforce behind the state’s resources sector, which contributed $84.3 billion to the state economy in 2020-21.

“The door is wide open for more Indigenous people to follow trade and professional career paths into Queensland’s minerals and energy sector, with new data revealing jobs for First Nations people increased by almost 16 percent in 2020-21,” Mr Macfarlane said. “We expect this upwards trend to continue as these relationships develop and diversify.”

Mr Macfarlane said another stand-out result contained in the upcoming report is that 33 percent of the Indigenous workforce are now women, which exceeds the current overall female employment rate of 20 percent.

“We hope figures like this encourage more Indigenous women, and more women in general, to work in our sector or to pursue a trade or tertiary pathway to get there,” he said.

“Our industry’s workforce will continue to be our best asset, as resources companies move to lower emissions, use more renewable energy and reduce their environmental impact.”

“The Next Step Destination Data shows that of the Indigenous students who went into an apprenticeship or traineeship from QMEA schools, more than a third went into the mining industry.

“This is a great outcome for these young Indigenous people, and we look forward to seeing where their careers take them,” he said.

“Our industry provides exciting, skilled, and well-paid careers – not just jobs – for Indigenous Queenslanders, which is demonstrated by the outstanding winners of the 2022 Indigenous Awards whom we are honouring.”

Moranbah-based Mining Supervisor, Nicole Shibaski is a proud Wulli Wulli woman and the first Indigenous female supervisor at the Caval Ridge metallurgical coal mine for Thiess. Nicole is breaking new ground for those around her wanting to take a similar path.

Townsville Diesel Fitter William Matters comes from a strong Torres Strait Islander background, with cultural connections to Darnley and Moa Island in the Torres Straits. Working with heavy machinery has been a dream for William since developing an interest in engines and trucks from a young age. He aims to be a role model for young Indigenous people entering the industry and to help break down barriers and pre-conceived perceptions.

Zharni Crossley is from the Wik clan group Winchanam from Aurukun. After undertaking a Local Aboriginal Persons Traineeship in 2020, Zharni obtained her current position of Emergency Services Officer with Rio Tinto. Zharni has always strived to be a positive role model for her community and aims to motivate others to uncover their potential.

Dunstan Baggow is a Year 12 student and the Community Engagement Captain at Moranbah State High School. As a proud Yuwibara woman, Dustan was an Indigenous Ambassador at her school in 2021, a member of the BHP Youth Advisory Council in Moranbah and a local voice on the community radio station, 4RFM. Dustan is seeking a trade pathway as an electrician, with plans to progress her career by studying an electrical engineering degree.

Rio Tinto too home the Indigenous Employment and Training Initiative award for their Local Aboriginal People (LAP) Apprentice Ready and LAP Paid School Leavers programs. Rio Tinto supports LAP to achieve their personal aspirations and encourage the development of skills and qualifications that broaden employment opportunities within and beyond mining. These initiatives were developed to increase pathways into employment and career readiness.

MOEC, a piping and civil construction contractor, has won the 2022 award for delivering services to the resources sector both in Queensland and nationally. MOEC operates out of the Surat Basin and works collaboratively with stakeholders across the sector. The MOEC team is a beacon for other Indigenous businesses aspiring to work in the industry.