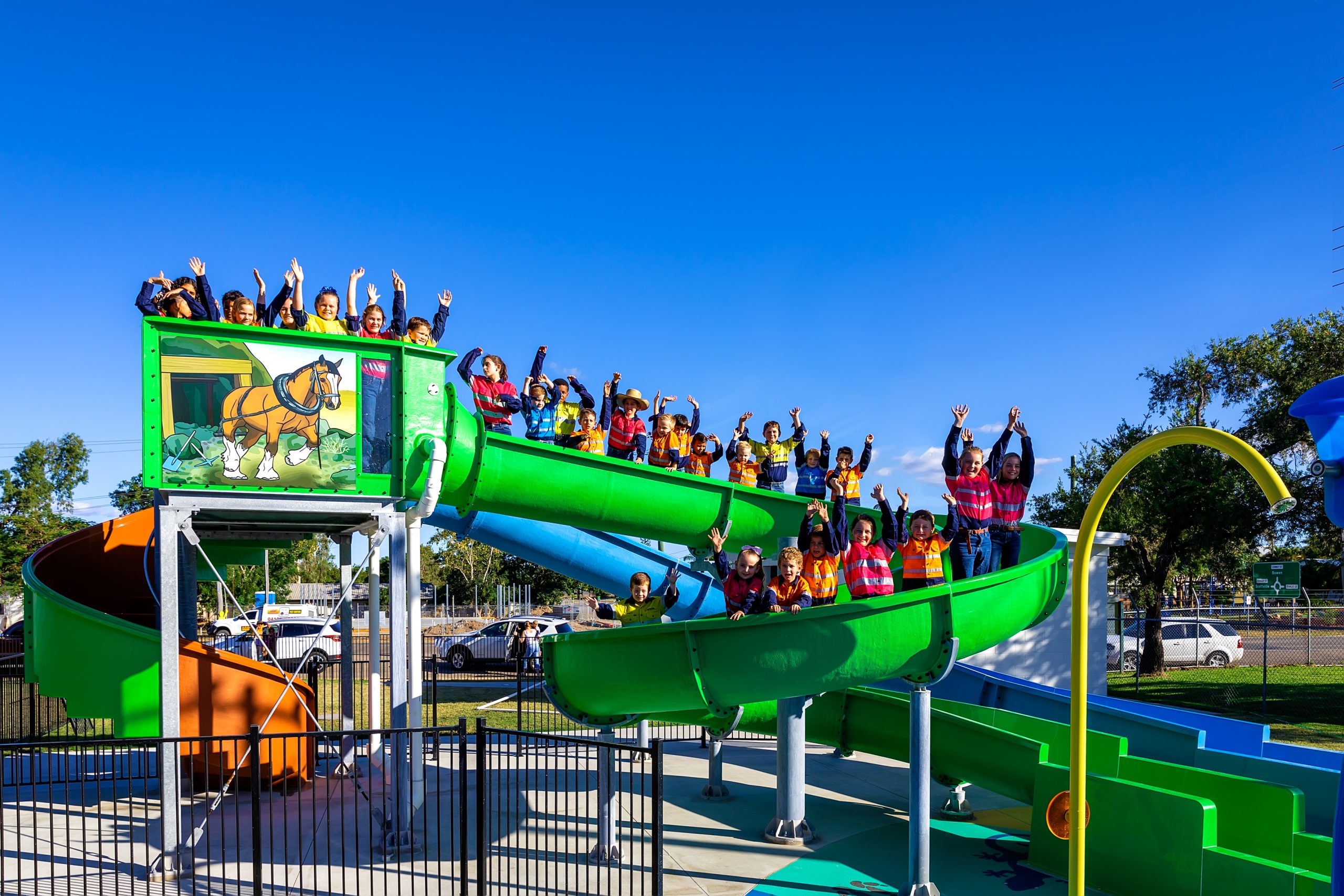 Queensland is well known for the Gold Coast, thousands of kilometres of pristine sandy beaches and tropical islands, but it’s a little further west where the true legend was made.

The Queensland sprit was brewed in country towns like Collinsville. Just a short drive from the Whitsundays, the town is made up of hardworking and heartwarming people who for generations have not only built a life for themselves, but an identity for all Queenslanders and Australians. Baz Luhrmann felt this as strongly as we did and captured it within the movie Australia that he filmed just ‘up the road’ from Collinsville in Bowen.

Throughout the town you will find friendly farmers and cattlemen as tough as the land they work, and yes, caring coalminers. Coalminers and their families who have literally hacked a life out of rocks, black rocks for over 100 years.

There’s no town more in the mould of what North East and Central Queensland stands for than the oldest continuous coalmining town – Collinsville 4804.

Spend a few days here and you’ll discover it’s the astonishing people that make this place as much as the buildings, roads and surrounding landscape.

Collinsville’s rich coalmining heritage is announced as you enter town with the life-size bronze statue that gives the place the title of ‘Pit Pony Capital of Australia’. We were also told that Collinsville is the proud birthplace of the CFMEU in Queensland. The Union’s heritage is proudly on display around town and at ‘The Coalface Experience’ at the Workers Club.

But enough about the past, for Collinsville it’s all about the future.

And it’s a future that is looking bright thanks to a few kids. Some big kids who work in the town and at Glencore’s Collinsville Mine, locals, and the kids on our very first front cover who quite literally are the future of the town.

One of the first people we met was Jay Dewar, CHPP Manager from Glencore’s Collinsville mine. Jay took great pride in telling us about Queensland’s oldest coal mine, and how these days they are producing metallurgical coal thanks to some bloody smart coalminers who understand how important it is to do your best every day.

Loving your community and embracing all opportunities are a way of life at Collinsville. Long term family names like Wyper, Jones, Swift, and Sverdloff are discussed with pride and admiration for their persistent and life-long contribution to the community. Glencore encourages their new team members to live locally and is enormously proud of those that do. These new faces want to see a future for this town just as much as life-long locals.

While we were there we watched as Summer Randell, a Glencore employee madly worked on ‘another’ grant application to help make this town’s future better alongside Collinsville local Ashlea Brunker of Precise Plumbing and Engineering. Jessica Szalinski, another Glencore employee, is working with local Rochelle Sverdloff to establish a day care centre and allow parents to return to work. To us these looked like partnerships in the purest of forms. They are helping build a future in unique ways. Happy towns have happy futures.

That water park you see the kids standing on, you guessed it, is a result of determined locals, miners and Councillors who believe their kids deserve the things that the kids in more famous parts of Queensland take for granted. As the town revealed itself on our visit, so did the commitment to rebrand and refresh its experience, amenities and history. The Golf Club is another great example of an important community asset that Glencore employees Dylan Lipscombe, Terrance Martin and Gregory Fuller are assisting to revive and complement life here. Jay Dewar is assisting the Collinsville Men’s Shed to expand their building so that they can reach out and give back to the community that has given them so much.

We saw first-hand the history of Collinsville mine courtesy of a private tour of the old No1 mine whose outbuildings and machines of mining past are truly fascinating. Glencore has invested in the basic preservation and there is plenty of the old operation there still, ready for a potential significant, historic, and real mining museum and outdoor tour to attract tourists.

Back in town is also the Workers Club where the beer is perfect and the food damn tasty. Upstairs is one of the best mining museums, ‘The Coalface Experience’ which tells the story of one of the towns darkest days and biggest disasters. In true Collinsville style though, you leave with a sense of pride and belief in the future built on these men’s legacy and the legacy of others over generations.

On the main street you will find The Pit Pony Tavern, nominated this year as one of the top 10 Best Regional Bistros in QLD. It is a great pub and one of the best steaks we have had. Nigel & Janet Lobegeier and Clive & Diane Watts purchased the hotel in 2014 and transformed the venue into one of Collinsville’s most popular places to visit. The venue is packed with local history and memorabilia, you can find something interesting to look at or read on every wall and the spirit of the town is felt by everyone who walks through the doors.

On the accommodation and restaurant front there is also another big surprise awaiting visitors and locals alike by the name of The Opal Ridge Motel and restaurant. The Opal Ridge was originally constructed in the swinging 1960’s. At its peak the Opal Ridge was considered Collinsville’s entertainment jewel, hosting many dance nights, functions, weddings, and events. It is now a jewel again. In March 2017 the Opal Ridge was all but destroyed during severe cyclone ‘Debbie’. The new owners, Trevor and Eileen undertook a major refurbishment which was completed in 2019. Today the Opal Ridge is bloody amazing with some of the best accommodation in central Queensland and certainly one of the best restaurants and bars we came across in the entire state. The food and service are five-star top notch.

Glencore are also financially investing in their site with a fleet of new mobile equipment, infrastructure upgrades and leading-edge technology. This underdog site is the one to watch for best practice, best culture and being the best place to work.

But our last word goes to the kids. The people of this town are reenergising the town for their future. For a bright future that can stand in its own right. Sure, coalmining is walking side by side now to help build that future, but it belongs to the people on the front cover, ‘The Collinsville Kids’.