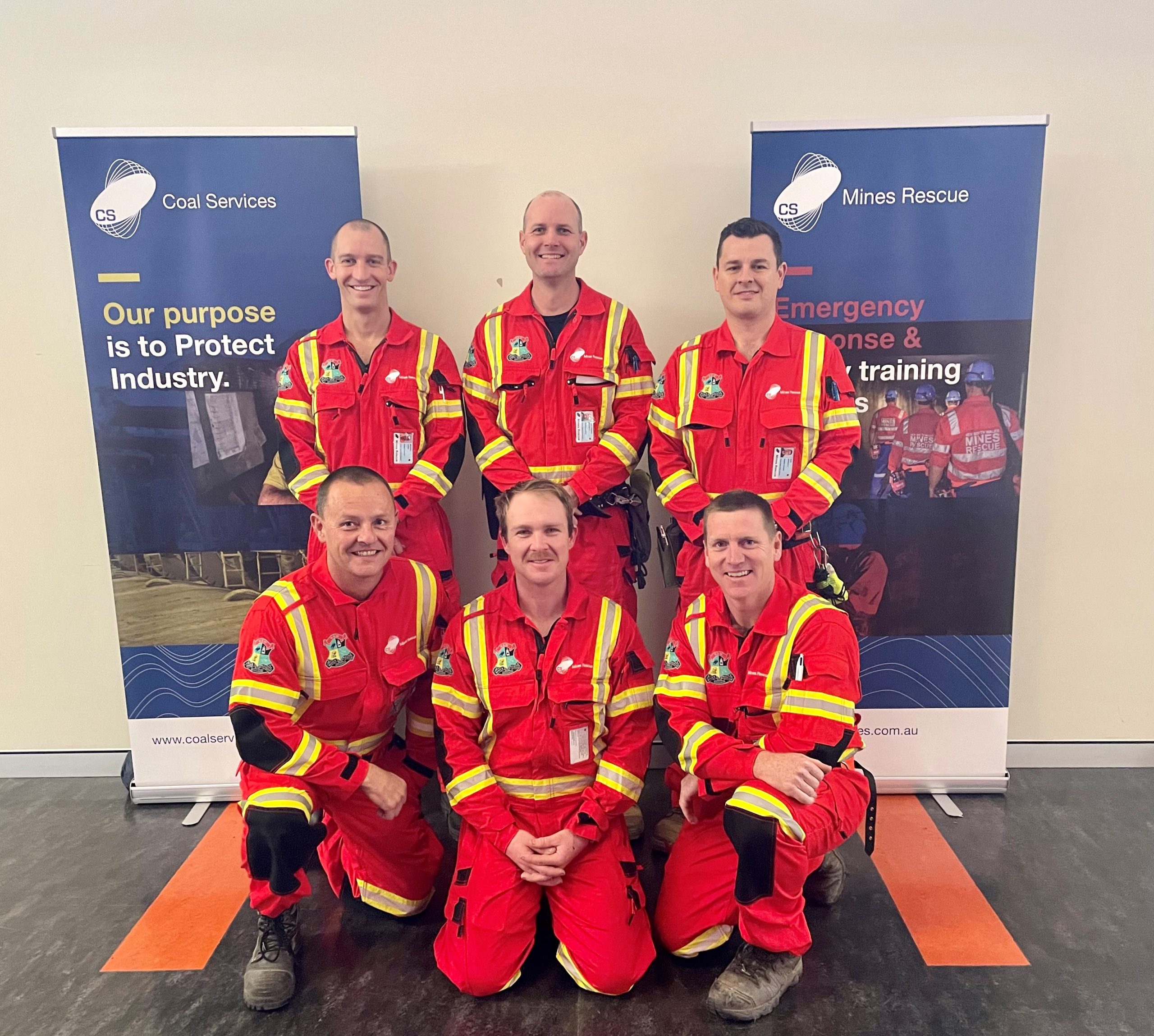 Whether it’s search and rescue underground following a roof fall in a mine, fire-fighting or attending to first aid casualties, Mines Rescue brigades are trained to prepare for anything.

Their emergency response skills were put to the test in June at the annual mines rescue competitions where teams faced a series of simulated events in both underground and surface environments.

Bob is a brigade veteran with 30 years’ service. On winning the Newcastle event he said, “It is an honour to be part of Mines Rescue. When this team attends the Australian titles later this year, I personally will have competed at ten national competitions during my time with Mines Rescue. This is only due to the performance of my team members on past comp days and of course this year’s event. So it really is a privilege to be here, a privilege to be part of this team.”

The Wambo team’s exceptional performance throughout the day included winning the first aid scenario and captain David Malone not only scoring the highest marks for the theory component but also taking home the coveted Wayne Wallace shield for Best Captain.

On receiving the winning shield, David said, “I would like to start by thanking our team. Competitions are a real test of our skills and training. This win is the result of teamwork and commitment. I would also like to thank Peabody and Wambo for their support and Hunter Valley Mines Rescue for the high level of training they have provided over the years.”

These competitions are the first in a series of regional competitions hosted by NSW Mines Rescue. Competitions will also take place in Wollongong and Lithgow with the winning teams from each region invited to compete in the Australian competition to be held in later in the year.

The primary purpose of Mines Rescue is to provide emergency response to the NSW coal mining industry in the case of an emergency. Thankfully, major incidents requiring brigade response are limited. Events like these allow brigade members to practice and hone their skills in preparation for the unfortunate circumstance where they may be called upon.

Lachlan Grant, Northern Regional Manager for NSW Mines Rescue, said that these competitions are important to ensure brigades maintain their skills and that support from industry is critical.

“I’d like to thank both Chain Valley Colliery and Integra Underground for allowing us to hold events at their mines and for all the sites for allowing their teams to compete. One of the most important aspects of mines rescue training is to simulate as closely as possible what a real event could be, so having the competitions at an underground mine puts the teams into a real environment with real hazards. It adds to that element of being prepared for the unexpected.”