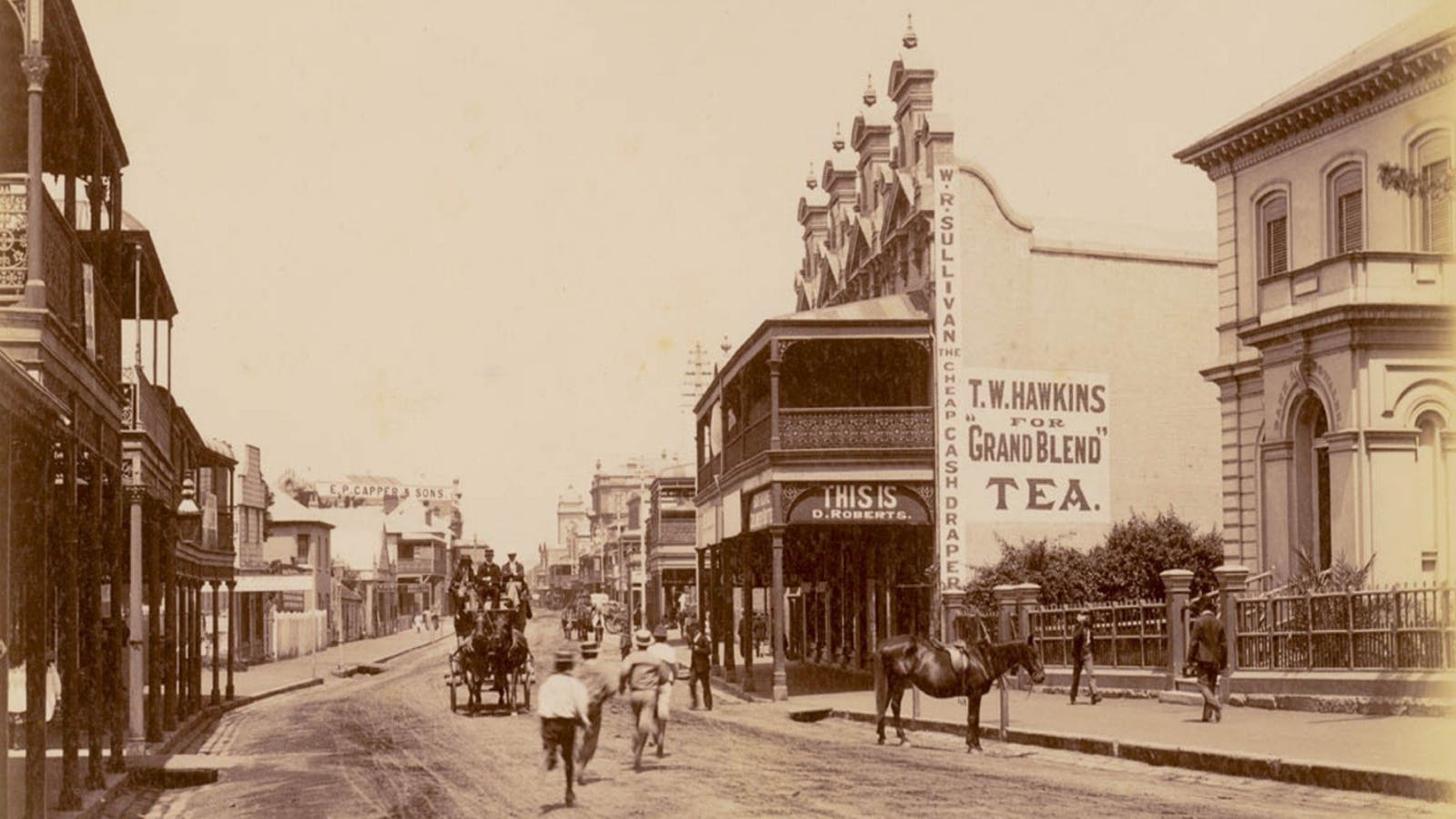 This month we were eager to discover the history of the beautiful old town of Maitland, taking part in one of the heritage walks designed by the Maitland Visitor Information Centre.

Once the second biggest town in NSW, Maitland has a wealth of stories from the ages, stories now being shared through a number of heritage walks created by the Maitland Visitor Information Centre.

This month, we started our history journey with the Poverty and Prosperity Walk, an insight into the town’s rise and fall throughout the centuries, the people who made their way to Maitland looking to build on their fortune, and the stories that continue to shape the town today.

Our starting point was 226 High Street, the former David Cohen & Co. building, with the David Cohen & Co. name one that was well known in its time. Brothers David and Samuel Cohen, and their cousin Levy Lewis Wolfe, established their family store – a wholesaler of clothing, fish, oils and more – in the mid 1800’s and quickly saw success expanding as far as London. Unfortunately, in 1865 a major fire destroyed the building, but the family were determined and rebuilt. As luck would have it, fire again destroyed the later building in 1970. Today, the façade stands as a tribute to the family’s role in Maitland’s history.

With 11 sites in total, we won’t give too much away as these walks are worth experiencing yourself. We made our way to through Sites Two to Four – the 1955 flood marker, Maitland Town Hall and Coffin Lane – before stopping at the Bank of Australasia. The building opened in 1870, a time of rapid growth for Maitland, and was designed in the ‘Italian Renaissance’ style to further impress its customers. The depression of the 1890’s and 1930’s caused many banks to close, but the Bank of Australasia lived on and is today occupied by the ANZ Bank.

The buildings and sites are not only beautiful to look at, but the stories behind them are fascinating, inspiring and sometimes surprising. From Site Six to Ten we visited The Alma Hotel, Maitland Benevolent Society, the Mighty Hunter River, the original grant to Mary ‘Molly Morgan’, and the former Temple of Concord.

We then ended our walk at the final site, the former Maitland Mercury Offices. The Maitland Mercury Newspaper, which is still published today, was established in 1843 and was a symbol of Maitland’s 19th century importance. Starting of as a humble local paper, the need for news quickly grew the business with the paper circulating as far as Queensland. When Maitland was booming, job adverts filled the newspaper’s columns and during times of hardship bankruptcies covered its pages. It was recognised for giving a voice to the people who traditionally didn’t have one, such as women, the poor and Aboriginal people. The Maitland Mercury is still operating today and as the third oldest regional newspaper in all of Australia, has witnessed and covered every event that makes up Maitland’s history and continues to do so.

We were extremely impressed with the effort and time taken to put these heritage walks together. As someone who grew up in Maitland, I was taken aback by just how little I knew about the building’s I walked past every day to get to school.

The Poverty and Prosperity Walk is also available as an audio tour on the Maitland Walks App, which is an enlightening addition to the 4.2km walk enabling you to immerse yourself in history.