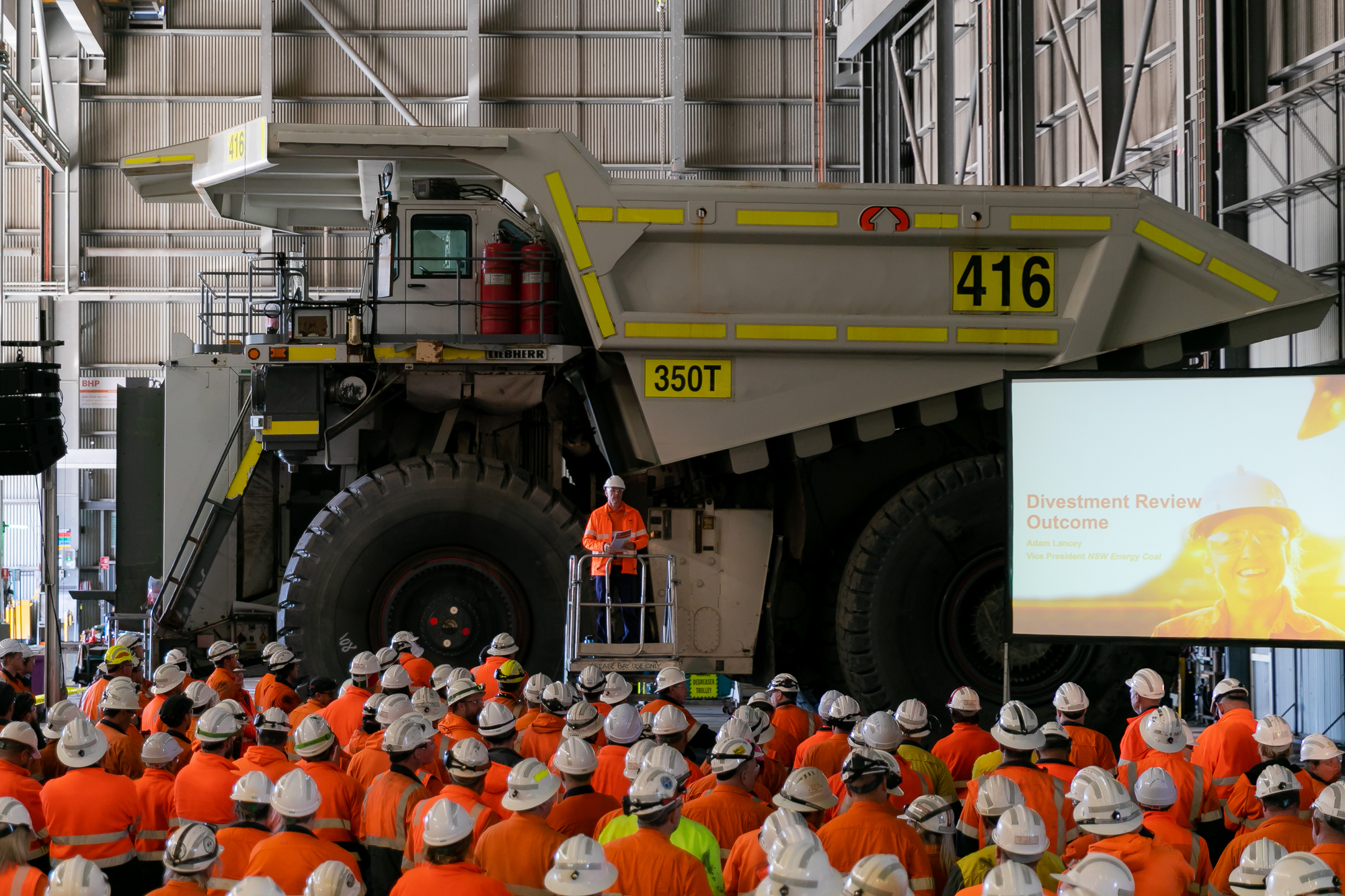 BHP has announced they will seek relevant approvals to enable mining at Mt Arthur Coal to continue for four more years beyond the current 2026 approval, before closing the mine and commencing rehabilitation in 2030.

The largest mine in NSW has been having financial struggles for some time and two years ago BHP committed to divesting from some of its thermal coal assets including the Upper Hunter mine. A two-year process to find a buyer came to an end with no one suitable coming forward.

BHP will now seek permission to mine at the site within the existing boundaries until 2030 and then move on to rehabilitating the site which could take between 10-15 years.

The landform that has been left over the years from Mount Arthur’s mining has left a well-known and rather large mound on the Muswellbrook landscape.

Locals have always wondered what will be left behind in their backyard once the mine does close. Already the site is surrounded by wineries, horse studs, camels and an olive tree estate.

NSWEC Vice President Adam Lancey said they are yet to determine what the final landform will look like because they want to consult with the community. He did say that the scale of the site does open them up to a number of possibilities.

“Over the coming years, we will work closely with the community, and in particular Muswellbrook Shire Council, to determine the most appropriate land use after mining operations have ceased,” he said.

“There is a strong view that this pathway process represents an opportunity to further diversify the Hunter Valley’s economy.

“We are committed to world-class rehabilitation and monitoring, and a final land form that suits the needs of the region now and into the future.”

Around 2,000 people are employed at Mount Arthur and hundreds of local businesses benefit from the mine site in the Upper Hunter.

Adam Lancey said a number of workers are over 50 so they expect some to taper off which would’ve happened even if the mine was going to remain open.

The mine has been operating in a similar capacity to what it is now for more than 20 years. Plenty of staff have been with the company a long time and do plan to stick around until closing time.

One mine worker who has been employed at Mount Arthur for more than 12 years said the mine bosses have been open and transparent with employees throughout the last two years.

“I feel they have been open and transparent. I plan to stay eight years and collect a redundancy package. Contractors will probably have a different view and start looking elsewhere. Eight years is a long time so no real need to panic and look elsewhere.

“I feel Muswellbrook and Singleton will feel the greatest impact, the 2000 employees will most likely find other jobs in mining, it’s more the businesses that do business through Mt Arthur that will be the ones to feel it the most.”

This mine worker like many others hopes mining continues in the region because it really is what keeps the Upper Hunter, and much of the state, alive.

“It’s impossible to know what mining looks like in eight years with all the talk of the world trying to go towards greener power. All businesses will have to adapt to mines closing over the next 10-15 years which ultimately will force businesses to close. I hope common sense prevails and mines around here get their licences to mine extended.”

For now, Muswellbrook will continue to reap the benefits of the Mount Arthur mine, and when it does close, the opportunities for post mining land use also brings potential benefits.