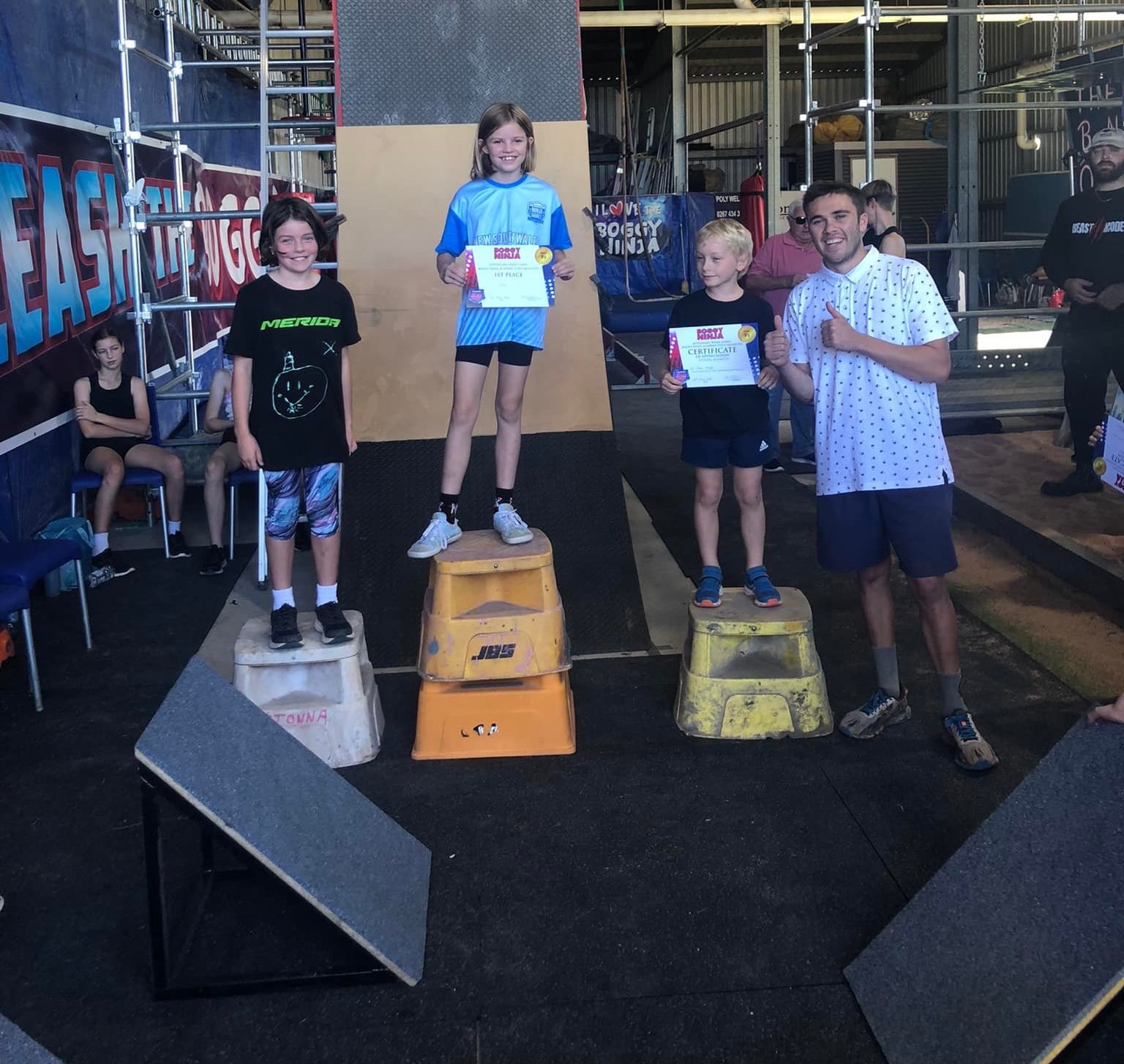 The Australia Ninja Games (ANG) held a qualifier competition at the Boggy Ninja Academy on May 14, with many of the regions local aspiring ninjas qualifying to compete at Nationals.

ANG is the Australian Ninja League which holds National qualifiers around the country that enable competitors to qualify and compete at Nationals. The top performers at Nationals qualify to compete at Worlds which is run under the Ultimate Ninja Athlete Association (UNAA), the Global League of World OCR.

The Boggy Ninja Academy, run by Boggabri local and Australian Ninja Warrior competitor Cruze Morley, proudly hosted one of the National qualifiers on May 14 with kids and adults coming from around the region to compete.

Cruze said it meant the world to him to host such a big event in their small town. “It was a dream come true to be able to host the qualifiers at The Boggy Ninja Academy and be recognised for the hard work I’ve put into training the aspiring ninjas of our region.”

Ninjas young and old came together to compete in front of the large crowd of friends, family and supporters and after a week of rain were happy to see blue skies and sunshine on competition day.

The top 3 or top 50% of male and female ninjas in each category – 7 and under, 11 and under, 13 and under, and Adults – qualified to compete at Nationals.

Cruze was also successful, coming in second place in the adult’s competition with 16 points. “The comp was fantastic; I thought I would take home top place with the competition being held in my gym and with me knowing the obstacles,” said Cruze.

“The nerves got to me, but it was still amazing to qualify and come in second with an amazing crowd of friends, family and new faces behind me.”

Volunteers from the PCYC Gunnedah were also in attendance providing an onsite BBQ for the huge crowd on the day, with all funds raised used to further support local youth through their club programs and services.

“The PCYC team are bloody legends and I really appreciate them coming out to feed all of the hungry ninjas,” said Cruze.

“I also have to thank my sponsors Whitehaven Coal, Petonna Services and Country Miles Signage; the day wouldn’t have gone ahead without their support.”