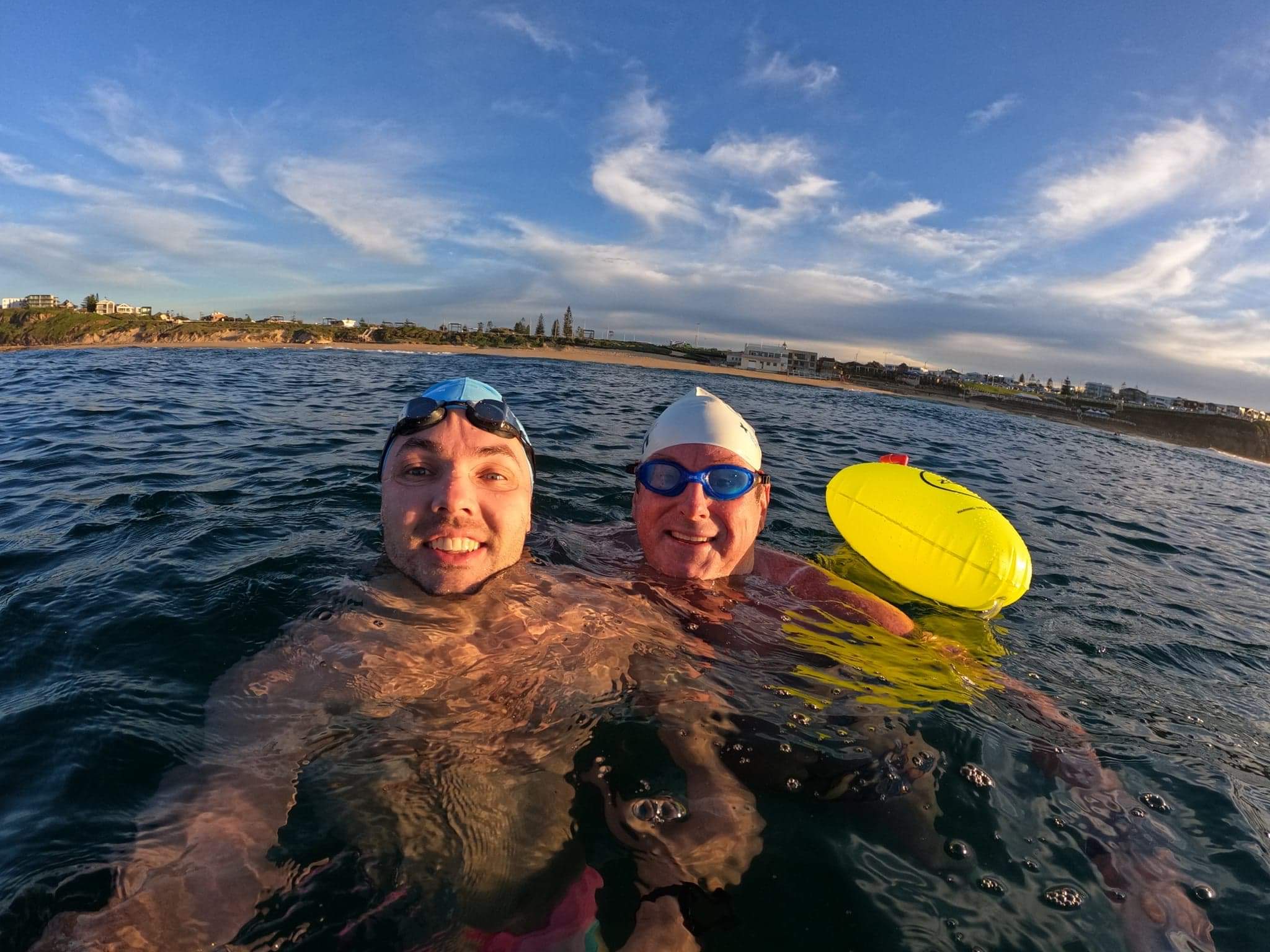 You might remember Craig from his ‘Coals to Newcastle’ 36km swim in August of 2020. The Hunter Valley media, mining industry and community rallied around to watch Craig emerge from the water at Nobbys Beach following the huge ocean swim.

In 2015, Craig travelled to Dover in the UK to check out the English Channel in person. “I wanted to see if the aura I always thought about was physically there and as soon as I arrived, I knew I was going to do it,” said Craig.

The years that followed saw Craig begin preparations for an attempt at a solo swim across the English Channel in 2020 with 5 years of committed training. But as with many events, Covid put the swim on hold and the ‘Coals to Newcastle’ swim temporarily took its place with Craig swimming the never before attempted Catherine Hill Bay to Newcastle Harbour, 36km distance in just under 12 hours.

“The whole idea of the 36km ‘Coals to Newcastle’ was to mimic the 34km English Channel swim as much as possible in terms of the weather, water temperature and distance,” said Craig.

“Funnily enough, particularly in the second half from Redhead through to Nobbys, the conditions were tougher than I’m likely to get in the channel.”

Craig rescheduled to tackle the channel on July 3,2022, and with his flight to London quickly approaching he’s looking fitter than ever for the challenge.

“It’s a pretty unique thing to prepare for and you need to commit a fair chunk of your life to do it, but after the past 12-18 months of intense preparation the excitement has certainly started to kick in,” said Craig.

“The swim itself, from England to France, hugely depends on the conditions as to how quickly I’ll get it done and with good conditions I could potentially finish the swim in 11 hours.

“But the single most important thing isn’t so much the time as much as swimming onto France.”

Although swimming the channel solo, Craig will also have his good mate from Wollongong in tow as his in-boat support person. He’ll also have an English local and channel swimming expert supporting him as his onboard experience navigator, who will liaise with the pilot operator based on how Craig is swimming in the water, the planned swim strategy and the weather conditions affecting the tides.

Craig’s former employer NEPEAN Longwall, who also sponsored the ‘Coals to Newcastle’, have again generously come onboard as a sponsor for his English Channel swim. “It means a lot to have their continued support,” said Craig.

After raising $32,000 for Beyond Blue in the ‘Coals to Newcastle’, Craig is continuing his association with the important organisation and in particular their support for men’s mental health. “7 out of 9 suicides in Australia are men and after being personally impacted by mental health struggles myself, it’s one of those things I’m extremely passionate about,” said Craig.

“I have also had close relatives, colleagues and friends who have been through long periods of mental illness – it’s a cause extremely close to my heart.”

As well as raising money for an important cause, Craig said he looks forward to the feeling of finishing his swim on the shores of France but won’t have too long to celebrate before getting back into the water. “In France, I’ll have 5 minutes to celebrate my arrival before immigration rules force me to jump straight back on the boat back to Dover,” Craig chuckled.

How will he spend those 5 minutes? Craig said, “Drinking as many French bubbles as 5 minutes allows.”

“With 6 weeks of holidays and travels planned afterwards, stopping back into France for a longer stay will definitely be on the cards.”

Working in the mining industry since 1982, Craig is putting a hold on his mining career to follow his swimming passion but says the industry has provided him with fantastic opportunities, friendships and memories that he won’t soon forget.