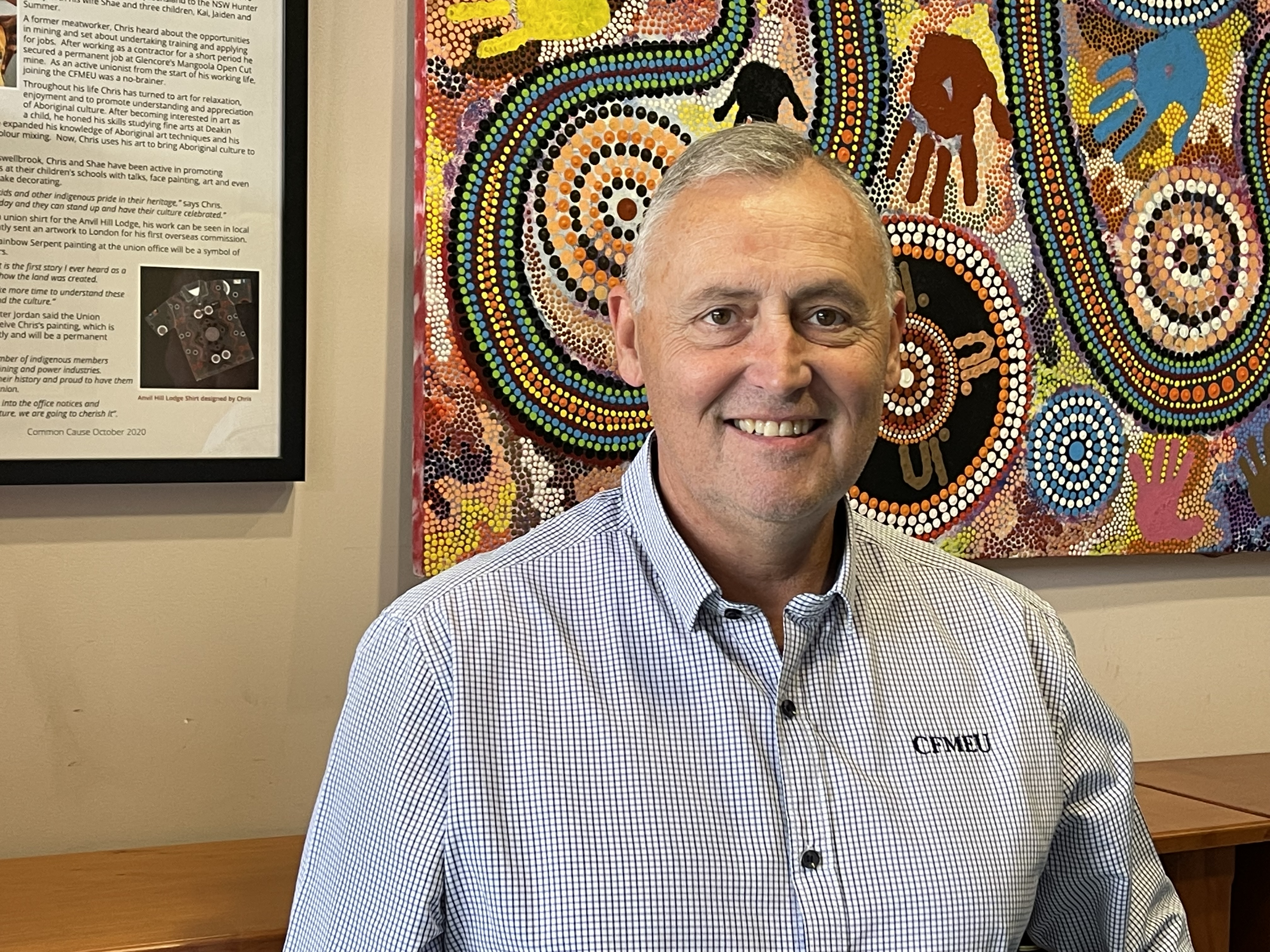 The remarkable history of the Mineworkers Trust began in the 1970s, when the owners of a small coal mine, at Nymboida near Grafton wanted to close their mine but didn’t have any funds to pay the workers their entitlements. The workers refused to accept this, so they staged a “work-in”, believing the mine was still viable. They set up roadblocks to stop access to the Mine while they continued to work. And so began “the Mine the Workers ran”.

The mine was worked until the resource was exhausted and enough money was made for the workers to receive every cent of their entitlements when it finally did close. Under the law of the day, any holder of a mining lease that was mined out became eligible for a replacement coal mine lease.

The Miners Federation was granted the United Collieries lease, just west of Singleton by the NSW Wran Government. In partnership with what is now Glencore, coal was and is mined and the Mineworkers’ Trust was born.

A royalty on every tonne of coal sold is directed to the Trust, which is entirely focused on giving back to the communities and organisations that sustain coal mineworkers and their families.

The Trust has supported projects too numerous to name, from air-conditioning in schools to equipment for local sporting teams, beds in hospitals, miners’ memorials and charity fundraisers. It has returned millions to communities since its inception.

On 19th May I was delighted to travel to Curlewis, a small village near Gunnedah, for the unveiling of one of the latest projects to be supported by the Mineworkers Trust, a monument to commemorate the 1983 Preston mine sit-in.

The extraordinary story and inspiring story of the sit-in is little known. In early March 1983 the RW Miller Preston Extended Colliery sacked 83 of its 106 mineworkers with no warning. They called it ‘Black Wednesday’.

Sixteen miners began a ‘sit-in’ strike in the underground mine, although two had to return to the surface for urgent medical and family reasons. They stayed underground for 55 days – a record for Australian sit-in strikes. The Preston 14 came to the surface to a heroes’ welcome. Hundreds of miners and their families cheered and clapped as the men emerged.

Their action persuaded the NSW Government to take action on the orderly development of the coal industry and the retention of coal jobs through the restructure of the Joint Coal Board. Fifty-three of the sacked workers got their jobs back.

During the final days of the strike, the Miners Federation’s Northern District Board of Management held its meeting underground, for the first time in Federation history.

The meeting was a tribute to the workers, their families and the Curlewis and Gunnedah communities. The Preston Sit-In Miners were fighting not just for their own jobs, but for the future of their towns as well.

The Mineworkers Trust was proud to provide funding for this project – along with our Union District and the Curlewis Progress Society – because it helps to keep alive the proud history of coal miners in our communities.

The Trust also invests in the future of mining regions, in particular through the annual scholarship program. Every year, Mining and Energy Union members, their families and dependents can apply for 20 scholarships worth $7000 each to assist with expenses for further education.

Across our District, the Trust is supporting mining and energy workers and their families to attain their educational goals in fields as diverse as radiation science, speech pathology, early childhood education, neuroscience and physiotherapy – an investment that will deliver benefits for decades to come.