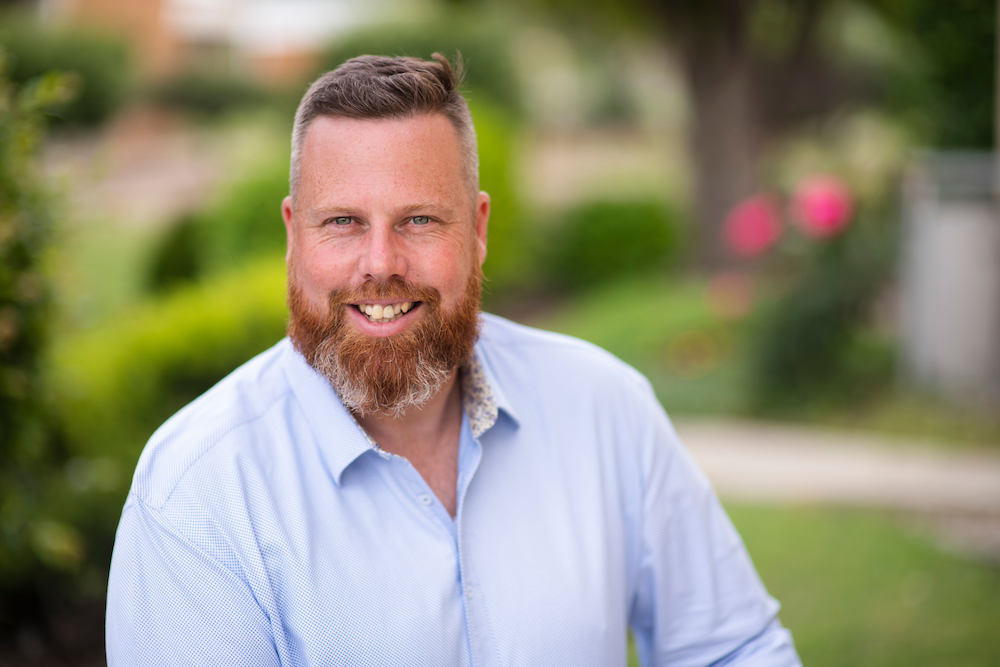 I’m Dan Repacholi and I’m the bloke who’s head you’ve probably seen all over town recently. I’m also taking over the reins from Joel Fitzgibbon as the Federal Member for Hunter.

In some respects, I’m not a likely candidate for a major political party as I’ve not come up through their system. I grew up in Victoria and left school at 15 to get my trade as a fitter and turner. I’ve also competed in shooting at the Olympics and brought home some Commonwealth Games gold – in fact, I met my wife, Alex, at a pub when I came to the Hunter for competition.

That’s how I settled just outside Cessnock, and Alex and I now have two beautiful daughters, Zoe and Asha.

Since coming to the Hunter I’ve worked in the mining industry, doing seven years as an operator and trainer at Mt Thorley Warkworth on D crew. After that I moved to an engineering shop servicing the mining and agriculture industries.

Politics wasn’t something I’d really considered for myself, it was suggested to me that I may be good at it. I’ve never been someone who backs away from a challenge!

What I noticed very quickly though is that the issues people are facing are the same ones my family and I confront – being able to get into a doctor, how cost of living is biting, and uncertainty about the future. I completely understood what people were telling me, and these are things I want to fight for.

The mining industry in particular is where uncertainty can lie, as we see the growth of solar, wind and hydrogen (to name a few). While there are people who want to buy our coal we are always going to sell it to them, but what’s very important is that everyone in the industry is looked after.

That means not being paid less just because you are employed through labour hire, it means making sure there are more jobs in more industries for those who want them, and fixing our TAFE system for the younger generation who to get a trade.

I’m not going to throw glitter around and say that mining won’t face challenges. We know the industry faces ups and downs in the market – it always has – and pretending that everything will always be roses doesn’t help anyone.

What I’m here to do is fight. I know what hard work means, and I know how put myself forward and give a challenge everything I’ve got.

I’d also like to say thank you to everyone who has supported me. I won’t lie, this campaign was a huge learning curve but I also loved every single second of it. I’ve certainly done some kilometres, but the people I’ve met and the conversations I’ve had have been so worth it.

To say that being your Federal Member of Parliament is an experience I never thought I would have is an understatement, but I am so keen to get stuck in and give this everything I’ve got.