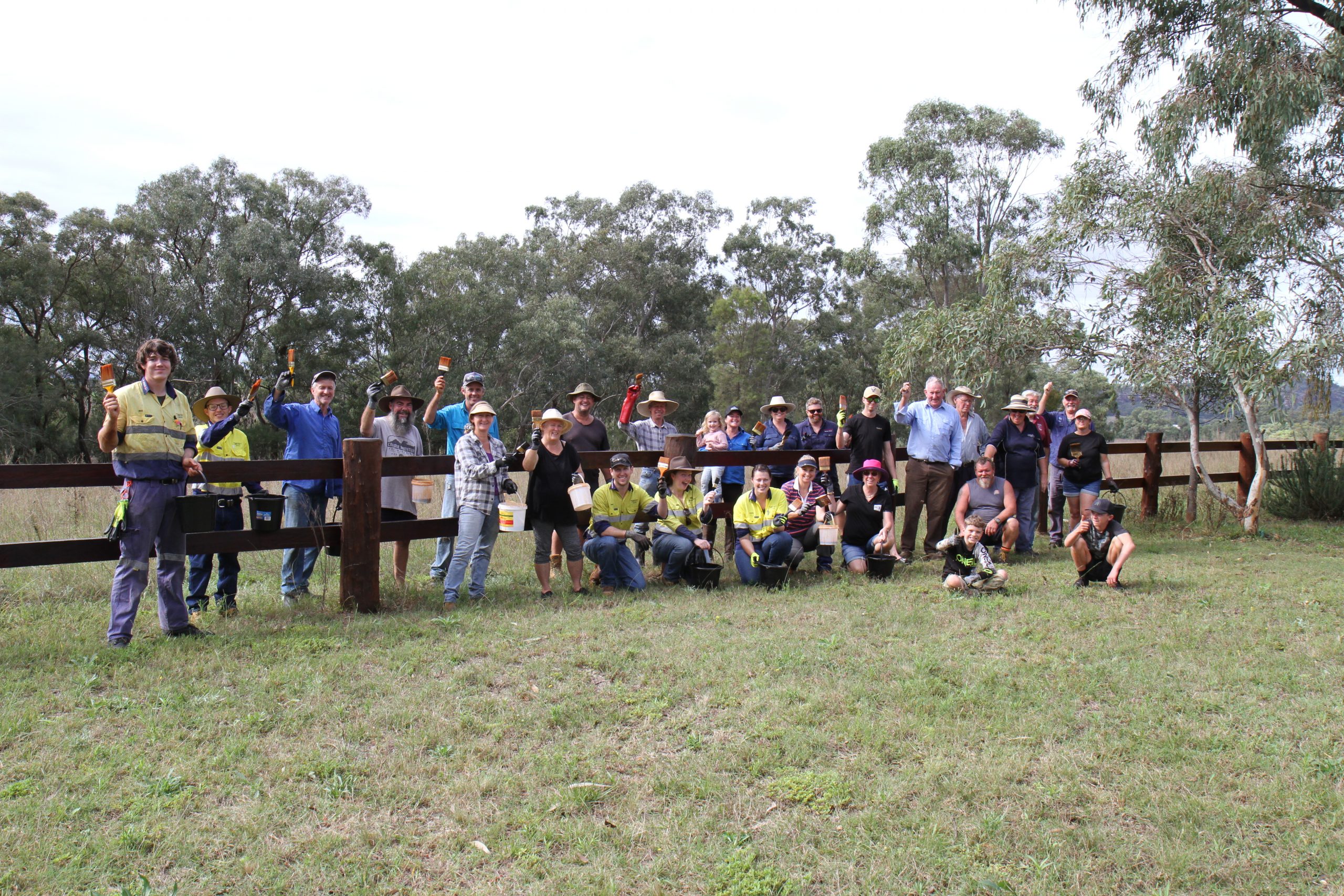 Residents and family members of those interred at Wybong Cemetery were joined by volunteers from Mangoola Coal Mine to paint the new fences surrounding the site.

Wybong residents, past and present, and volunteers from Mangoola Coal Mine were happy to give up a Sunday to help with some work at the community’s cemetery.

Wybong resident Tony Rawnsley said putting a new fence up at the cemetery was a project that came to mind when approached by Glencore Mangoola Open Cut about what in the area could do with some funding.

“It’s very important to a lot of these community members because they’ve got loved ones here,” he said.

“Mangoola Coal actually approached me looking for any big projects and I said, well one day I’m going to wind up in the Wybong cemetery and it’s been let go to complete disrepair, and he said, that’s a perfect project for us.”

Wybong community was settled in the early 1800s and the cemetery was ordained around 1862, originally it had a Catholic and Church of New England section, with a Jewish and Muslim section ordained some time later.

Mangoola Coal already support the site by mowing and whipper snipping, a job they also help out with at the nearby Wybong Hall. Environment and Community Manager Sam Palmer said that while the fence may seem like a small job, it is significant to many in the community.

“You can see what it means to the community to come out here today, you have people still in the area, people returning, and some made quite the trip to be here today, just to chip in,” he shared.

“We really enjoy being able to give back to the community because we see ourselves as a part of it.”

Mangoola Coal and parent company Glencore split the expense of the fencing materials for the job, and there were volunteers from the local mine on hand to help community members with the painting.

Annemieke Grosser was one of the volunteers that came along from Mangoola to help out and said that keeping the cemetery in good condition was important to the community.

“We know the history of the area and we know that there are many people who come to visit their loved ones here. It just means a lot to them.”