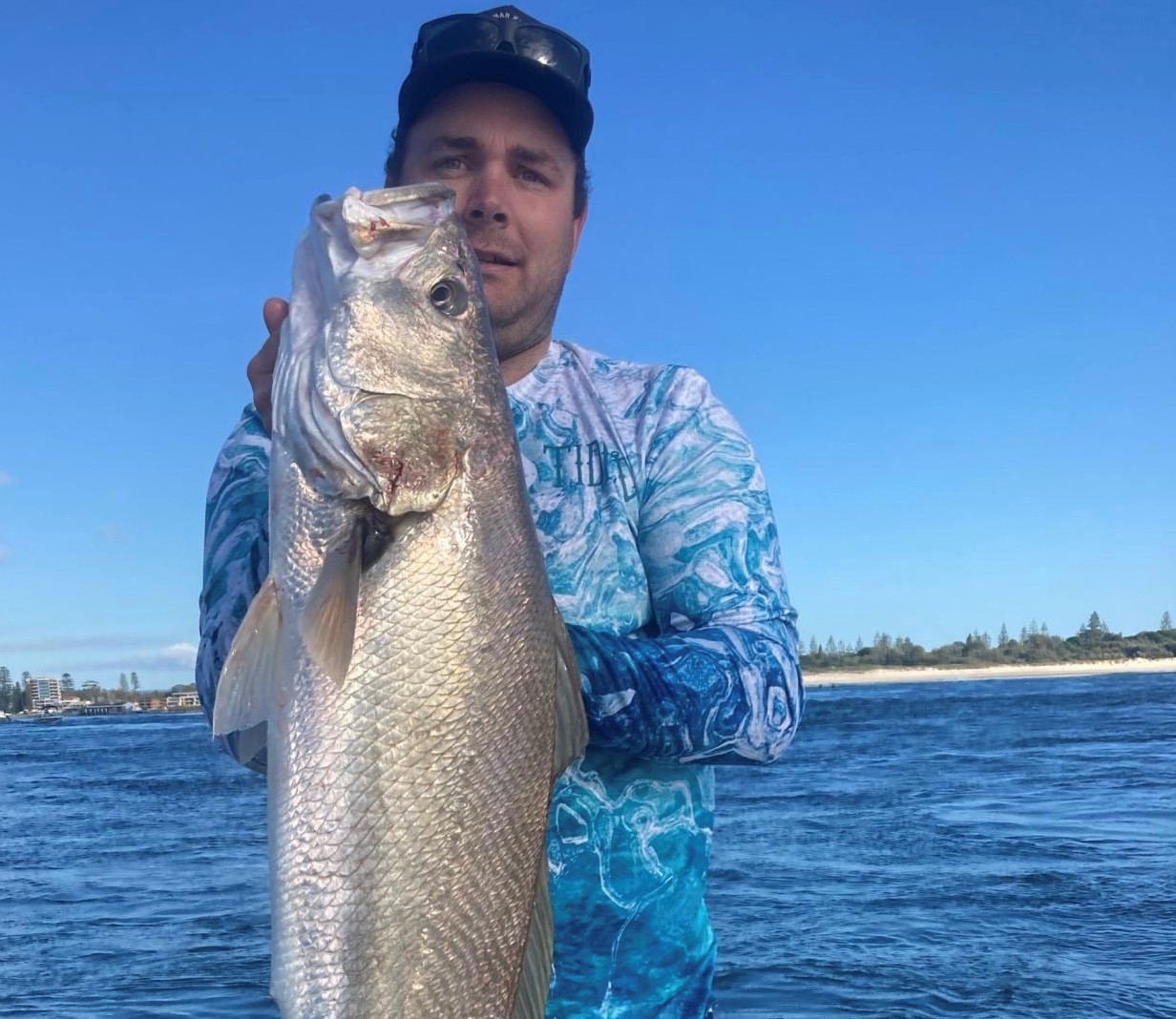 This month, the Jewies around the estuaries will be well worth a shot. Roy tells us he’s got them dialed in up the coast, with live baits being the key to snag a few.

What’s a winter without camping, relaxing around the fire, and of course, enjoying some fishing! Whether it’s in the bush or on the coast, it’s got to be up there with one of the best ways to unwind.

With the Marlin season pretty much benched the focus is now on the Yellowfin and Bluefin Tuna. We are currently seeing a couple of upwellings sitting out wide off Forster and the other off Sydney. It will be a waiting game to see if one of them push into striking range.

Closer to shore things are red hot especially if the target is Snapper, Kings and Trag on the reefs. Snapper are really thickening up as the water starts to cool down.

The Mullet have bailed out and now it’s time for the Bream and Blackfish to begin their run. So dust off the Blackfish and Bream gear as there’s plenty of options. Whether it’s soaking a few baits or throwing a few lures around structure for the Bream or waiting eagerly for a down while chasing Blackfish. Things are really starting to fire especially with the recent unsettled weather.

Squid will be active this month and to be honest it’s the best time to target them. As the waters have had a chance to clear up a bit the chances are getting better and better.

This month from the rocks we sure have plenty to target. Squid will be in great numbers around the sheltered rocky bays.

Pelagic’s will be working their way back up north so still well worth a shot.

Salmon and Tailor will be moving through, spinning a few metals or slow rolling pillies will bring a few undone.

Tight into the structure we will see Bream, Blackfish and Drummer holding around the rocks in good numbers.

From the beach the fishing will be action packed as we will have Bream, Tailor and Salmon filtering through the gutters. Winter Jewies are always an option fishing the tide changes with fresh baits the preferred option.

We are back on in the Western rivers and it’s really good to see the fishery continue to bounce back as the fishing has been pretty good across the board.

If you’re a little crazy and don’t mind a challenge – and are not afraid of freezing to death – then now is the time for the brave and the extremely patient humans to hit the dams on the hunt for the elusive Murray Cod off the surface.