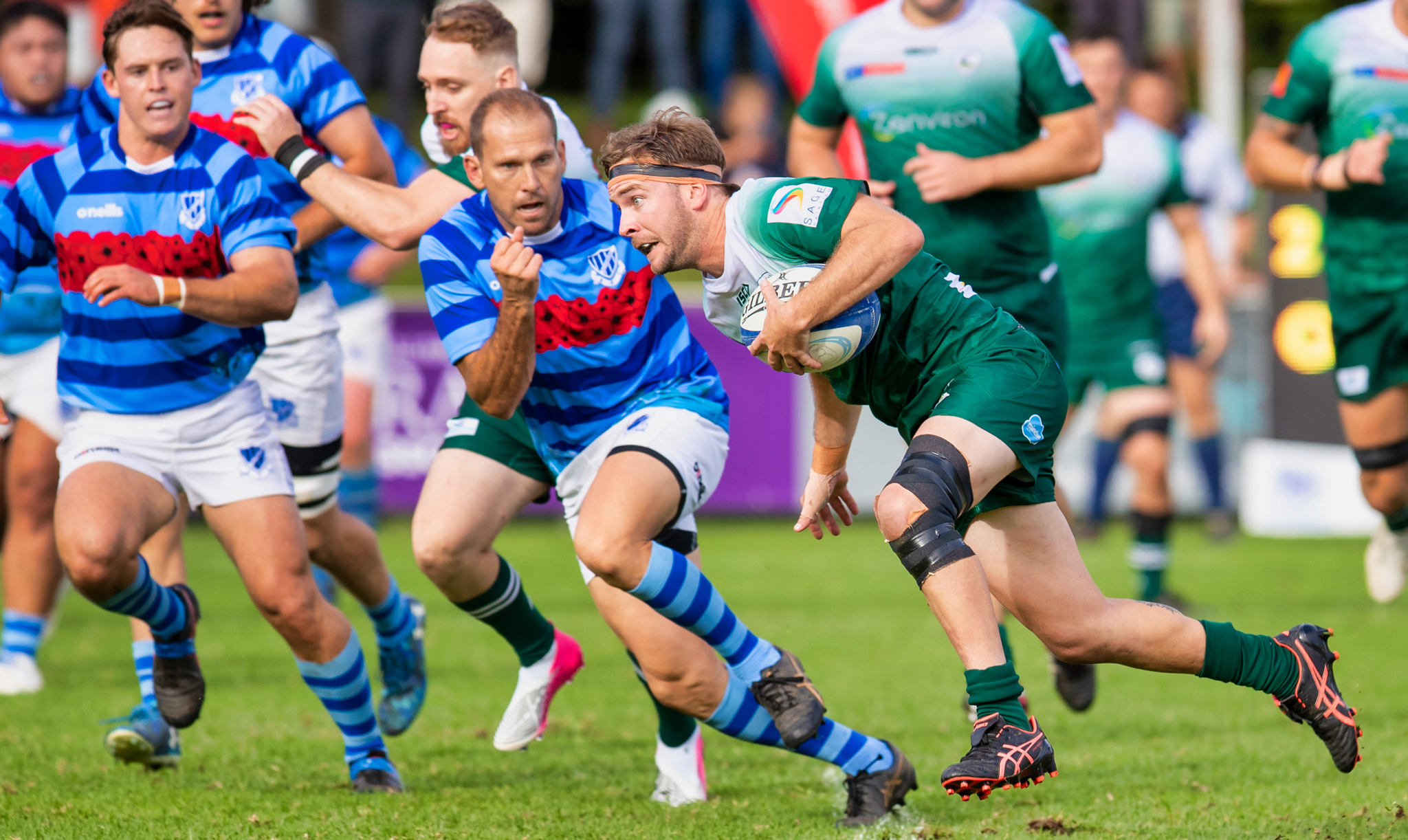 The Wanderers Rugby Club and Mereweather Carlton are some of the biggest rugby rivals in the Hunter and Newcastle region, but teams left the rivalry for the field paying tribute in the mornings Anzac Day Service to the generations of Australian and New Zealand servicemen and women who have defended our nations values and freedoms, in wars, conflicts and peace operations for over 100 years.

Each team then entered the field in their specially designed commemorative jerseys for a gripping game.

Peter Chrystal, Wanderers Rugby President was proud to watch the two teams battle it out for the win on such an important day.

“Merewether took out Premier 1 24-23 in a close fought and outstanding game of rugby,” said Peter.

“More than 3,500 rugby fans had a great day of rugby to kick off season 2022 and recognised our Anzac’s with a moving ceremony before the Premier 1 game.”

The Adams-Halter ANZAC Shield was created to represent the rivalry between Wanderers Rugby Club and Merewether Carlton, while commemorating and paying tribute to our Anzac’s.

Named after legends and ex-servicemen from both clubs, Neil ‘Noodles’ Adams and John ‘Fats’ Halter, the Shield is also a nod to the many rugby games played overseas between soldiers as a bonding exercise during war.

“These two players were ‘bitter rivals’ on the field and best of mates off the field forming a lifelong friendship that endures to this day with their families,” said Peter.

“They are both legends within their Clubs and recognised as stalwarts of Hunter rugby in the wider rugby supporting community.”

Born and bred in Singleton, John Halter was originally introduced to the game of rugby with his twin brother Rodney at St Joseph’s College, Hunters Hill and to this day still holds the record for the most first grade rugby appearances in the Hunter – 286.

The Shield was reinvigorated last season when more than 3000 people turned up to Townson Oval and this year, with Anzac Day available the game was played to reflect the mateship of these two giant men of rugby.

“We spoke to the players about remembering the significance of what Anzac Day means, to remember the mateship and lifetime memories with those mates that are created when you’re working together,” said Peter.

“Yes, this is a game of rugby and we don’t try to compare it to what our service personnel experienced, and still experience, but you create lifetime memories and mates in rugby.

“We reminded the players of those that came before them, that help build the club, create the culture and make rugby strong – respecting our past and building our future.”