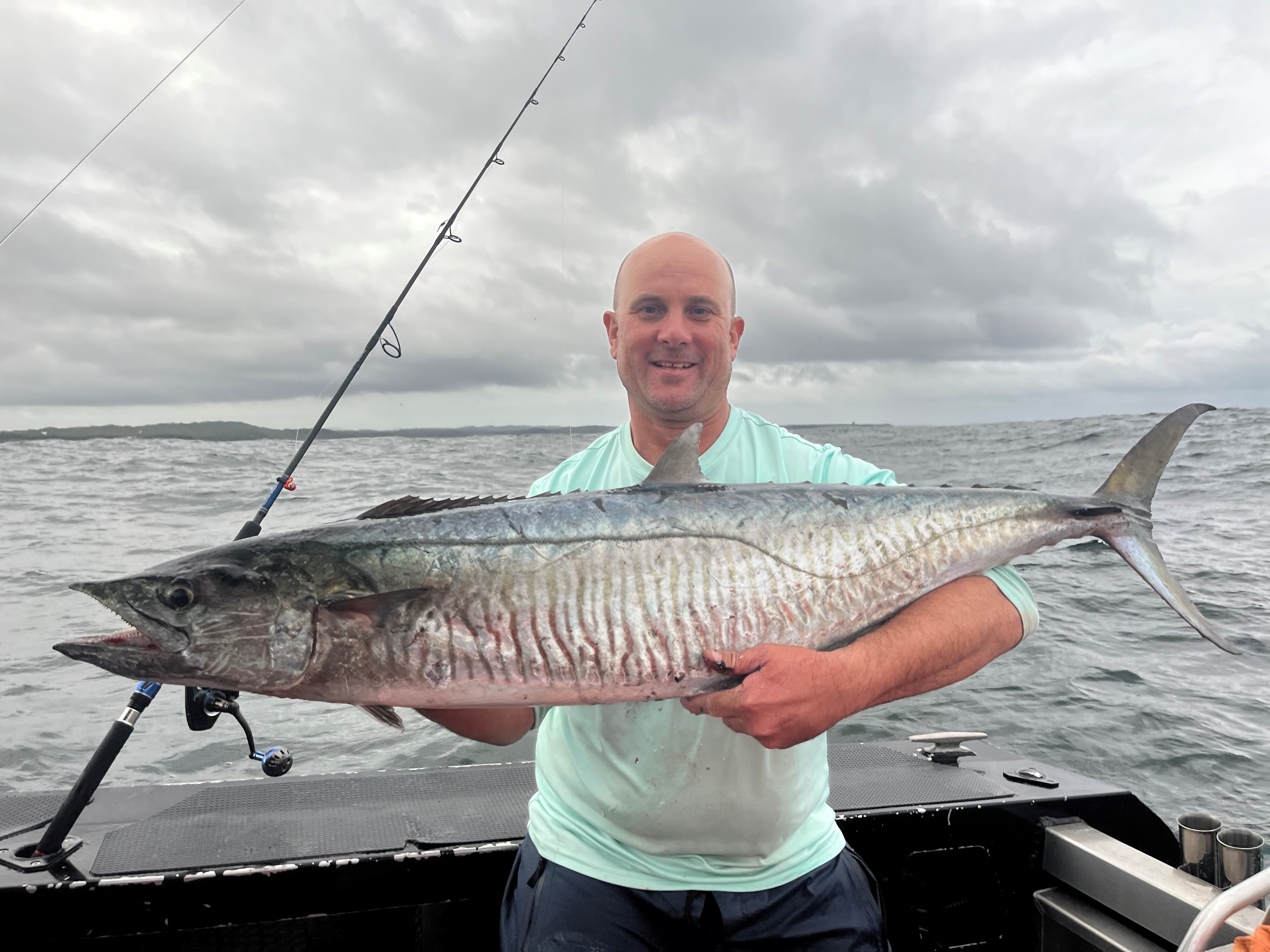 Short and sweet trip up the coast chasing Mackerel before the rain bomb unloaded on us and sent us packing early.

Autumn is the fishing season! Don’t let a bit of dirty water keep you away from the action.

As this wild weather continues it has the Snapper on the chew literally everywhere. Cobia are showing up in some exceptional numbers especially off the Bay around the islands and headlands. Longtail Tuna have turned up for a visit as well.

Squid numbers have been a little slow with the dirty water in most areas offshore. Hopefully things clear up a bit so we can target a few leading into Winter.

The Marlin season has been a roller coaster ride again. The fishing on the inshore has been slow going but it’s not over yet.

We recently had a Black eat a Snapper while fishing the reefs off the Bay. On the shelf the fishing has been consistent with decent numbers of Stripes, Blacks and a few solid Dollie’s as well.

The fishing along the shelf will continue to fire especially with the current starting to back off. Keep on the lookout for the dregs from the floods as they make their way South. You could be in for a cracking time with all sorts of things such as Wahoo, Dollies, Kingfish and Yellowfin Tuna holding under the drifting FAD’s so don’t pack the gear away yet.

The recent rain won’t really hamper things around the Dams. All reports are indicating the fish have pushed up onto the recently flooded banks and are on the bite.

Other than dodging debris washing into the local beaches causing a few minor issues at times, the fishing will be sensational as we will see all the species hit the washes together. Whiting, Bream, Tailor and of course the Jewies. As the fresh continues to push out combining the fresh and the mullet run, Beach Jewies are a good chance.

The fishing has been really good in and around the Lake with the Channel being the pick of places to pick up a Flattie or two.

Tailor and Kingfish are also moving around the Channel with some really good fish in the mix. The colour of the water hasn’t seemed to worry the Squid either as they have been consistent around the Murray’s Beach and drop over areas.

Inside the Lake there’s been a few Snapper and Jew holding around the bait.