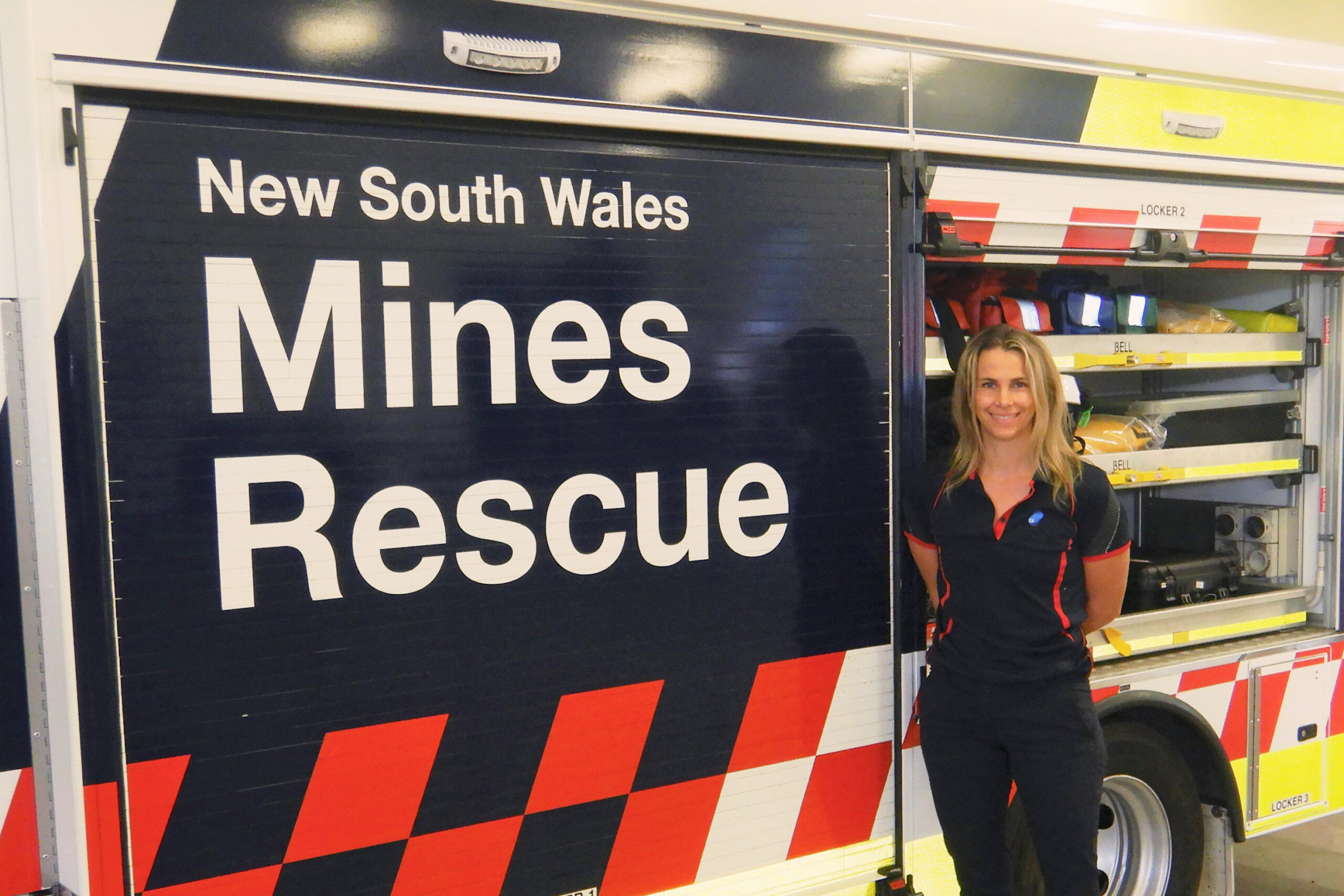 Erin Lee was the winner of the 2021 NSW Exceptional Woman in Mining award and throughout her remarkable career has been breaking new ground for women in the mining industry.

Exceptional: adjective: unusual, not typical; someone or something that has a particular quality, usually a good quality, to an unusually high degree.

Erin Lee smiles and shakes her head when the definition of ‘exceptional’ is read to her.

“I just don’t see myself that way,” she laughs. “I’m just me. I’m doing what I love and I want everyone to be their best.”

Her modest response is typical of her nature. But to those who know her, it is an accurate description and the reason why she was named 2021 NSW Exceptional Woman in Mining and was also a finalist in the 2021 Women in Resources National Awards (WIRNA).

Growing up on a cattle property instilled in Erin a strong work ethic and values which have driven her through her impressive career.

While Erin would say that her career path is no different to anyone else, she stands out within the underground coal mining sector with a series of ‘career firsts’, paving the way for other women joining the sector.

She later became one of the first women in NSW to pass the Mining and Petroleum Competency Board Assessment to hold a practising certificate as an underground coal mining engineering manager.

When it comes to diversity, rather than gender diversity specifically, Erin encourages everyone to consider different perspectives and ways of doings things.

Erin’s tenacity and resilience has helped her to overcome various challenges in the workplace, as well as juggling the demands of employee, wife, student and mother.

“I was unable to work underground when I was pregnant, so I had to find ways to perform my role from the surface. And when I returned to work after having my children, I was surprised by some of the reactions. Some people were quite upfront in saying they felt my place was at home! I worked to changed perceptions by turning it around and reflecting how they would feel if it were their partner or sister returning to a role they had trained hard for; doing what they loved.”

“Flexibility is critical for diversity. It’s about being open to new ways of doing things, challenging the status quo. It can be as simple as starting small by encouraging people to attend their kids’ extra-curricular events for example or providing other family support as needed.”

On being a role model for other women in the sector, Erin is a passionate advocate and mentor for young women joining the mining industry. Through her professional network she is recognised as someone they can seek out for advice – and she is happy to do so.

“When I was at uni studying engineering, there were only a handful of other women in the class. It can be a daunting experience, the feeling of having to prove yourself all the time just because you’re a woman,” she explained.

“It doesn’t matter if you are male or female. If someone is passionate about what they do and come to me looking for support, I will do what I can to help build confidence or help with any challenges they may be facing.”