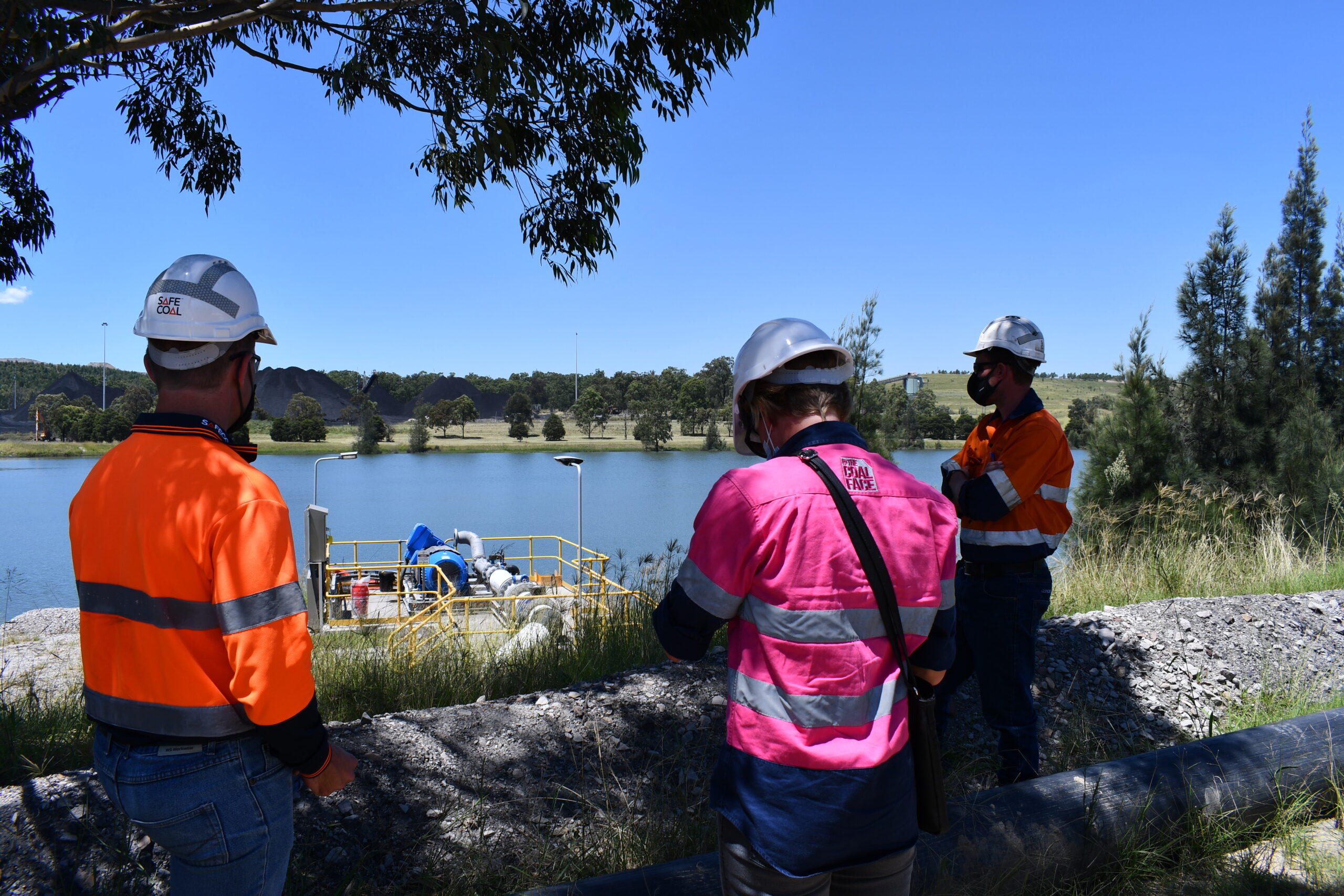 @ The Coalface on a tour of Glencore's Greater Ravensworth Water & Tailings Scheme.

Recently @ The Coalface had the opportunity to take an up close look at Glencore’s Greater Ravensworth Water and Tailings Scheme (GRAWTS), an innovative approach to reusing and recycling water across five of their Upper Hunter sites.

First established in 2014 with an initial four sites, Mt Owen, Liddell, Ravensworth and Glendell, GRAWTS expanded in 2018 to include Integra operations, bringing it to its current configuration.

The scheme is part of Glencore’s sustainable mining practices and ensures that each operation reuses and recycles as much water as possible.

In addition to storing water generated on each site and optimising its use, a 130km network of pipes allows them to transfer water between the sites as required.

This means that there’s less water drawn from the local river system which minimises impacts on local tributaries.

In 2021, 97.4 percent of the water used across the operations came from the scheme, with only 2.6% of the water sourced from the Hunter River System, primarily for use around the Mine Infrastructure Assets.

Tom Ernst, Manager of the GRAWTS project, has been involved for the last two years and is proud to be working on the project which is now a proven success.

“This scheme is an example of best practice operations as it ensures that water is utilised as efficiently as possible and reduces reliance on external water sources. Each operation has different water usage requirements and capabilities, by establishing this network it allows the sharing of water between each operation achieving both operational and environmental benefit. With operational water storage capacity exceeding 17 giga-litres, rainfall runoff generated in the mining areas during adverse weather events like we have experienced over the past year can be stored for future use,” explained Tom.

The environmental benefits are not just the reduction of water usage from outside sources. The use of a common tailings storage facility for GRAWTS has mitigated the need for additional tailings dams if the sites were run independently. This in turn improves the rehabilitation outcome for their operations.

It’s a project that encompasses an enormous area, taking about two days to cover its entirety in detail.

Every day over 70km of pipelines are inspected in addition to constant monitoring of dams, pumps and pipelines through automated control systems. To see some of it in action, Tom took us on our tour of Mt Owen and Glendell where we were also joined by his colleague, Water Management Coordinator, Tom Cox.

Both Tom’s are Singleton locals and have strong ties to the community. Chatting with them both it was clear to see that they took satisfaction in their work, knowing that the region they both love is benefitting from it.

“Historically mine operations in the area have relied on local rivers and tributaries to meet their water needs and what we have demonstrated is that with the right investment and commitment you can reduce that need. I’m proud to be involved in a project that is having such a positive impact on the region I call home,” said Tom.