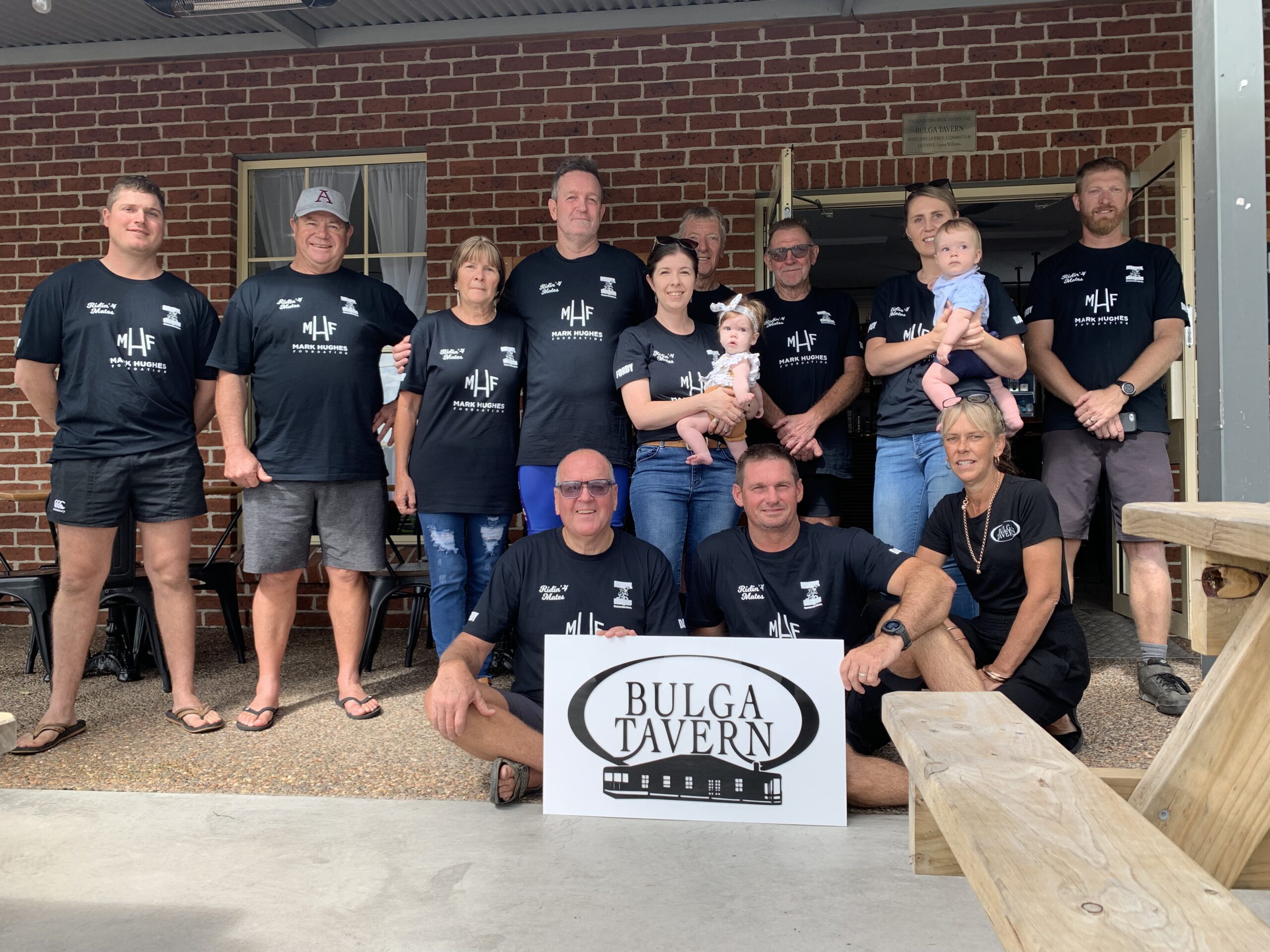 Some of the legends behind Ridin 4 Mates.

On a recent Sunday at Bulga Tavern, I met up with an amazing group of people, all gearing up to be a part of a 650km bike event to raise money for brain cancer and to honour lost mates.

Ridin 4 Mates is a charity ride from Tumut to Bulga kicking off on September 13, to raise money for the Mark Hughes foundation and to raise awareness of brain cancer. But for event organiser Brad Bates, it’s so much more than that.

“It’s really about paying tribute to two great mates who we tragically lost to brain cancer,” shares Brad. “6 years ago, my good mate Mick Ford passed away and then tragically last year we lost Gary Harris, or Dale as he was known to everyone. I promised when Mick died that I would do something to honour him. I could never have imagined that we would lose Dale too. This ride is all about honouring two of the most top blokes you could ever hope to meet.”

Brad, Mick and Dale all began their friendship at Mt Owen as operators where they worked alongside each other for many years. Mick worked there for 12 years before he passed away at age 48 and Dale for 17 years before passing away at the age of 61. Brad is still there after 16 years, though these days he keenly feels the absence of his mates.

“We had some bloody great times together over the years. Mick was such a good bloke and everyone loved him. We’d get a new starter in at the mine and he would always take them under his wing. He was just so down to earth and willing to do anything for anyone. And he never whinged about anything. The last time I spoke to him he said to me, ‘I’m alright mate’. He just never stopped thinking of others.”

At Bulga Tavern to meet the riders after a training session for the event, I also got to meet with Dale’s family and though it was an emotional conversation, I saw through their eyes the stand-up man that Dale was.

His wife Faith, daughter Sammy and husband Dane, son Matt and wife Bri were all quick to praise Brad for what he is doing.

“We are forever grateful to Brad for the effort he is going to for this event. The generosity he has shown our family, not just for this event but when Dad passed away, we will never forget and are truly thankful for. Brad definitely thinks of others before himself,” said an emotional Sammy.

“Dad was extremely fond of his work crew, and they were not only his colleagues but very much his friends. I’m not sure if they all realise quite how important they were in Dad’s eyes.

“Dad was a man who left a huge impact on anyone who met him. Whether it was his laugh, his chats, his handywork or just his generosity, we find it comforting to know how big of a mark he left in this world to all that knew him.

“Raising money for the Mark Hughes Foundation is very important to our family as we have seen firsthand the work they do, and the support they gave our family in the time Dad was sick was a godsend. They organised Dad’s appointments and came to appointments with us, checked in via phone and when Dad was in palliative care they were available to help us with information or contacts or even just to listen to us cry and talk.”

As I spoke with Dale’s family, I was also introduced to the two newest members, his beautiful grandchildren Eadie and Charlie. Dale never got to meet his grandchildren before he died, which is why keeping his memory alive with events like this is so important.

The 5-day mountain bike ride will finish on September 18 at Bulga Tavern. It’s a day of extra significance as it is also Dale’s wife Faith’s 60th birthday and Mick’s parents 54th wedding anniversary. Whilst there will no doubt be many tears shed, it will also be a day of celebration in memory of two great mates.