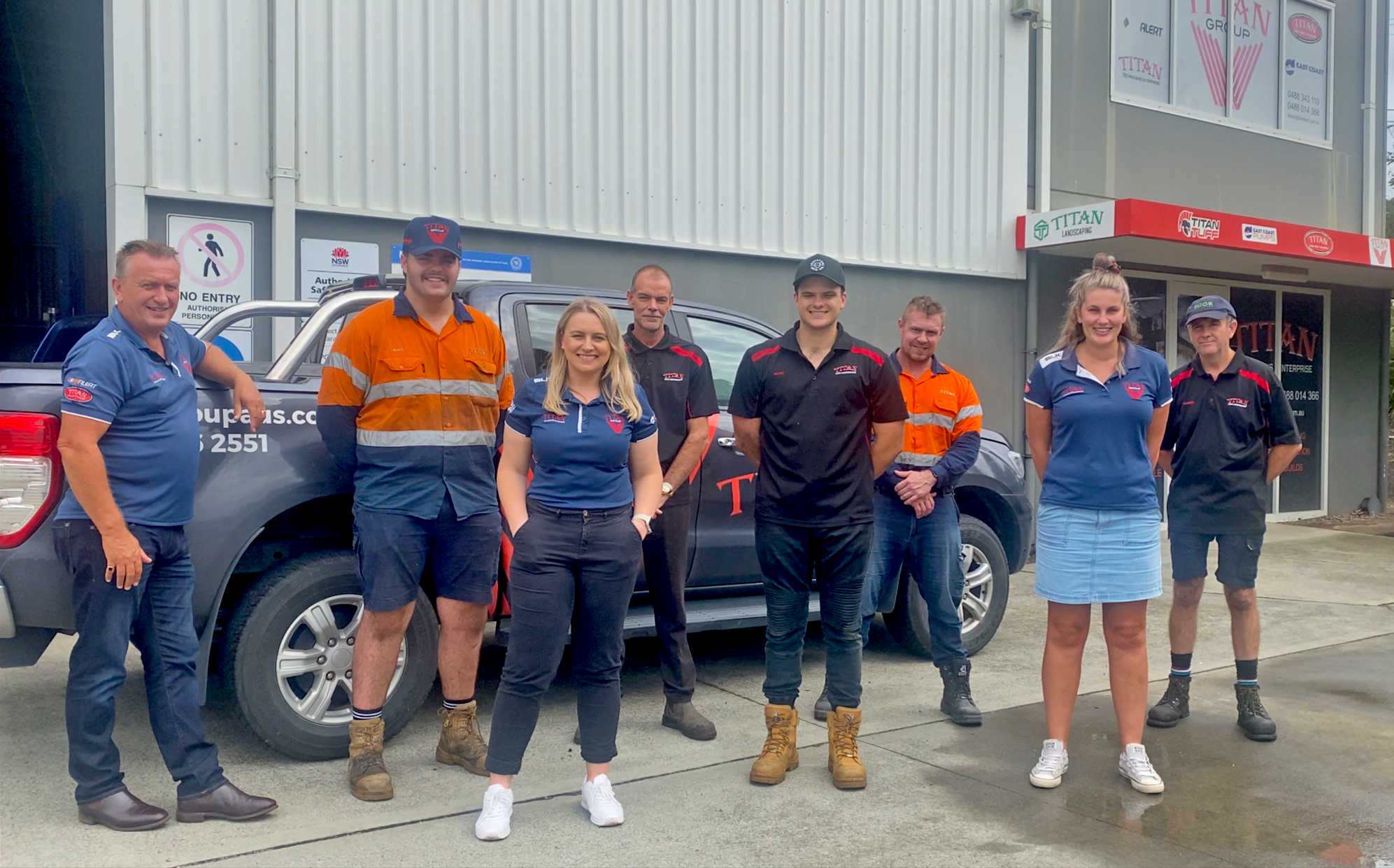 Titan Technicians celebrated 10 years in business on January 12, 2022 and the celebrations are set to continue all year long.

In 2012, Titan Technicians was established by Steven Freeman and Rick Markham with just 10 employees. This year they celebrate a decade in business, and there’s a lot to celebrate.

The journey hasn’t been easy, but the business has seen natural progression and growth and has adapted to successfully manage every challenge thrown at them.

“We went through a couple of tough times with the mining downturn resulting in downsizing and working from a house in Gillieston Heights for a couple of years,” said Steve Freeman, Managing Director.

“Our goal during this time was to remain sustainable and that’s exactly what we did, quickly ramping up the team again and seeing substantial growth year by year.

“We moved to our current building in 2017 after outgrowing our Gillieston Heights location and opened up the Titan Auto workshop to reduce the costs we were spending on our own fleet as well as opening up to the public.”

From there the Titan Technicians team continued to identify additional service and supplier needs resulting in the establishment of Titan Tuff, a PPE, equipment and solutions provider for the mining, civil, rail and agricultural industries; East Coast Pumps, providing pump solutions from small pressure washer servicing and farming irrigators through to large mining pump infrastructure; and Titan Endurance, a supplier of hydration, apparel and equipment.

Now under the Titan Group banner, these 5 core companies, all based in Thornton, have become a one stop shop for a large range of equipment and services.

“Moving from Titan Technicians to Titan Group as our umbrella company, we’ve really tried to embrace the whole group entity whilst maintaining those family owned values that made the business what it is today,” said Steve.

Today, with 110 employees over the 5 companies, Titan Group are passionate about supporting and upskilling every member of the team.

In the past 5 years they have supported over 25 employees successfully upskill their existing mechanical trades to a Cert III in Mobile Plant Technology and in the past month have had 6 new employees new to the mining industry, sign up to an individual upskill, utilising recognition of prior learning and hands on site-based programs.

“Each employee has their own progression goals, so they might start as a trade assistant and move into a service cart role or start in light vehicle and move to plant, we’re here to support every team member in their ambitions.”

Kicking off in 2012 with only plant mechanics and fitters for the mining industry, the company has now expanded and diversified with plant mechanics, service cart drivers, trade assistants, electricians, fire watchers, storeman, supervisors, coordinators and planners working across mining, civil, rail and agricultural industries.

Their ability to adapt to change over their 10 years is a major contributor to their success. The business took a fair hit during the first round of Covid in regard to staff, having to reshuffle the workforce and in some cases help employees find alternate employment.

During the second wave of Covid, they were able to retain their entire workforce, but they did come across challenges with team members having to isolate due to being a close contact or catching Covid themselves.

“Covid has had an impact on staff, but we feel as though we are now in the position to successfully manage any challenges that may arise in the future,” said Matt.

“Even today with the current labor shortage, the requirements for our upskilling is a huge challenge.

“A lot of the shortage is due to changes in legislation for plant mechanics, so they need to have a Certificate of Proficiency and Mobile Plant Technology to be able to go onto multiple sites.

“We’ve had to adapt and find ways that we can support people to upgrade their trades and have managed by upskilling current staff inhouse to provide them with nationally accredited training.”

Titan Group’s resilience is impressive, even more so as throughout all of these challenges the business has been actively giving back to their community with involvement in numerous organisations from grassroot sports – Rugby Blacks, Singleton Netball, North United Wolves Soccer Club, Women’s Premier League Soccer, Maitland Mustangs Basketball – to the Voice for Mining round at the Newcastle Knights, local netball teams, Hunter Valley rodeos and country music festivals.

They’ve supported small not for profit organisations like Fight for Connar, Josies Cause, Help Sebastian Soar, Westpac Rescue Helicopter and employees have recently participated in Dry July and Mullets for Mental Health.

“In 2021 we signed the Veterans’ Employment Commitment and are a proud supporter of veterans employment and to further show our support we have partnered with ‘Solider On’ in Singleton who help veterans and their families to secure long-term meaningful employment,” said Matt.

There’s been a lot to celebrate over the past 10 years, but Matt said the main thing they want to celebrate is their past and present employees who they aim to give back to over 2022 with team golf days set for March 25 and April 1 to show their appreciation.

On that point, Founder Steve Freeman, who is still at the Titan workshop on a daily basis overseeing group operations, concluded, “Our 10 year milestone has been a huge achievement that we couldn’t have reached without dedication and hard work from everyone that has been involved within the Titan Group.”

“I would like to acknowledge and thank our past and present employees and customers in contributing to establishing a successful and sustainable business that will continue to support the local community.”