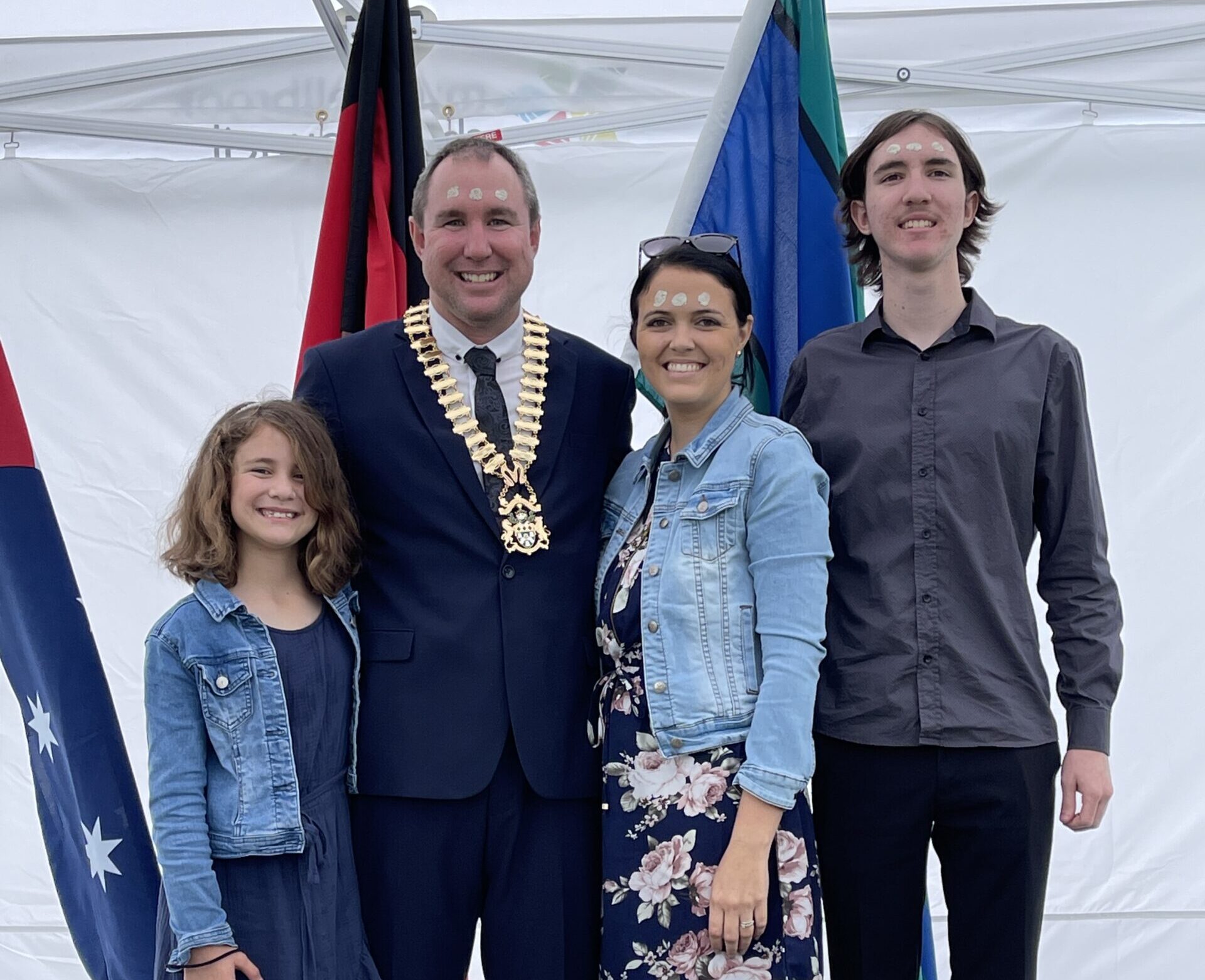 This month I enjoyed a nice lunch at the Royal Hotel Muswellbrook with newly appointed Muswellbrook Mayor Steve Reynolds, to find out how he went from being a coal miner to a mayor.

You don’t get much more local than Steve, or Reggie as most of you already know him. “When I checked with my parents, Mum’s family has been here in this area for beyond 5 generations,” Steve proudly shares. “We’ve been entrenched here since before even coal mining by the sounds.”

And it looks like the Reynolds family will be staying around for a long while yet. You would be hard pressed to find someone who loves their hometown as much as Steve. “I love Muswellbrook, and even though I have had the opportunity to leave several times, I couldn’t imagine being anywhere else. It’s the people that make a community, and I have had nothing but a positive life here. It really is an amazing place to live and I don’t believe enough people know that. I’ll be making it one of my missions as Mayor to make sure that more people do.”

At only 40 years of age, Steve’s young to be Mayor, but he said his age was actually one of the main reasons he put his hand up for Councillor back in 2016.

“I was sick of looking from the outside in and not being able to contribute. I thought it was important to get a younger generation involved and let them have more input, but I didn’t see many people my age putting their hands up. So I thought why not me? And I know it sounds cliche, but I genuinely wanted to make a difference in the Muswellbrook community and bring back the spirit here I grew up with.”

Steve worked in real estate and as a trainer for an employment agency, but the role that really defined his working career was in the mining industry. He worked at Mt Arthur Coal as an operator for 8 years before an accident left him injured and having to forge a new career path.

That’s when Steve came in the door of @ The Coalface, coming on as our General Manager in 2018. Steve’s love for the Muswellbrook community and mining industry made him an asset to our magazine. But unfortunately for us, Steve’s passion for his community led him into a new direction as he looked for more ways he could contribute. Now after the many years of work he put into his role as a Councillor he’s been elected by his fellow Councillors to lead them as the Mayor. And he sure is planning to make the most of it.

“I can say all the usual things about what I stand for such as accountability, transparency and values, but what it comes down to is I plan on listening to the people in the community and ensuring the needs of our region are met. Local communities and local people must have their say, it’s time for change,” Steve tells me earnestly. “I’ll be working as hard as I can, with my team, to engage with the community and be accessible. It’s one thing to say you’re going to do something; I aim to get stuck in and do it.”

On how he’s settling into the role, Steve said it’s been simply fantastic. “There’s been such support from everyone here at Council and it’s a real positive environment. I hope we can really build on that sense of unity and create a great culture where everyone in the community feels included and has a voice.

“I don’t think many people really understand that Councillors take on the role for the love of their community and because they want to help. It’s certainly not for the pay,” he adds with a laugh.

Steve’s patient wife Ash has been by his side, supporting him through the rollercoaster of a ride these last few months. With three kids, Braith (17), Isabella (9) and Jack (3), this is already a family with a lot going on.

Steve’s also starting a diploma in mental health this year so it’s only going to get busier. “Though I do have an amazing Personal Assistant now,” says Steve with a laugh. “That’s sure going to take some getting used to.

“I’m really just incredibly grateful that I have been trusted with this role and I am going to give everything I’ve got to make sure that trust in me is deserved. I hope that we can leave a legacy to be proud of.”